Posted by: admin Categories: Coronavirus
Comments Off on Covid-19 Pandemic: Live Updates and News for May 16, 2021

Singapore plans to close public schools this week and move to home-based learning, as a spike in unlinked cases poses the biggest challenge since last year in the city’s efforts to tackle the pandemic.

Amazon.com Inc. and one of India’s largest renewable energy companies are boosting supplies of oxygen concentrators to the country in desperate need of the life-saving medical equipment as a brutal second wave of Covid-19 infections sweeps through its towns and cities.

The U.S.’s rolling one-week average of new virus cases fell to the lowest level since June. 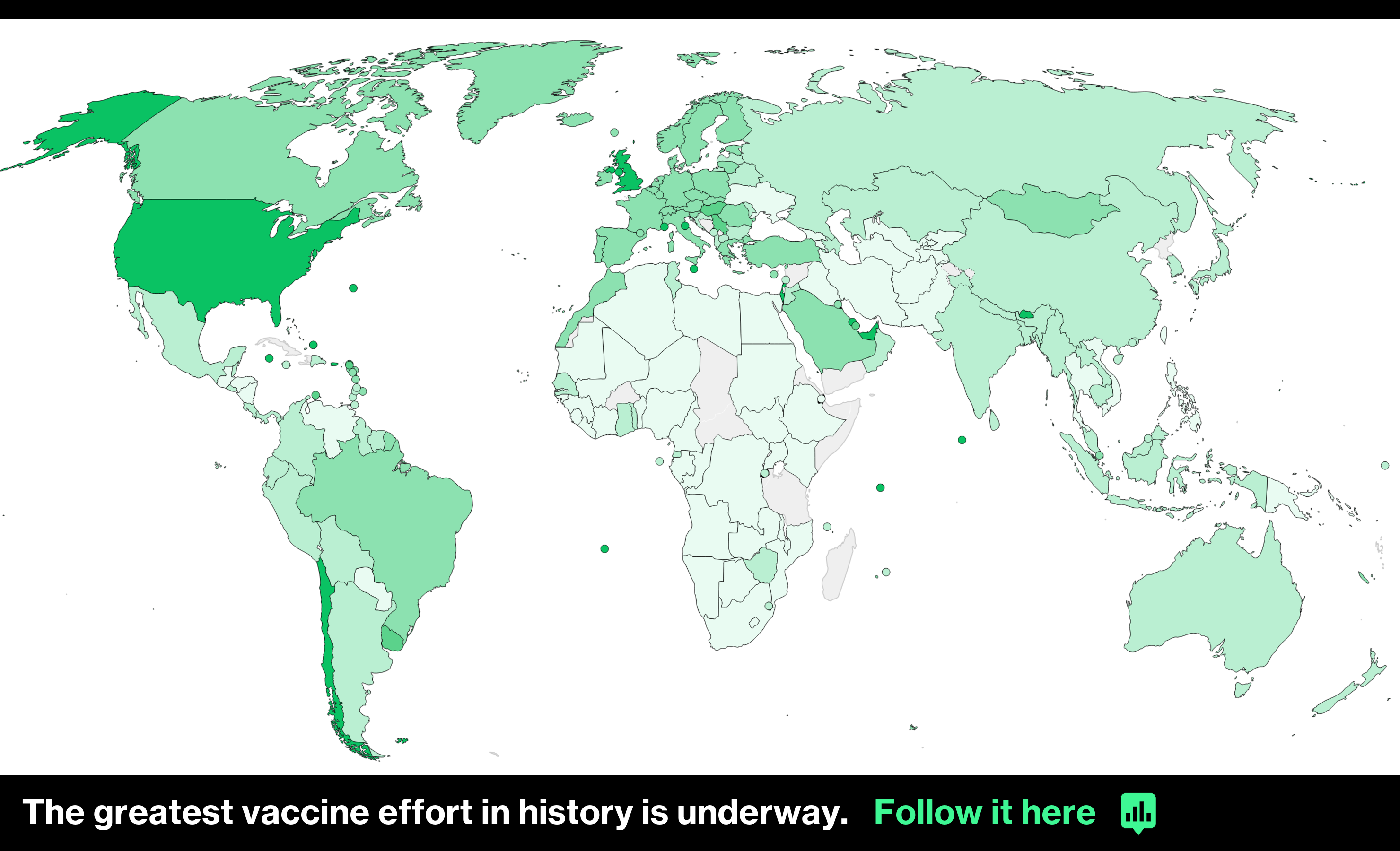 All primary, secondary, junior college and Millennia Institute students will shift to full home-based learning from May 19 till the end of the school term on May 28, Singapore’s Ministry of Education said on Sunday. Preschools and student care centers remain open to support parents who have to work.

Ireland’s Department of Health has been hit by a cyber attack similar to the ransomware one carried out last week on the country’s Health Service Executive, RTE News said on Sunday.

Covid-19 vaccination appointments and testing are underway, but there may be some delays in getting results back, the HSE said. Contact tracing is also operating, though it may take longer than usual, it said.

The U.S. added slightly more than 30,000 cases on Saturday, sending the nation’s rolling one-week average to the lowest level since late last June, according to data compiled by Johns Hopkins University and Bloomberg.

Even so, another 480 people died of illness related to Covid-19. That compares with peaks of more than 5,000 deaths a day in January and February.

Hyderabad-based Greenko said on Sunday that it had airlifted the first batch of 1,000 large medical-grade concentrators.

Turkey will ease its virus restrictions from Monday as new cases of Covid-19 decline following a three-week lockdown, offering a glimmer of hope for the summer tourist season.

Infections plummeted to 11,472 on Saturday from a record high of 63,082 a month ago, though that’s still above the target of no more than 5,000 cases set by President Recep Tayyip Erdogan when he announced the national lockdown from April 29.

Most travel restrictions will be lifted but nighttime and weekend curfews will remain in place, and restaurants will only open for food deliveries, according to an Interior Ministry decree on Sunday.

Indonesia will temporarily suspend the distribution and use of one batch of AstraZeneca Plc vaccines to conduct toxicity and sterility testing. The delivery of more than 448,000 doses arrived in the country last month as part of supplies from the global Covax facility. The testing should take up to two weeks, the health ministry said.

“This is a form of caution by the government to ensure the safety of this vaccine,” health ministry spokesperson Siti Nadia Tarmizi said in a statement.

More than 13.7 million people have received their first dose in Indonesia, while almost 9 million have had their second shot. No deaths have been tied to Covid-19 vaccines, government data show.

Germany’s contagion rate fell further below a key level, a trend that could trigger a loosening of some pandemic restrictions.

Infections dropped to 83.1 per 100,000 people over the past seven days, according to the RKI public-health institute. The incidence rate dipped under 100 on Friday and regional governments can start to lift restrictions if it remains below that level for five consecutive working days.

“This is a hopeful sign but we still need to be careful,” Health Minister Jens Spahn said in a tweet.

Taiwan registered a record 206 new local cases on Sunday, after adding 180 infections the previous day. The country is racing to contain its worst outbreak of the coronavirus, while averting a full lockdown.

Russians shouldn’t wait for the third wave of the pandemic and should get vaccinated, Tass news agency reported, citing Health Minister Mikhail Murashko.

Italy may permit second shots of the Covid-19 vaccine to be administered at holiday destinations. Europe’s third-largest economy has accelerated its vaccination campaign, with more than half a million shots given per day. This means most second doses are scheduled for August, when most Italians are on holiday.

While regional and national authorities debate the logistics of such a step, allowing shots away from home would boost the country’s battered tourism industry.

Italians are keen to be vaccinated, even overcoming initial skepticism over AstraZeneca Plc’s shot, whose use has been restricted because of blood-clot risks. In Rome, thousands of people queued up until late into the night on Saturday to receive their dose in the first open day organized by the Lazio region.

Covid-19 vaccines are highly effective even after the first dose, according to a large-scale study by Italy’s national health institute. Infections, hospitalizations and deaths all declined significantly about 14 days after the first shot. After 35 days, infections were 80% lower than among those who hadn’t received any dose, while hospitalizations were 90% lower and deaths 95% lower.

More than 7 million Italians who had received at least one vaccine dose between Dec. 27 and April 4 were surveyed. Two-thirds were given the BioNTech-Pfizer vaccine, while 29% received AstraZeneca Plc’s shot.

A health travel pass in the EU will be available from around June 20, French junior minister for European Affairs Clement Beaune said in an interview Sunday on Europe 1 radio interview. The pass will show either proof of vaccination against Covid-19, immunity due to past infection or the result of a negative PCR test.

Beaune says he’s pushing for quarantine measures to be lifted once the pass is operational. Only vaccines approved by the European Medicine Agency will be accepted as proof of vaccination. That would exclude Russian and Chinese vaccines, he said.

France will implement its own health pass from June 9 for major gatherings of more than 1,000 such as festivals and concerts, Beaune said.

The U.K. government will make its decision on whether to go ahead with the final lifting of Covid-19 restrictions on June 14, with the spread of the Indian variant in parts of the country threatening to delay the end of lockdown measures set for June 21, Health Secretary Matt Hancock said Sunday on Sky TV.

The government is seeking to increase daily vaccinations to 1 million a day as part of its drive to beat the Indian variant, the Sunday Telegraph reported. Current vaccination levels are less than 600,000 a day.

A cyclone is set to hit the western coast of India -- the country’s industrialized belt with big refineries and ports -- prompting authorities already grappling with a deadly second virus wave to start preparations for evacuating citizens.

Cyclone “Tauktae,” currently about 500 kilometers (310 miles) from the financial hub of Mumbai, is expected to make landfall Tuesday morning in the southern districts of Gujarat, with wind speeds touching 175 kilometers per hour, according to the India Meteorological Department. It has intensified into a “very severe cyclonic storm,” the national weather forecaster said in a tweet Sunday.

Local authorities in Mumbai have already moved hundreds of Covid-19 patients to other facilities. Prime Minister Narendra Modi told senior government officials to ensure “maintenance of all essential services such as power, telecommunications, health and drinking water,” according to a May 15 statement from Press Information Bureau.

India reported 311,170 new infections Sunday, continuing the downward trajectory seen in the past few days, bolstering hopes that cases may have peaked after a deadly second wave that overwhelmed hospitals and crematoriums. The case tally has crossed 24.6 million, according to the India’s health ministry. More than 182 million vaccine doses have been administered.

While the daily surge in cases is ebbing, there’s no let up in deaths with the Asian nation reporting 4,077 more casualties, pushing the total to 270,284. Those death toll numbers might be understated, according to local media reports of bodies floating along river banks in the northern states.

The Dainik Bhaskar, a Hindi newspaper popular across India’s crowded heartland, fanned 30 of its reporters along the banks of the river Ganga in Uttar Pradesh state. They found -- and photographed -- more than 2,000 corpses across some 1,140 kilometers (708 miles). The state government claims only about 300 are dying daily.

Their findings make grim reading: authorities are piling silt over more than 350 bodies lying in shallow graves in Kannauj, the reporters say; they see dogs gnawing at some of the 400 corpses just a short distance from a crematorium in Kanpur; they count 52 corpses floating down the river in Ghazipur, often crossing state borders.

Singapore plans to vaccinate under 16 year-olds after a recent rise of Covid-19 infections among students in the island state, according to Education Minister Chan Chun Sing.

The ministries of education and health are working out plans for the “vaccination of our students,” Chan wrote on his Facebook page. “Once the approval for use is granted, we will roll out vaccinations to those below 16.”

The ministry ordered home learning for seven primary schools for the rest of their academic term. At least 10 children tested positive for coronavirus in the past week, all linked to learning centers.

The Southeast Asian nation Sunday returns to a month of the lockdown-like conditions it last imposed a year ago. The government banned dining-in and limited gatherings to two people because of a rise in the number of untraceable virus infections. Singapore had been one of the world’s success stories in containing Covid.

Thailand will relax some restrictions from Monday, including limited dine-in services in the Thai capital and neighboring provinces. The nation reported 2,302 new cases on Sunday, sending total confirmed cases to 101,477. Of that total, 72,584 are new infections since April 1, in a third wave that started at night entertainment venues in Bangkok.

China’s northeastern Liaoning Province reported nine coronavirus infections on Sunday, five of which are asymptomatic. So far, more than a dozen infections have been reported locally in China since May 13, when one patient in the eastern province of Anhui tested positive at a hospital.

China’s detection of the first new cluster in several months has pushed vaccination rates to a record high. Covid inoculation has been accelerating this month, with daily doses jumping from about 5 million to a record 13.7 million on Friday.

As of Friday, China has given out 381 million doses, the most in any country of the world. Beijing has set a goal to vaccinate 40% of its population by the end of June, which means it needs to administer at least 560 million doses.

Brazil, still fighting off a major outbreak driven in part by a virus variant, will restrict flights from India, the U.K. and South Africa to avoid the spread of a strain first found in India. The restrictions will be place for two weeks and exempt cargo carriers, the government said.

Deaths in Brazil declined for a fifth consecutive week, dropping to the lowest level since mid-March, according to health ministry data. The country reported 2,087 new fatalities on Saturday, for a total 434,715, the most after the U.S.

Weekly cases ticked up for the third time, but remain almost 100,000 below a peak in March. Another 67,009 cases were reported Saturday, for a total of almost 15.6 million.

« Making it plain: What Black America needs to know about COVID-19, the variants and the vaccines
Another person in Lake County dead from COVID-19 »