The city of Selma is renaming a city street in honor of one of leaders in the Selma Voting Rights Movement. 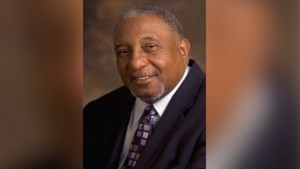 Union Street — will be renamed in honor of the life and legacy of Dr. Bernard Lafayette, Jr. — from J. L. Chestnut Boulevard to Fourth Avenue.

Lafayette lived on Union Street during the Selma Voting Rights Movement. He helped organize the first mass meeting at Tabernacle Baptist Church along with Amelia Boynton.

And played a key role in the early organizing of the voting right movement.

“You will find very few people in this whole country who has, who has given so much to Selma and really to the world,” said Ainka Jackson.

Lafayette was also a co-founder of the Student Nonviolent Coordinating Committee — and a leader of the Nashville Movement — and the Freedom Rides of the early 60s.

« Ibuprofen / phenylephrine and Phazyme Interactions
Reddit – Dive into anything »