New Selma Fire Chief Lays Out Vision for the Future

Posted by: admin Categories: Common Cold
Comments Off on New Selma Fire Chief Lays Out Vision for the Future

The Selma Fire Department has a new leader. We caught up with the new fire chief  Tuesday morning — and he shared his vision for the future of the department.

Chief Willie Mason, Jr is a 19 year veteran of the Selma Fire Department — who has steadily risen through the ranks — before being chosen to lead the department by the city council.

Mason takes the reigns of the department — at a time when it’s severely understaffed. 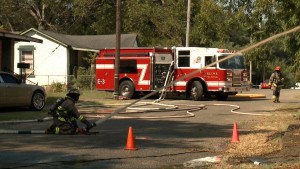 “54 should get us at full staff. But we’re currently now around 19 firefighters.”

And Mason says the lack of manpower — is the cause for most of the challenges — facing the department.

“My hat goes off to the guys. And we talk about leadership in the fire service, leadership is important but follow-ship has been good,” said Mason.

“The guys, the men continuously sacrifice their services day in and day out, and make sure the citizens are safe.”

Mason says his short-term goal is maintaining the city’s ISO rating. And his long-term goal — is making Selma Fire and Rescue — into the best fire department — it can be.

“We got a long road ahead of us, but with God Almighty, you know, we can do it.”

« 6 of the easiest breathing methods to help relieve anxiety and stress
Acute generalized exanthematous pustulosis following treatment with remdesivir in a patient with SARS-CoV-2 infection, a case report »