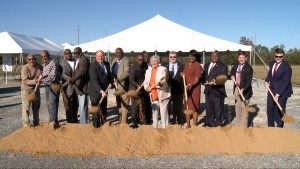 “All my life I heard people say, if we only had a governor who would just show a little bit of interest in the Black Belt. Just imagine what we could do. Well, here we are,” said Ivey.

The first phase of the project is construction of the Linden Bypass.

Then it will add two lanes to Highway 43 — from Thomasville to the new bypass.

And two lanes to Highway 69 — from the new bypass to Moundville.

Creating a four-lane north-south corridor through west Alabama that could transform the region.

The historic project was made possible with funding through the Rebuild Alabama Act.