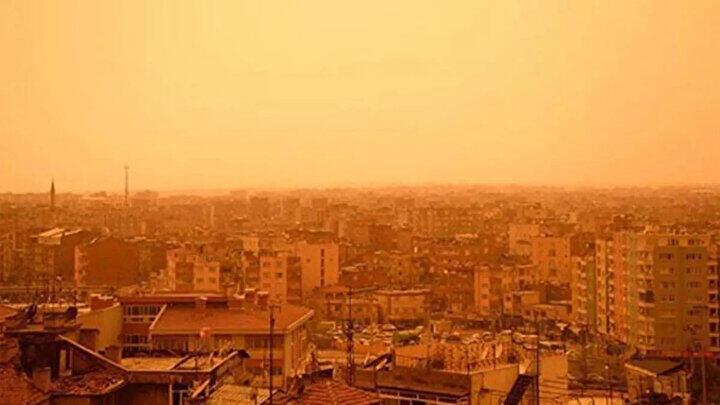 Following a cold winter, Turkey will be facing a warmer April with temperatures rising, especially in the western and the southern regions, while experts warn residents in the western and southeastern cities of a desert dust storm advancing from Africa.

Temperatures in the Marmara region will start rising as of March 30 by 4 to 8 degrees Celsius until next week, according to a statement by the Turkish State Meteorological Service.

“As of next week, temperatures are expected to rise between 6 and 10 degrees Celsius above the seasonal norms,” it said, warning residents of Istanbul, the northwestern provinces of Edirne, Tekirdağ, Kırklareli, Kocaeli, Sakarya and Yalova.

Istanbul and its neighboring province Tekirdağ will see warmer days with the temperatures rising to 21 degrees Celsius until next week, while it will reach 24 degrees Celsius in Edirne and Kırklareli.

“Apart from the Marmara, temperatures are also rising in the Aegean and the Mediterranean regions. We do not expect to witness precipitation in the country throughout April,” prominent meteorologist Orhan Şen said on March 29.

The expert especially warned residents in the Marmara, Aegean and Southeastern Anatolia regions of a “desert dust” storm arriving from Africa.

“As of Thursday [March 31], we expect the desert dust to arrive in the country,” he said.

Highlighting that the dust does not do any harm to people, the expert said, “Visibility range will decrease.”

Another meteorologist Kerem Ökten advised people, especially those with asthma, to keep their windows shut on March 31 and April 1.

“People with asthma should also wander outside with facemasks to avoid swallowing the desert dust,” he warned.

Also, the dispersion of pollen in the air amid hot weather will cause problems for people who have a pollen allergy, suffer from asthma, or have other breathing problems.

“Yes, the spring has come, and so has the pollen season that may cause allergy in some people,” Şen noted.

According to the expert, five cities, the capital Ankara, Istanbul, the northwestern province of Bursa, the Aegean province of Kütahya and the Black Sea province of Samsun, will be under heavy pollen attack until August.