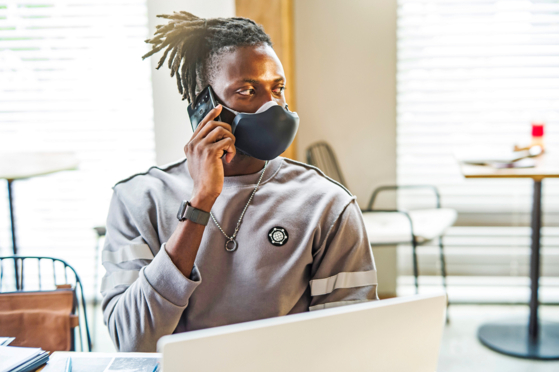 
LG Electronics plans to launch its electronic face mask in Korea this year, following the releases elsewhere including Hong Kong, the Philippines, Thailand and Indonesia.

The arrival of the LG PuriCare Wearable Air Purifier has been delayed on home turf due to regulatory hurdles, prompting some enthusiastic local consumers to buy the product on overseas e-commerce sites.

“The PuriCare mask will be released this year after clearing the regulatory issue,” a spokesperson at LG Electronics said.

LG’s electronic mask is a face mask with air purifying capabilities. Disposable filters are inserted in the mask to filter out harmful particles and bacteria, and a small fan helps circulate air, making it easier to breathe. Its main advantage over single-use masks is its reusability, enhanced comfort in breathing and prevention of fogging up the glasses. 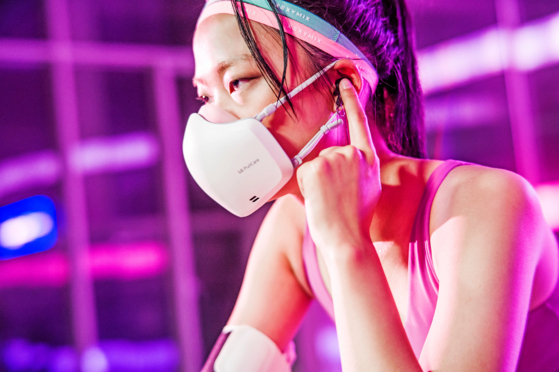 
Still, the high price tag could act as a barrier in preventing the product from going mainstream.

To facilitate conversing while wearing it, the second version integrates a built-in microphone and speaker so that users don’t have to pull down their mask to deliver their message. The battery can last eight hours on a full charge.

The retail price of the latest PuriCare Wearable comes at around $200 depending on the region, although pricing for the local market has yet to be revealed. There will also be some expense to maintain it, taking into account the purchase of disposable parts like inner covers and Hepa filters.

LG Electronics claims that the second generation of the PuriCare Wearable is able to filter out 99.9 percent of harmful particles and bacteria. Still, the filtration capability has not been certified by health and drug authorities at home or abroad.

The Korean manufacturer has come a long way to reach this stage after it first attempted to sell the wearable product in Korea in 2020 when the pandemic triggered exponential growth in the sales of face masks.

With the procedure taking longer than expected, the manufacturer retracted their submission to the ministry for approval last February and turned to the Ministry of Trade, Industry and Energy to be approved to sell the new type of the product.

It then applied for the so-called regulatory sandbox last May, a government system designed to allow new products or technologies to be exempted from regulations to encourage innovation.

With the regulation in place, industry insiders and an LG Electronics executive initially anticipated that the launch will take place as early as within the first half of this year.

The guideline stipulates that the device should fulfill the safety requirements on hazardous chemical content, durability, fire prevention, waterproofing and batteries.

LG is not alone in betting that the electronic mask could appeal to tech-savvy and environmentally conscious consumers who dislike throwing away a mask every day.

Samsung Electronics has also registered "Samsung Smart Mask" logo with the Korean Intellectual Property Office, instigating a rumor that it might enter the electric mask market.

A spokesperson at Samsung Electronics said that nothing is decided yet about the release, although it filed the application.