Posted by: admin Categories: Stress and anxiety
Comments Off on The Simplest Stress Management Skill 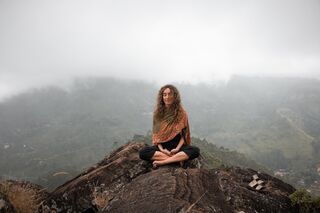 Diaphragmatic breathing is the simplest anxiety management skill and one of the most effective for quick relief of symptoms. Also called “belly breathing”, it is very different from chest breathing because it signals the brain and body to relax. It can be done in a variety of ways with different patterns of inhalations and exhalations. Here I will describe two of the simplest versions of belly breathing and how it is believed to be effective in calming the body’s stress response.

With so many ways to do deep breathing, is there a right way?

I am often surprised at how many of my clients with anxiety express doubt that belly breathing will work for them. I believe that is because they either do not understand how it affects the body’s stress response, and/or they have not really distinguished it from normal chest breathing. In addition, a simple search online for “deep breathing” results in finding six or seven different ways to possibly do it. When already stressed or hurried, it isn’t helpful to have numerous choices.

There are conflicting reports in the research about how to do diaphragmatic breathing. Some sources indicate that the breathing must be “skewed” toward the exhale, meaning the exhale must be longer than the inhale. The assumption in those reports is that the longer exhale allows for the ideal balance of carbon dioxide and oxygen in the bloodstream. Others state that the longer exhalations are more effective in stimulating the vagus nerve, which is the critical mechanism for the body’s calming response.

The alternative is “symmetrical” breath, in which the inhale and exhale are of equal length. Box Breathing is a good example of symmetrical breath. It involves a 4 second inhale, pause, then 4 second exhale.

A recent study published in the International Journal of Psychophysiology concluded that both symmetrical and skewed breathing methods are equally effective in stimulating the vagus nerve, and both led to a perceived reduction in stress compared to a control group. This study also concluded that just 2 minutes of diaphragmatic breathing was enough to get the benefit of a relaxation response.

If there is a “right way” to practice deep breathing, one might conclude that the exhale should be at least as long as the inhale and the breathing cycles should continue for at least 2 minutes.

How does the vagus nerve trigger the calming effect?

The vagus nerve is part of the parasympathetic nervous system, which provides communication between the brain and the gut, heart, and lungs. When the vagus nerve is functioning well, the body is able to shift efficiently from the “fight or flight” mode to the “rest and digest” mode.

The following two simple techniques are based upon examples in the research literature, and guidelines suggested in the journal Breathe, published by the NIH. Research has shown that the optimal breathing rate for healthy adults using diaphragmatic breathing is between 6 and 10 breaths per minute. To reach 6 breaths per minute, one would have six 10-second cycles of inhalation/exhalation. The following methods are two of the many possible ways to do belly breathing and involve the guidelines provided by recent research.

Deep breathing has been shown through research studies to shift the body’s response from the stress (fight or flight) state to the relaxed (rest and digest) state. The physiological mechanism for this is the Hypothalamus-Pituitary-Adrenal (HPA) Axis, which is mediated by the vagus nerve. Deep breathing is one way to activate the vagus nerve.

Although there are various ways to do deep breathing, there are a few guidelines which maximize its effectiveness in reducing stress. The exhale should be at least as long as the inhale, and the pattern should continue for at least two minutes. Two simple examples are provided here for healthy persons, based upon recent research. It may seem incredible that such a simple exercise can make a huge difference in a person’s ability to feel less stressed. To the skeptics among you: why not try it? It may be two minutes very well spent.