The Myth of the Pure Obsessional in OCD

Posted by: admin Categories: Stress and anxiety
Comments Off on The Myth of the Pure Obsessional in OCD

What is Pure O?

Some people with Obsessive-Compulsive Disorder (OCD) describe their symptoms as being purely obsessional, or “Pure O.” For OCD, the Diagnostic and Statistical Manual of Mental Disorders (DSM-5) — which is the manual that determines the criteria for mental health disorders — recognizes a diagnosis if either obsessions or compulsions are present. However, there is some scientific disagreement as to whether it is possible to have obsessions without compulsions – which is often called “pure obsessional” or “pure-o”. Research and clinical observations indicate that virtually all patients with OCD have both obsessions and compulsions, although compulsions without clear obsessions are sometimes seen in children and those who feel a need for things to be “just right.” 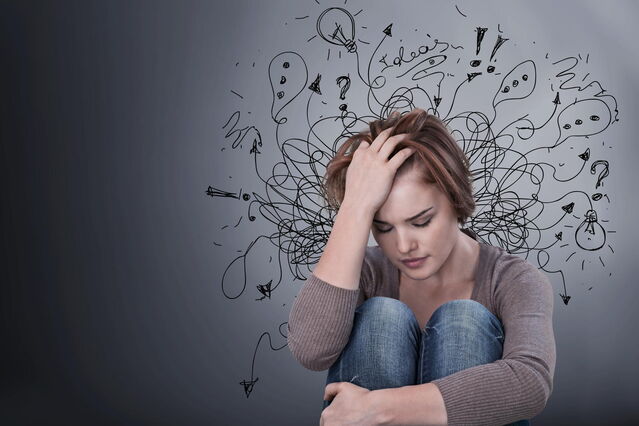 The compulsions are mostly mental.

There are four major subtypes of OCD: contamination, doubt/harm, symmetry/arranging, and unacceptable/taboo thoughts.  The unacceptable/taboo thoughts symptom dimension includes stigmatized obsessions that are often of a religious, sexual, or violent nature, causing sufferers to experience increased fear and usually shame. Traditionally, people in this group were referred to as pure obsessionals due to their lack of observable compulsive behaviors. Even now, many people or websites refer to this as Pure-O.

It is now apparent, however, that these those who suffer from these thoughts do engage in compulsions, but these rituals tend to be mainly mental in nature (e.g., praying, mental review, listening to one’s heartbeat) or otherwise mostly covert (e.g., reassurance-seeking). This symptom dimension includes those whose obsessions tend to show up as intrusive, unwanted thoughts, urges, or mental images of acts that severely violate their personal morals or values. Examples include thoughts of sexually molesting children, indecent thoughts about religious figures, and sudden impulses to act out violently.

People with excessive health concerns are also often represented in this category in a few ways. Examples include, worry that they have mental health problems such as a cognitive decline, that they are going crazy, or even that they might commit suicide. As with all OCD obsessions, these are actually very different than having those conditions, because the person is worried about having or acquiring the condition rather than actually having a formal diagnosis.

While such people might sound purely obsessional, there are in fact doing compulsions, but are just not very visible. In the case of cognitive decline concerns, a person could be doing activities such as checking their memory for mistakes or seeing how fast they can count backwards form 100, wondering if it is slower than it used to be. If they have OCD-related fears about being suicidal, they might be constantly checking themselves for urges to hurt themselves, assessing their mood, or gauging how badly they really want to live versus die. Likewise, they could have health concerns; they might worry that they are going to stop breathing or have a heart attack, so they may be constantly listening to their heartbeat or monitoring the quality of their breathing. Although violence is often a prominent theme in this particular category, those who have these thoughts usually have no history of violence, nor do they act on their obsessions; however, because such individuals think their OCD thoughts are dangerous and overly important, they put a lot of mental effort into trying to suppress them. Paradoxically, attempts at thought suppression have the unwanted effect of actually increasing anxiety and perpetuating symptoms. That is, purposefully trying not to think of a specific thing often has the opposite effect of making the thought more likely to return.

Some research suggests that those with unacceptable thoughts may suffer with more severe obsessions than those with other forms of OCD. So, while Pure-O is a commonly discussed type of OCD, and these compulsions are not overly obvious (such as someone washing their hands), they are every bit as time consuming and real as physical compulsions.