Bryson DeChambeau has set new PGA Tour driving distance records each of the past two seasons, setting a new standard with a nearly 324-yard average last year. In the tee box prior to the drive, he often paces around to get the blood pumping faster and then focuses very carefully on the pace and force of his respiration. “Breathing helps quite a bit,” he has said.

Helping golfers like DeChambeau and Jordan Spieth for the past several years and into the Masters this weekend at Augusta has been NeuroPeak Pro, a sport science company focusing on helping its users perform better, particularly under pressure, through precision breathing, heart rate variability monitoring and neurofeedback.

Its latest tool monitors heart rate and HRV through an ECG belt worn around the sternum with added IMU sensors (accelerometer and gyroscope) to track movements of the diaphragm due to breathing. This newly released device, the NTEL belt, replaces what previously required a full briefcase of medical-grade equipment. 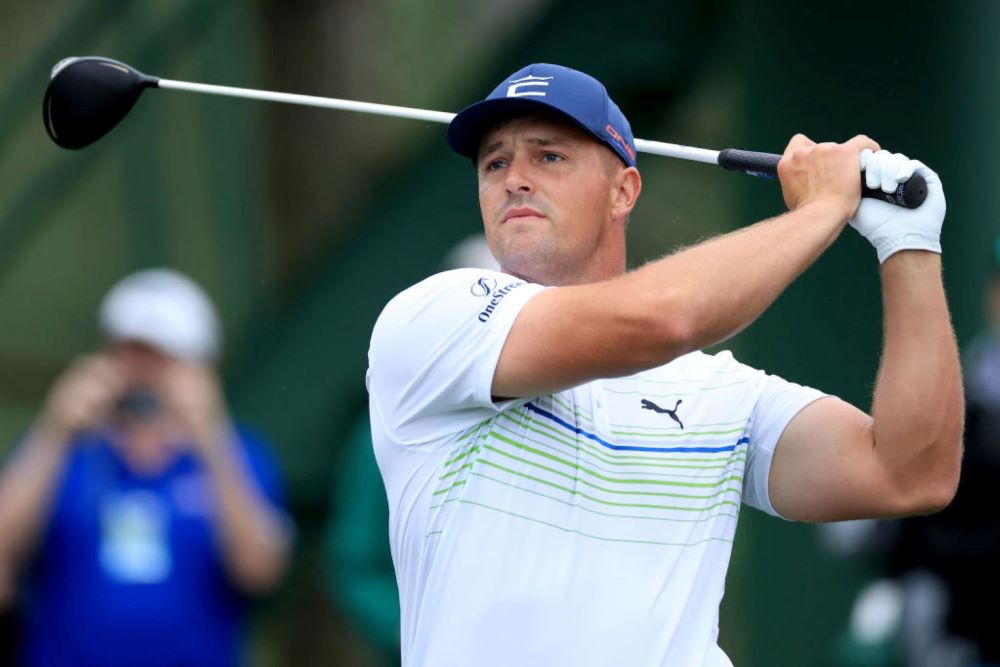 Unlike other Bluetooth fitness wearables, this one isn’t intended for around-the-clock usage to passively collect data.

“The NTEL belt is a trainer, and it's not a tracker,” says NeuroPeak Pro director of golf performance Andy Matthews.

NeuroPeak Pro VP of performance programs Nick Bolhuis shared a recent story of a Tour golfer who had grown discouraged when his Whoop registered a lower-than-expected recovery score. But using the NTEL belt allowed him to be proactive, with the NeuroPeak app providing scores on a scale of 0 to 100. Before the golfer’s final round at the Players Championship, he did two breathing sessions a couple hours apart, registering scores of 93 and 95, before completing the tournament with a strong showing.

Matthews describes the NTEL belt as the missing link between those two, helping athletes transcend an immutable recovery assessment. “I did everything I was supposed to do yesterday,” Matthews says, “and I woke up with a 71% recovery score. But I need to perform at 100% of myself today. How do I bridge that gap between those two?” 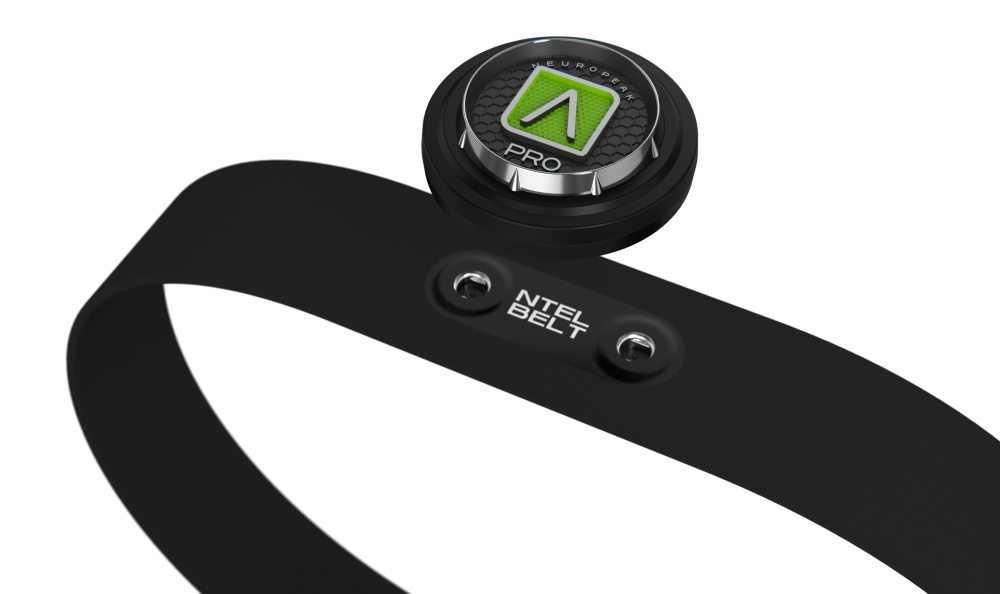 NeuroPeak Pro's NTEL belt is more of a trainer than a wearable.

After starring at the University of Michigan, Matthews played several years of pro golf, mostly in Canada. He won the 2010 Corona Mazatlan Mexican PGA Championship while using NeuroPeak’s tools, and that experience helped him appreciate the value of learning effective breathing technique.

“The precision breathing practice is just like one would practice their golf swing or their putting stroke,’’ Matthews says. “You set aside that time to really dial in and start to really hone in on your muscle control, your respiration rate and allow all those heart rate metrics that are connected to your physical breath start to follow in and unlock that zone-like performance state.’’

The NeuroPeak app has tutorial videos to help athletes learn to control their breathing, and premium packages include personal instruction. Breathing can be used for focus or for recovery. DeChambeau has previously discussed how, after a poorly executed shot, he can use the methodology to re-center himself. “When my heart rate got up, I was able it to control it and get it back down, based on breathing,” said DeChambeau, who was 4-over par after Thursday's first round of the Masters, compared to Spieth's 1-over.

The precision breathing practice is just like one would practice their golf swing or their putting stroke.

Asked in late 2018 how important this training had been to his success, DeChambeau told a writer for the PGA Tour website, ““There’s a reason why I’ve won four times this year. That’s my statement on that.”

Golf has been the beachhead for NeuroPeak, but the company counts pro athletes in all sports as users. Minnesota Vikings quarterback Kirk Cousins, San Francisco Giants pitcher Matthew Boyd and New York Islanders center Brock Nelson are among the other notable users.

The demands of each sport are unique, of course, and NeuroPeak caters to each. There’s foundational breathing everyone

must master, after which “we'll be very specific and prescriptive, based upon your sport in the needs,” Bolhuis says.

Bolhius was recently working with tennis players, who will invoke their precision breathing between sets. They need only
two or three deep breaths, typically taken in 10-second cycles—four-second inhale, one-second transition, four-second exhale and another one-second transition—to reset themselves. In that half-minute, they won’t return all the way to their resting heart rate, of course, but they can conserve themselves.

“It's the difference of being at 150 and getting that down to like 120 or 110, as opposed to staying at 150 the whole time and just redlining it,” Bolhius says. “Because then you get impacts on your cortisol output and all these different things physiologically. So, it's how quickly can I take my foot off that accelerator and get that braking mechanism in place and conserve energy?”