Is It Really True That Deep Breathing Can Double as a Workout?

Posted by: admin Categories: SPORTS & ATHLETICS
Comments Off on Is It Really True That Deep Breathing Can Double as a Workout?

Last year, a University of Colorado study provided a glimmer of hope to all of us who dream of meaningfully improving our conditioning through the most meager discharges of energy. Its alleged finding: That the mere act of breathing could constitute a workout.

The methodology at the heart of the study — high-resistance inspiratory muscle strength training, also known as IMST — was developed in the 1980s as a means for those suffering from severe respiratory disease to engage in some variety of beneficial training for their hearts. The prescribed method for initiating the IMST protocol was to inhale through a handheld device that provides the patient with lung resistance by sucking the air back as they attempt to breathe through it.

Researchers from the University of Colorado took things one step further by opting to test the IMST protocol on adults who were otherwise healthy. The results were said to indicate that the IMST protocol could provide its adherents with benefits that were as effective as those achieved through aerobic exercise.

Before you get too excited, let’s analyze who the participants in the study were, how they were selected and how the progress of those patients was measured following the administration of the IMST protocol.

Essentially, the claim that the participants were “otherwise healthy” is dubious. Granted, with half of U.S. adults possessing high blood pressure, it may be safe to say that high blood pressure is normal. However, in this instance, to redefine what is normal as “healthy” is a stretch worthy of a yoga class.

As far as improvements are concerned, after six weeks of IMST consisting of 30 breaths per day performed six days out of the week, the average participant’s blood pressure declined from 135 to 126. It’s a significant dip, to be sure, but still represents a blood pressure in the elevated range. And without more information, we don’t know if the six weeks of the study maxed out whatever potential benefits IMST might have contributed.

This sounds cut-and-dried to me. What’s the problem?

When study results like these are reported, we should always consider the logical extrapolations that can be made, and be careful not to take things too far. Theoretically, if someone didn’t read the specifics of this study, they might believe that they could replicate the benefits of walking for 30 minutes each day by taking 30 strategic breaths through a specially tailored device.

So here are some follow-up questions that should be asked: Did these people engage the bulk of their muscles like they would have if they’d walked, climbed, swam, skied, rowed or engaged in any other form of cardiovascular training? No. Did they enhance their actual physical conditioning in any meaningful sense? Also no. Did they burn any tangible calories whatsoever, contributing to a reduction of body fat? Absolutely not.

With this in mind, it can really only be said that if you’re older than 50 with diagnostically high blood pressure, there’s a reasonable expectation that following the IMST protocol for six weeks might lower your blood pressure into the elevated range. Which is better than nothing, but that’s the extent of it.

Talk of any other supposed benefits — like weight loss, muscle growth or the mood enhancement that often follows physical training — is nothing more than a bunch of hot air.

Ian Douglass is a volunteer firefighter, lackadaisical Concept2 rower and SkiErger and is the worst masters swimming All-American in recorded history. He also helps professional wrestlers publish their autobiographies, assists businesspeople with the writing of coherent thoughts and has overhyped degrees from Michigan and Northwestern. 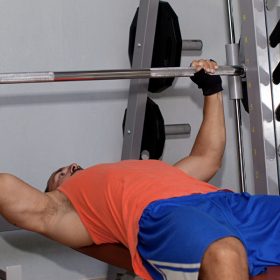 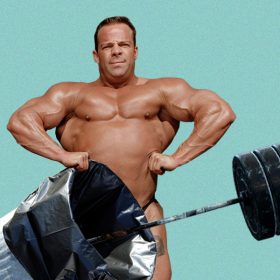 « Court Awards Man $450,000 After He Was Fired For Being ‘Angry’ That His Bosses Threw Him A Surprise Party | General Entertainment
Frisco-developed COVID-19 Breathalyzer Gets FDA Approval »