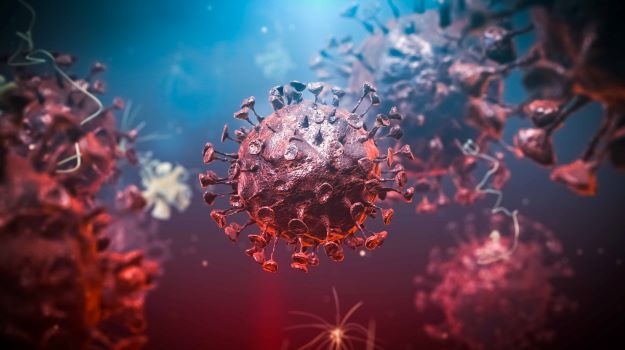 An oral version of remdesivir is being developed by scientists at the University of California, San Diego (UCSD) to combat the SARS-CoV-2 virus early in its infection cycle.

Though still in preclinical trials, results suggest it could reduce disease severity and hospitalizations thanks to its longer half-life, greater efficacy and reduced toxicity when compared to remdesivir.

The most active of the three oral lipid prodrugs the researchers developed, ODBG-P-RVn, is eight times more active than remdesivir in Vero E6 cells and as effective as remdesivir in the other cell types tested.

An oral version of remdesivir would greatly expand its use. Currently, remdesivir is the only therapy with full FDA approval in adults (weighing 40 kg or more) against the SARS-CoV-2 virus. It has emergency use for use in children weighing at least 3.5 pounds.

The drug is only available as an intravenous therapy, where it persists in patients for less than two hours (typically, 69 minutes). Therefore, it is used only for hospitalized patients with relatively advanced coronavirus.

With the Delta variant considered twice as contagious as the original, wild-type virus, new cases per day reached 124,470 on August 9 the New York Times reported, although there were only 553 deaths. Most of those incidents are among the unvaccinated and can become severe, especially in people with underlying conditions.

“The need for effective, well-tolerated antiviral drugs that can be given to patients at high risk for severe disease at early stages of the illness remains high,” co-first author Robert T. Schooley, M.D., professor of medicine at UCSD’s School of Medicine, said in a statement.

Schooley and colleagues outlined their approach to developing an oral, lipid prodrug of remdesivir in a recent preprint in Antimicrobial Agents and Chemotherapy.

One of remdesivir’s problems is that it has a complex activation pathway. The complexity of its activation “may contribute to its highly variable antiviral efficacy in SARS-CoV-2 infected cells,” the authors noted.

To overcome those limitations, “We focused on making simple, orally bioavailable lipid analogs of remdesivir nucleoside (RVn) that are processed to RVn-monophosphate, the precursor of the active RVn-triphosphate, by a single-step intracellular cleavage,” the researchers wrote.

The resulting molecule therefore uses the lipid phosphate portion to carry the drug into the cells. This is a pathway the intravenous version of remdesivir does not access.

The researchers tested the ODBG-P-RVn formulation in Syrian hamsters, where it demonstrated submicromolar anti-SARS-CoV-2 activity and achieved therapeutic levels in plasma. That activity was demonstrated in vitro against five other cell models, including the human hepatocyte cell line Huh7.5 and human pluripotent stem cell-derived lung cells.

Modifying the remdesivir nucleoside not only enabled oral administration, but also improved delivery and effectiveness and lowered toxicity compared to the FDA-approved version of remdesivir.

That’s because the prodrug is rapidly absorbed while in the gastrointestinal tract and enters circulation (and reaches the lunch) via the intestinal lymph rather than the portal vein. This means it delivers more drug to the lungs. By largely bypassing the liver – where most of remdesivir’s toxicity manifests – the safety profile improves.

ODBG-P-RVn greatly simplified the drug’s activation pathway, too. Remdesivir’s complex activation requires four different enzymes to convert the drug into an RVn triphosphate. This complexity, the researchers speculate, may contribute to its variable effectiveness.

In contrast, ODBG-P-RVn is activated by a single enzyme reaction and appears to deliver consistent effectiveness across multiple cell types. It has a half-life of 24 hours, which further supports the case for oral administration.

The results from the UCSD team suggest that this oral version of remdesivir, after further research and appropriate regulatory review, may be administered earlier in the development of the disease – even before hospitalization.

If so, it has the potential not only to reduce the severity of COVID-19 in those who contract it but also reduce the duration or need for hospitalization.

“To be maximally effective, antiviral therapy must be given early in the illness before the inflammatory phase of the illness results in hospitalization,” Schooley said.

This compound, although still early in its development cycle, may ultimately make that possible.

« How to use ‘progressive muscle relaxation’ to calms stress and ease anxiety
Mr. Corman: Josh Gets Mental Help in an Unfamiliar Space »