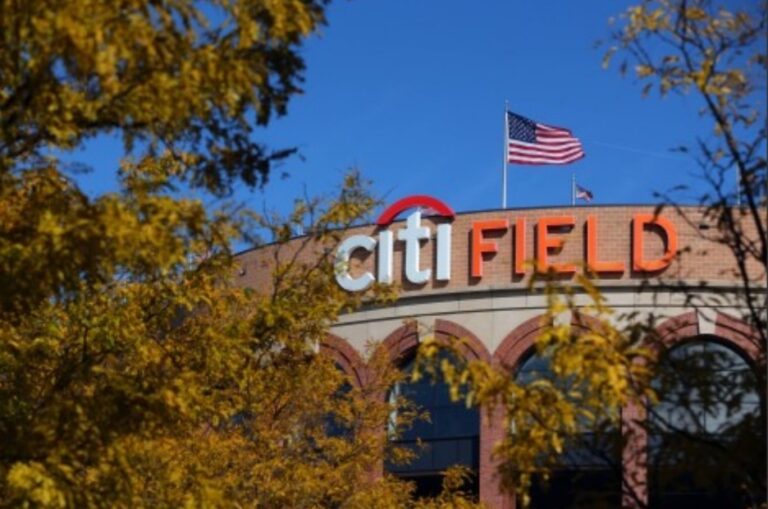 With the regular season starting in one more sleep (it’s fun to measure upcoming life events that way), the Mets released the COVID-19 protocols for Citi Field as they welcome back fans to the park next week for the first home series.

The team will only allow 20% capacity to start the year.

Fans will have to have proof of full vaccination (that means two weeks after the last dose of any COVID vaccine), OR they can present a negative PCR (nasal swab) test from up to 72 hours before game time, OR they can present a negative rapid antigen test from up to six hours before the game (a 7 p.m. start means the earliest a test can be is 1 p.m.).

Some other important sticking points from the protocols are:

Now let’s get into the morning briefing.

The Mets announced their rotation for the first week of the year, with Jacob deGrom leading the way on Opening Day.

We know the first game of the year Thursday won’t be with our beloved Gary, Keith and Ron on SNY or Pix11 and that it will air on ESPN. Tuesday afternoon, Neil Best revealed the announcers for the game would be its A-team, with Matt Vasgersian, Buster Olney and Alex Rodriguez — yes, the man who failed to buy the Mets this offseason — on the call.

Tim Britton wrote a story in The Athletic about how the Mets are trying to build a “pitching powerhouse,” with guys like Jeremy Hefner and Ricky Meinhold taking charge of the effort. Within the story, Britton also reports the Mets’ analytics department is now at 16 people — double what it was last year and over four times what it was before Brodie van Wagenen took over as general manager — with plans to hire four more.

Marcus Stroman revealed his new self-designed Shugo cleats for the season. In the video, Stroman says he hopes big and little leaguers will wear his cleats next year as he gets the brand rolling.

I designed these myself and created my own cleat/sneaker brand. Beyond proud. On-field cleat options for 2021! 🥶 @_shugo pic.twitter.com/GkE6meNoH0

ESPN ranked the Mets at No. 5 on their first power rankings of the year.

Todd Frazier will remain with the Pittsburgh Pirates on a minor league deal at their alternate training site, according to the Post-Gazette‘s Jason Mackey. The Toms River product (did you know he was from there???) opted out of his original deal with the Pirates this weekend with hopes of finding a major league deal elsewhere.

The Wall Street Journal looked at Major League Baseball’s incentives for organizations to get to 85% vaccination, primarily focusing on the ability to return to a normal work day at the park.

The Marlins are naming their home field loanDepot park, and yes, the “park” in the name is supposed to be lowercased, according to Andy Slater. The ballpark had been known as Marlins Park since it opened in 2012. (No name will top the old Pro Player Stadium name.)

Broadcaster Alanna Rizzo is returning to the airwaves with weekly appearances on Christopher Russo’s High Heat show on MLB Network.

MMO’s Zachary Grady launched the first episode of the new Empire State of Mind podcast yesterday. On it, he interviews multiple subjects about the Mets’ prospects this season, the outlook on the NL East and more.

Rob Piersall and Jack Ramsey interviewed Bobby Valentine over Zoom about managing the Mets, black jerseys and much more. You can watch the interview here.

On today’s episode of Locked On Mets, host Ryan Finkelstein is joined by the host of Locked On Phillies, Dan Wilson for a Division Day crossover episode! The two Locked On hosts discuss the rivalry between the Mets and the Phillies and how both teams will fare during the 2021 season.

On This Date in Mets History

As we’re getting to the end of March, there are a lot more game-centric TDiMH moments, including a 14-inning 1-0 win 1998 on a game-winning single by Alberto Castillo.

The Mets also traded 1969 World Series hero Ron Swoboda to the Montreal Expos on this day in 1971. Later that season, he was traded to the Yankees and play two-and-a-half more seasons in the bigs.

We can also say happy birthday to Bill Denehy (75) and Ryan Cordell (29) today! The late Tom Hausman was also born on this day in 1953.