Big changes could be on the way to the garbage collection process in Selma.

The city has crafted a new plan to deal with an issue that has lingered in the city — for years.

Selma city leaders want to share their Garbage Collection Re-Engineering Plan with the public — and get their feedback. So they’re holding a series of public hearings over the next two weeks.

“Two of the meetings are scheduled during the day. Two are scheduled in the evening to try to make access easier. There will be both virtual and in person,” said Mayor James Perkins. Jr.

“So people can come to the meeting or they can attend virtually. But the key is for people to speak to the issue on both sides.” 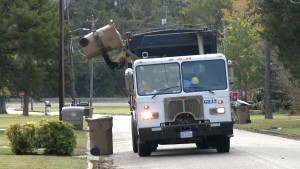 Under the new Garbage Collection Re-Engineering Plan — property owners will be held responsible for paying garbage bills — instead of tenants.

“It’s a different issue when you’re taking action against a person rather than a property. We can put a lien on the property and it will be due annually with the property taxes,” said Councilman Clay Carmichael.

“We feel like that is the only way to really put teeth into it.”

City leaders say the new garbage plan will mean a cleaner city — and a better city as a whole.

“We have prospective businesses coming in viewing our community all the time, we have tourists and people just traveling through,” said Perkins.

“A clean city says that you have respect for your community. And people are willing to come to where people respect their own.”

“And that’s what we’ve got to look at, the big picture,” said Carmichael.

“Clean streets, increased property values — which means increased revenue for the city. Which means more services that we can give to the citizens and the property owners.”