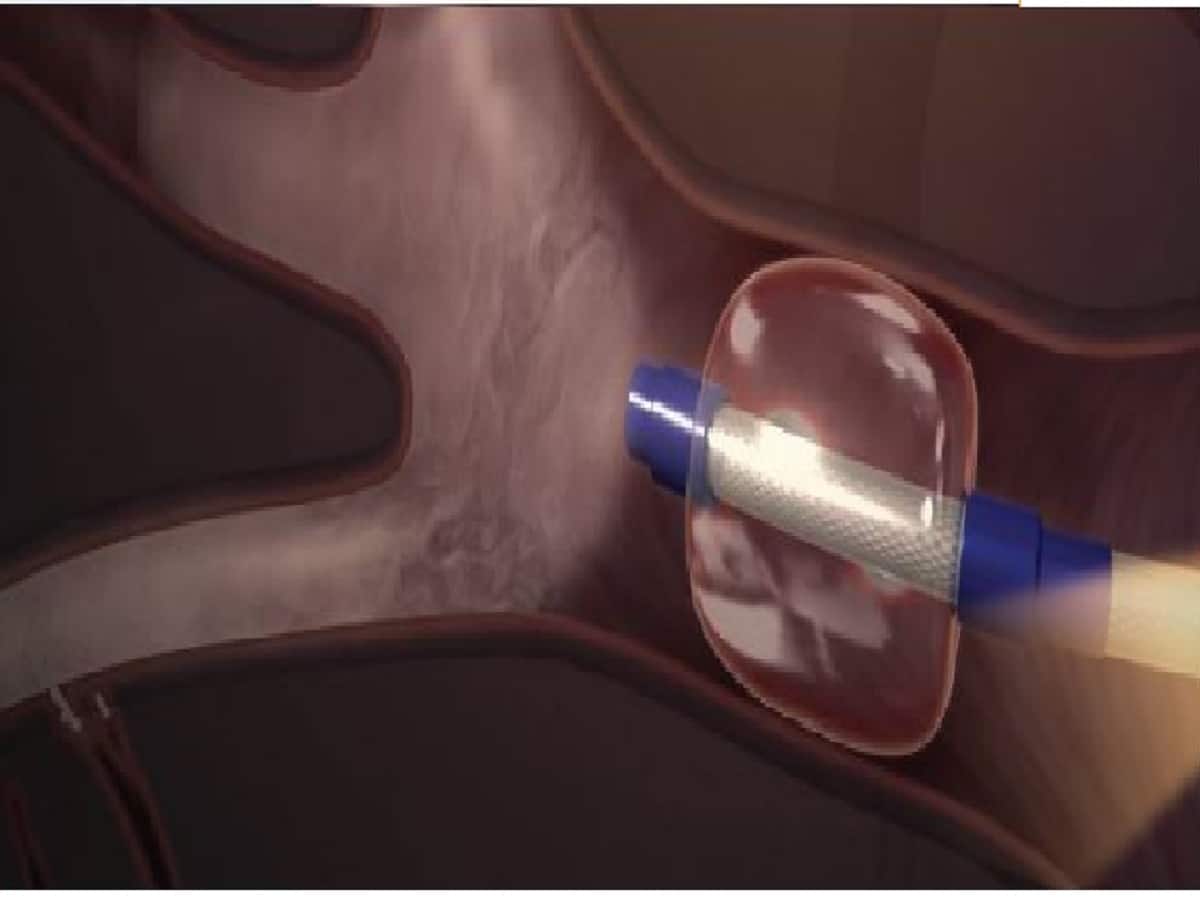 Chronic Obstructive Pulmonary disease (COPD) is a common respiratory disease, with around 60 million Indian adults estimated to be suffering from this illness. The disease kills around 1 million Indians every year, accounting for 10 per cent of all fatalities in the country. While smoking is the leading cause of COPD, it can also result from a variety of factors such as industrial dust exposure, biomass fuel exposure, agricultural dust exposure, and past tuberculosis infection. Bronchoscopic Thermal Vapor Ablation (BTVA) offers a novel therapy alternative for patients with severe COPD, especially those with emphysema.

Emphysema is a subtype of COPD in which the air sacs (alveoli) of the lung get destroyed. In persons who have emphysema, the walls of the alveoli are destroyed. As a result, less oxygen reaches the bloodstream. This causes symptoms like breathlessness and cough, which worsen over time and eventually render a person disabled.

Treatment of emphysema starts with avoidance of the factor which caused the disease, tobacco smoking in most instances. People are often prescribed inhalers to slow the progression of the disease and alleviate symptoms. Despite receiving excellent inhaler medication, the condition progresses in many people. Such people lose around 5 10 per cent of their lung function every year and grow increasingly sick as time passes. Newer interventions like Bronchoscopic Thermal Vapor ablation are expected to help this group of people.

What is Bronchoscopic Thermal Vapour Ablation?

Bronchoscopic Thermal Vapour Ablation (BTVA) is an endoscopic lung volume reduction (ELVR) treatment that helps to reduce hyperinflation and improve respiratory mechanics in patients with severe emphysema. An inflammatory response is induced by targeted segmental vapour ablation, which results in tissue and volume decrease in the most diseased emphysematous segments.

The diseased parts of the lung are collapsed/made non-functional in this sort of lung volume reduction operation. As a result of this, the adjacent healthier segments function better. This also results in a reduction in lung over inflation, making breathing easier for the patient. The treatment improves the symptoms and lung function, and thus the patients' quality of life.

This treatment has been demonstrated to enhance lung function, exercise capacity, and quality of life in patients with upper lobe-predominant emphysema regardless of collateral ventilation in multiple single-arm trials and one multinational randomized controlled trial.

Dr. V Nagarjuna Maturu, Consultant Pulmonology and Sleep Medicine at Yashoda Hospitals Hyderabad, said, "With BTVA, regulated steam is supplied to the most diseased parts of the lung, resulting in a slow collapse of that segment."

How is the BTVA procedure performed?

A high-resolution computed tomography (CT) scan of the chest is performed, and the results are evaluated by software to determine which parts/segments of the lung are the most diseased.

BTVA procedure is performed through a bronchoscope. A catheter is directed to the target segment under general anesthesia, and regulated steam is administered to that area. Patients are kept in the hospital overnight after the procedure and then discharged. It takes 2-3 months to show the benefits of the procedure.

BTVA introduced in India for the first time

Over the last three months, Dr. Maturu has performed four surgeries for patients with severe emphysema using BTVA. All the patients are improving after the therapy.

Talking about one of his patients, he said, "A-65-year old Mr.ND (name changed) was struggling to breathe when he entered my OPD. Over the previous five years, he has complained of increasing dyspnea and cough. He smoked 10-15 cigarettes every day until he was 55 years old. He was already diagnosed with COPD by multiple physicians and his symptoms are worsening even though he is on three different inhalers. He can no longer walk more than 100 steps without panting for air."

BTVA is indeed a new ray of hope for people with severe emphysema who remain symptomatic despite medical management, added Dr. Maturu.