Bhubaneswar: Air pollution is rising at an alarming level as about 99% of world’s population breathes unhealthy air, according to a report by the World Health Organisation (WHO).

The report was released ahead of World Health Day, which was observed on April 7 with the theme ‘Our planet, Our health’.

According to the report, over 6,000 cities in 117 countries monitor air quality, out of which air in 17% of cities in developed countries fall below the WHO’s Air Quality Guidelines.

The report stated that people in high-income countries are breathing unhealthy levels of fine particulate matter and nitrogen dioxide. In low- and middle-income countries, air quality in less than 1 per cent of the cities complies with WHO recommended thresholds.

As many as 4,000 cities in 74 countries collected nitrogen dioxide (NO2) data that showed that only 23% of people breathe annual average concentrations of NO2, the quality levels recommended by the WHO.

Experts said that particulate matter, especially PM2.5, is capable of entering deep into lungs and bloodstream of human body, causing cardiovascular, stroke and respiratory illness. The particulate matter also impacts other organs and increases risk of other diseases.

Similarly, NO2 is associated with respiratory diseases, particularly asthma, leading to respiratory symptoms. 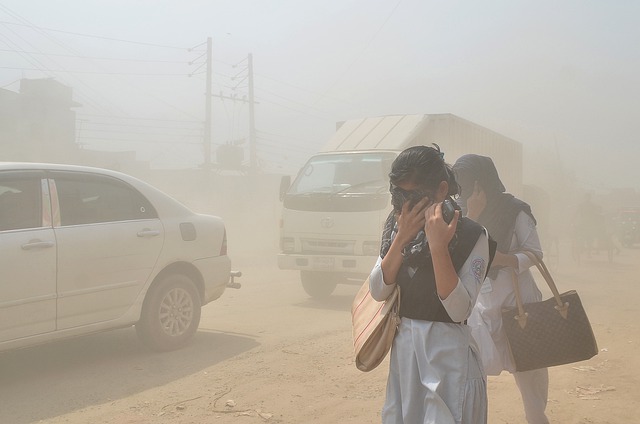 In view of the findings, the WHO highlights the importance of curbing fossil fuel use and other tangible steps to reduce air pollution levels.

“High fossil fuel prices, energy security, and the urgency of addressing the twin health challenges of air pollution and climate change, underscore the pressing need to move faster towards a world that is much less dependent on fossil fuels,” he added.

Meanwhile, the WHO recommended for a rapid intensification of actions to monitor air quality and identify sources of air pollution, support the transition to exclusive use of clean household energy for cooking, heating and lighting, and build safe and affordable public transport systems and pedestrian and cycle-friendly networks.

[Note: This story is a part of ‘Punascha Pruthibi – One Earth. Unite for It’, an awareness campaign by Sambad Digital.]