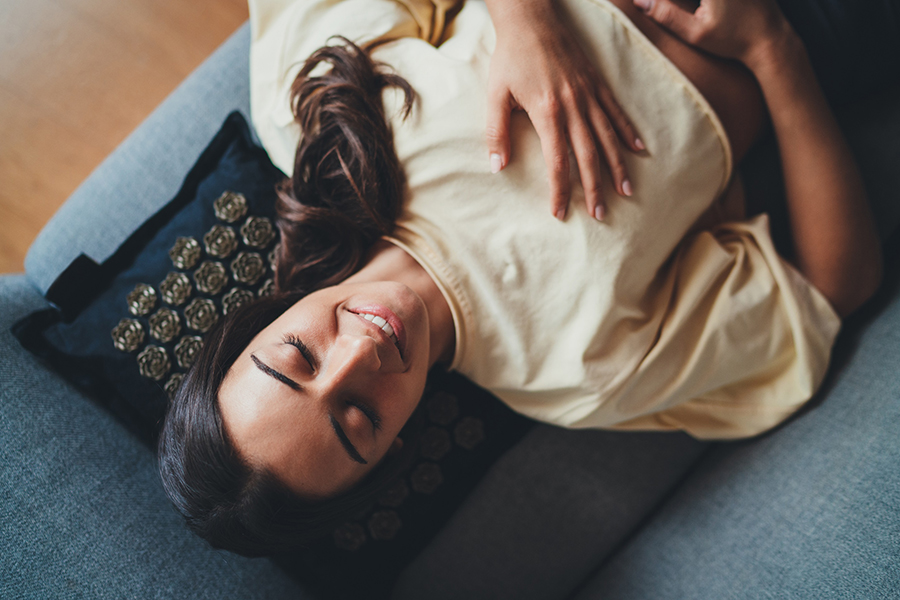 A concept made popular by social networks, where the hashtag #Breathwork counts more than a million posts on Instagram alone, this breathing method based on controlled changes in breathing, while not for everyone, could help individuals overcome their emotional blocks. We explain.

Can breathing a certain way have an effect on our mental and psychological state? According to the psychiatrist Stanislav Grof, certain breathing methods, based on hyperventilation, known as holotropic breathwork, could help a person reach an altered state of consciousness without taking any substance. The objective? To explore one's innermost being and control one's emotions.

From LSD to hyperventilation

The origins of this kind of breathwork, holotropic, are connected with the ban of a popular substance in the 1970s: LSD. This psychotropic substance was used by psychiatrists, such as Stanislav Grof, to treat psychological disorders. The specialist continued his research and discovered a perfectly legal way to alter one's consciousness and feel the same effects: by modifying one's breathing.

What does it consist of

Whether online or face-to-face, a practitioner can guide a person through this breathing method, which can be sitting or lying down. Breathwork is not breathing for relaxation but rather for a kind of altered consciousness. Sessions can vary in length from one minute to four hours, depending on your abilities. It is generally done with a partner and individuals are strongly encouraged to seek out an expert for instance through the Grof Transpersonal Training Network, particularly for beginners and sessions lasting over 15 minutes.

On average, sessions last about 20 minutes. Effects can be intense, with some participants crying, laughing or even screaming.

This form of breathwork is not recommended for pregnant women and people with heart disease, epilepsy, osteoporosis and other issues. One of the reported side effects is the possibility of feeling certain muscles contract involuntarily. Anyone interested in trying holotropic breathwork should check with their GP beforehand.

Click here to see Forbes India's comprehensive coverage on the Covid-19 situation and its impact on life, business and the economy​

Check out our end of season subscription discounts with a Moneycontrol pro subscription absolutely free. Use code EOSO2021. Click here for details.