Is it a panic attack? Here’s what to do

Posted by: admin Categories: Stress and anxiety
Comments Off on Is it a panic attack? Here’s what to do


THE WASHINGTON POST – Chris Trott had just walked into his local grocery store when his mind began racing. It was midday on a Sunday in February and the store was crowded – too crowded for his liking. Anxious thoughts swirled in his head: How would he avoid walking into other shoppers’ paths? What if he got too close and breathed in someone else’s air?

Within minutes, “I was sweating buckets, just profusely, soaking my clothes,” Trott said. Then came the shortness of breath. He could feel his heart pounding. “It was terrifying,” said Trott, 49, of Lansing, Illinois, a south suburb of Chicago.

The uninitiated might assume that Trott’s sudden symptoms were related to a heart condition. But Trott knew his heart was fine. He was having a panic attack.

“I’ve had them off and on for years,” Trott said. But they’ve become more intense during the coronavirus pandemic. In the past year, Trott said, he has had at least six full-blown panic attacks. “Every day you hear about the virus on the news, it just gets to you,” he said.

Panic attacks aren’t rare. At least 11 per cent of American adults experience a panic attack each year, and the National Institute of Mental Health (NIMH) estimated that about five per cent of Americans will develop panic disorder at some point in their lives. Panic disorder is characterised by sudden and repeated intense panic attacks accompanied by overwhelming worry about future attacks and avoiding places or situations where attacks have happened, according to the NIMH. 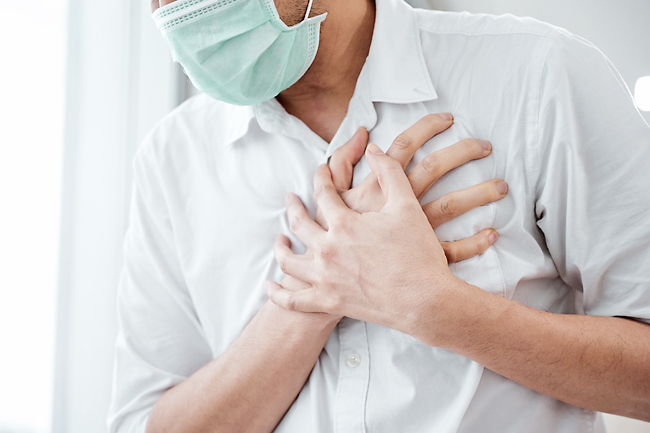 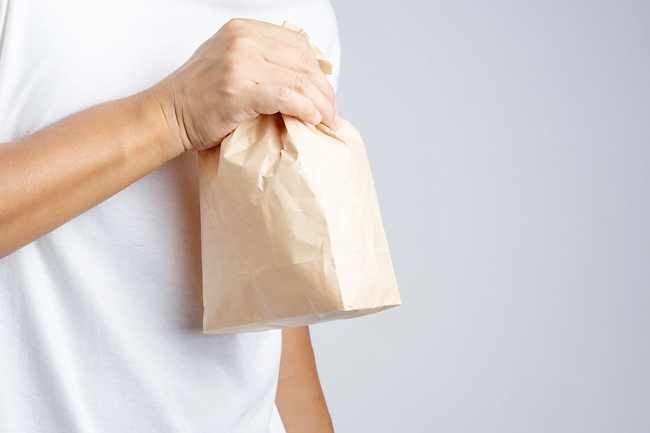 There hasn’t been much research examining the pandemic’s effect on panic attacks. But surveys have shown that Americans are experiencing elevated levels of stress and anxiety, which, experts said, could contribute to panic attacks. “Once the baseline levels of anxiety increase, if you think about it like a roller coaster, you’re that much closer to the top where you’re going to go over and go into a panic attack,” said Chair of the American Psychiatric Association’s Committee on Women’s Mental Health Ludmila De Faria.

But once you can recognise a panic attack, you can manage the symptoms, De Faria and other experts said. Here are the steps.

The Mayo Clinic defines a panic attack “as a sudden episode of intense fear that triggers severe physical reactions when there is no real danger or apparent cause”.

Most first panic attacks occur between the ages of 18 and the early 30s, when people are often experiencing significant life changes, positive or negative, said founder of the Anxiety Treatment Center in Chicago David Carbonell.

Although some panic attacks can be triggered by identifiable stressors, for most people, the symptoms come “out of nowhere”, said Director of the outpatient clinic at the University of Pennsylvania’s Center for the Treatment and Study of Anxiet Thea Gallagher. “And then it’s like, ‘What’s happening to me? I feel like I’m dying or going crazy and I’m just sitting in my house’.”

Common signs of a panic attack can include racing thoughts, accompanied by a rush of physical symptoms such as chest pain, heart palpitations, shortness of breath, sweating, dizziness and stomach distress. People often mistake panic symptoms for heart attacks or think that they’re about to suffocate or faint, said author of Panic Attacks Workbook: A Guided Program for Beating the Panic Trick Carbonell. But “really the only thing that’s wrong is that they’ve gotten tricked into preparing for a fight when there’s nothing to fight”.

Gallagher likened panic attacks to a malfunctioning alarm. “These are normal symptoms to have if you’re having to flee a bear or flee a fire,” she said, but sometimes those reactions show up when they shouldn’t.

If you don’t have much experience with panic attacks, the chances that you’ll be able to diagnose one yourself are low, the experts said. So it’s a good idea to seek medical attention, particularly if you are experiencing intense panic symptoms for the first time.

“Depending on other risk factors and that adrenaline discharge, all of the effort that the heart is making might not be good for that person,” De Faria said. “It might have started as a panic attack, but you don’t know.”

A visit to a doctor can be reassuring. Trott said he knew he probably wasn’t having a heart attack at the grocery store in February because he gets regular checkups and has normal blood pressure readings.

During a panic attack, experts recommend reminding yourself that you aren’t in any danger. Carbonell suggested asking yourself, “What I’m experiencing now, is it danger or is it discomfort?”

You should also try to remember that the attack is going to end, regardless of what you do, Gallagher said. Panic attacks typically peak at about 10 minutes.

Try not to take any immediate dramatic actions, such as fleeing the situation, experts said. Also, don’t avoid similar situations in the future; that will only reinforce the belief that it’s “something really terrible and to be feared”, said Senior Director at the American Psychological Association Lynn Bufka.

Instead, let the panic attack happen and let yourself accept everything you’re feeling. As Carbonell pointed out, you’re experiencing discomfort, not danger. You want to take actions that will help you stay in place and give the panic a chance to subside.

For example, if you’re hyperventilating, you can try slow diaphragmatic, or belly, breathing, Bufka said. (While it may be helpful to breathe into a paper bag, the bag itself isn’t necessary.)

Illinois resident Trott at the grocery store, was able to stay in place, as Carbonell recommended. He continued to shop – albeit at a quicker pace. “If I can bear it, I just keep moving and try to concentrate on what I need to get,” he said.

Of course, it can be difficult to think clearly during a panic attack. “All of that adrenaline takes away your ability to make very rational, well-thought decisions,” De Faria said. And developing the skills to mentally coach yourself through an attack can take time. The process is similar, she said, to preparing for a marathon, “You have to train for many months and many sessions without being in a panic state, so that when you are finally there, all of your training kicks in and automatically you perform”.

If you’re finding it hard to manage panic symptoms on your own, don’t wait to get psychological help, Bufka said. “We may call it panic. We may call it anxiety. Neither one are great places to sit in for a long period of time, and it’s appropriate to do something about it.”

One form of therapy that can help with panic attacks, Gallagher said, is interoceptive exposures. It involves working with a professional to induce panic symptoms, so you can learn to recognise that the sensations don’t necessarily mean you’re in danger. “We really need to rewire the brain to know this is a panic attack,” Gallagher explained.

For those with frequent and uncontrolled panic attacks, medication is an option, De Faria said. There are safe, non-addictive medications, such as serotonin reuptake inhibitors, and you don’t have to take them for the rest of your life, she said. “It’s just until things settle and you learn other ways to cope with all of that anxiety.”

If someone else is the person having the panic attack, don’t invalidate their feelings by telling them to “calm down” or “just relax”, Bufka said. Instead, be responsive to their concerns and remind them of the strategies they’ve been practicing.

Gallagher suggested talking to the person and trying to keep them grounded in the present. But Carbonell warned that it’s important to avoid taking charge of the situation, “Be a source of support rather than a rescue.”

Keep in mind that it’s not up to you or the person experiencing the attack to make it end, he said. If someone is having a panic attack, their goal should be to try to “feel a little better” while waiting for the symptoms to subside.

“Panic’s not a disease,” Carbonell said. “Panic’s an overblown version of something very normal and ordinary and essential to life – our capacity to feel fear. So we don’t want a cure for that.”