How to Manage Panic Attacks Through Mindfulness

Posted by: admin Categories: Stress and anxiety
Comments Off on How to Manage Panic Attacks Through Mindfulness


“The room is full of executives, I am expected to say something important, strategic. As we go around the table introducing ourselves, I tell myself not to panic, it’s okay, but then I remember the last time this happened, and I know this I going to be bad.”

This was the feeling someone once conveyed to me regarding the onset of their panic attack. 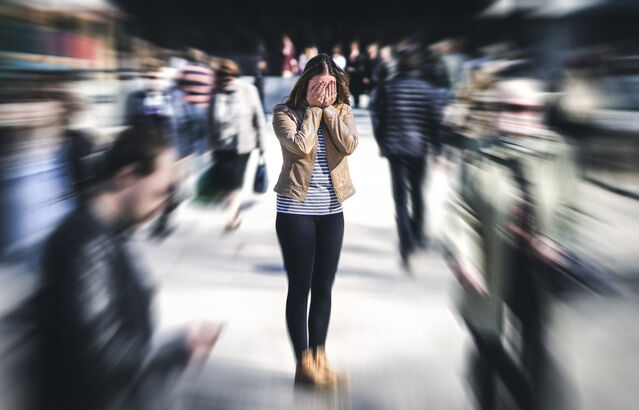 Anxiety disorders are typically characterized by feelings of intense fear or anxiety, or the anticipation of future threatening events and avoidance of any kind of anxiety-provoking situations to help diminish the person’s sense of fear and threat. A panic attack is a particular type of fear response. It involves an abrupt rush of high-intensity distress and discomfort in a situation and it reaches a maximum effect quickly, often within minutes (American Psychiatric Association, 2013).

According to the DSM-5, the symptoms of panic attacks include:

Panic attacks are a type of anxiety disorder that can hijack our sense of well-being. Panic attacks are defined as hyperphysical reactions to intense feelings of terror which emerge intermittently, rapidly peaking within minutes of their onset where there are at least four of the symptoms noted above to classify it as a disorder. The symptoms may often arise after a stressful life event such as a divorce, death of a loved one, loss of health or some other impact.

As the panic attacks continue, thoughts that activate the body’s nervous system and fight-or-flight mechanism may also be stimulated by the person’s hyper-focus and sensitization to other stressful potentials in their environment such as fear of exposure to COVID-19, fear of an uncertain future, fear of abandonment, and the list goes on. Typically one out of 75 people may experience a panic attack, and lately, there’s certainly been a lot more to feel panicked about.

The individual who experiences recurrent panic attacks over time can become frustrated by the uncertainty of when or where it will happen next. And therein continues the process of rumination and worry about the re-occurrence of future panic attacks which, in turn, may exacerbate the likelihood of another one, thus impeding the prospect of normal day-to-day functioning.

Panic attacks develop from a mind and body connection, as the symptoms of panic attacks are both physical and cognitive in nature. Looking at the list above, most of the symptoms are physical, which indicate the responsiveness of the body to panic and stress. When your mind perceives a threat, it signals the body to prepare for a “fight or flight” response. As a result of this, such physical symptoms may emerge.

Body and mind in balance

This is why studies have shown that activating the “relaxation response,” which is the opposite of “stress response,” helps manage panic attacks. Moreover, relaxation techniques help reduce the cognitive symptoms of panic and anxiety disorders, such as engaging applied relaxation for generalized anxiety disorder. Some of the more common relaxation techniques that a person experiencing panic attacks can utilize are yoga, deep breathing, massage, visualization, progressive muscle relaxation, and mindfulness meditation.

Mindfulness meditation is a well-known technique used in clinical practice. It is based on the Buddhist concept that human suffering depends on how you deal with negative processes of your mind. For instance, when you focus on negative emotions, you tend to increase your distress and suffering. 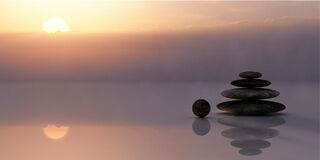 gray rocks on body of water during daytime

Hence, mindfulness teaches a new way to relate to negative feelings by focusing on the present moment and utilizing strategies and techniques of observing, non-reacting, acting with awareness, and nonjudging. Although the exact mechanism behind the efficacy of mindfulness may not be known, focused attention, self-awareness, and emotional regulation play the central role.

As mentioned, a panic attack is a sudden and intense surge of fear and discomfort accompanied by ratcheted-up feelings of uncertainty of not knowing under what circumstances something will trigger the next attack. Considering this, people who can “tolerate” uncertainty better can interpret their bodily sensations as less threatening, and in turn, experience less frequent panic attacks. In this case, mindfulness-based cognitive therapy or MBCT can also help. Here are several forms of applying mindfulness in your daily life. It is an easy practice to follow if you understand the pillars of mindfulness.

With these pillars, you can learn to become more mindful of your present moment without ruminating about the past and worrying about the future.

How to Get Started with Mindfulness Meditation

A good way to start practicing mindfulness is through meditation using an approach known as calm abiding. Calm abiding may be defined as a process for allowing the mind to rest on an object referent or one-pointedly on something other than distractive thoughts.

To begin meditation, grab a pillow or bolster you can use to sit on and find a comfortable position on the ground with legs crossed. Alternatively, you may choose to sit in a chair if that is more accessible and comfortable. Your hands should rest on your knees, and your back should be straight. This immediate focus on posture will begin to train your mind in a more directed way.

As you sit, try taking a few deep, relaxing breaths in and out, allowing your breathing to slow to an eventual calming pace that feels good. Engaging a one-pointed approach, you will want to find an object to focus on such as a flower, a candle, or a picture on the wall.

Utilizing a tangible object to focus on is a form of external support for the mind. As you narrow your focus on the object, still breathing calmly and slowly, notice the object's features, allowing your eyes to study its aesthetics such as colors, curves, patterns, textures, and nuances. The goal is to concentrate on the object, allowing all other thoughts to move away.

Taking three to five minutes a day to begin this method of meditating is a good start. As your ability to meditate and engage mindfulness grows with time, intrusive and distracting thoughts will begin to subside with practice.

Meditation will teach you to get to know what thoughts lead you to anticipation, fear of uncertainty, and how you can manage your cognitive and physical symptoms. Similarly, through practicing mindfulness, you can train your mind and body to enter into relaxed states to help you in the present moment. Hence, mindfulness is an effective and widely used technique to calm our thoughts, help re-orient focus and potentially eliminate the symptoms of panic attacks, helping you manage the challenges of panic attacks.