Posted by: admin Categories: ANXIETY MANAGEMENT
Comments Off on 99% of humans are breathing air that exceeds air pollution limits and that ‘threatens their health’

The World Health Organization (WHO) issued a dire warning Monday that almost all humans on earth are breathing unhealthy air.

According to the agency's standards for air quality, 99 percent of humans live in an area with unacceptable pollution levels.

Fine particulate matter and nitrogen dioxide have been deemed as primarily to blame for the issue, with people in low and middle income countries considered to be most at risk.

The near universal global issue poses a huge problem for health officials around the world, and controlling this level of pollution poses a near insurmountable problem. 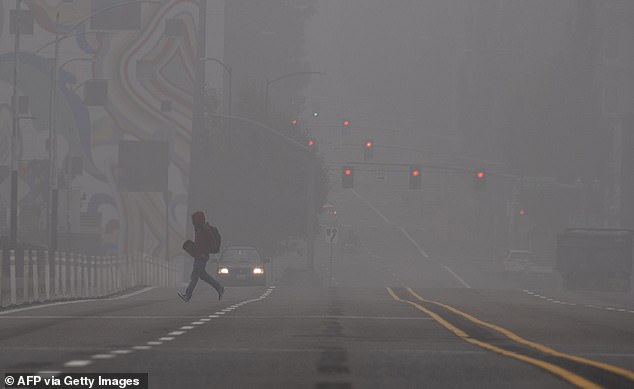 The WHO warns that basically every human being in the world lives in an area where air pollution levels exceed safe levels. Pictured: A man walks through smog in Portland, Oregon on September 14, 2020

The WHO announced that over 6,000 cities around the world in 117 countries are monitoring air quality, a new milestone in the effort to keep air clean.

Tracking air quality is only one step of the puzzle, though, and now that the world has a better look at the issue, the WHO is warning that it is time to act.

Nitrogen dioxide is most responsible for the issue, the WHO says. Particulate matter can be especially dangerous as well, it warns.

'Particulate matter... is capable of penetrating deep into the lungs and entering the bloodstream, causing cardiovascular, cerebrovascular (stroke) and respiratory impacts,' the WHO wrote in a statement.

'There is emerging evidence that particulate matter impacts other organs and causes other diseases as well.' 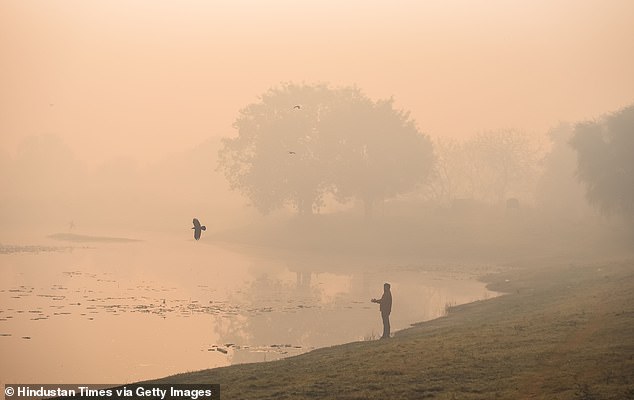 High pollution levels expose people to large levels of nitrogen dioxide and microparticles that can prove to be dangerous and cause severe health issues. Pictured: A man stands in a smoggy area of New Dehli, India

This is incredibly dangerous, and experts warn it can cause issues for both the immune and endocrine systems, among others.

'Plastic threatens human health at every stage of its production pipeline - from the extraction of the fossil carbon, oil and gas, that is plastic's main constituent, to its manufacture, use and disposal,' Philip Landrigan, director of the Global Observatory on Pollution and Health, told the Washington Post.

Microplastics can also harm the circulation of blood, and deny oxygen to parts of the body if the build up becomes severe enough.

Young children are especially at risk, as microplastics entering their blood and organs at a young age can potentially cause developmental issues down the line.

A pregnant women may even be passing on microplastics on to their unborn child if the particles enter her placenta. 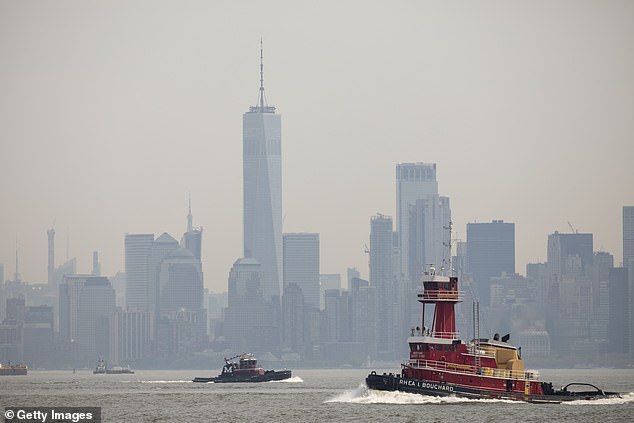 '[Nitrogen dioxide] is associated with respiratory diseases, particularly asthma, leading to respiratory symptoms (such as coughing, wheezing or difficulty breathing), hospital admissions and visits to emergency rooms,' the WHO wrote.

'After surviving a pandemic, it is unacceptable to still have seven million preventable deaths and countless preventable lost years of good health due to air pollution,' Dr Maria Neira, WHO Director, Department of Environment, Climate Change and Health, said.

'That's what we're saying when we look at the mountain of air pollution data, evidence, and solutions available.

'Yet too many investments are still being sunk into a polluted environment rather than in clean, healthy air.'

The WHO makes clear recommendations for nations dealing with high pollution levels - which seems to be all of them.

It recommends an increased investment into public transportation, cycling access - in lieu of cars - and an investment into efficient household utilities to limit emissions.

« Billions of people still breathe unhealthy air: new WHO data
‘My family were told I may not survive the night when I got blood clots at 22 and now it’s too dangerous for me to get pregnant’ »