Two innovation studies published recently by University of Florida researchers at the Department of Energy's Center for Advanced Bioenergy and Bioproducts Innovation demonstrated the first successful precision breeding of sugarcane through the use of CRISPR/Cas9 genome editing, a far more targeted and effective way of developing new varieties.

A Phys.org report specified that sugarcane is one of the most productive plants on this planet, providing 80 percent of the sugar 30 percent of the bioethanol produced globally.

The product's size and efficient use of water and light provide it remarkable potential for the generation of renewable value-added bioproducts and biofuels.

However, the highly multifaceted sugarcane genome postures challenges for conventional breeding, needing over a decade of trials for the development of an enhanced cultivar. 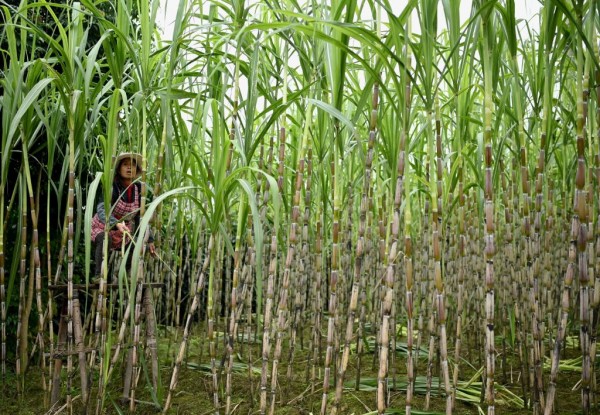 (Photo : NOEL CELIS/AFP via Getty Images)
Researchers said they now have efficient tools to modify sugarcane into a crop that has higher productivity or enhanced sustainability.

CRISPR/Cas9 enables scientists to present precision changes in nearly any gene and depending on the selected method, to turn the gene off or replace it using a superior version. The latter mentioned is technically more difficult and has unusually been reported for crops thus far.

In the initial report, researchers demonstrated the ability to turn off numbers of copies of the magnesium chelatase gene, described in the National Library of Medicine as a key enzyme for chlorophyll biosynthesis in sugarcane, generating rapidly distinguishable plants with light green to yellow leaves.

Light green plants did not exhibit growth reduction and may need less nitrogen fertilizer to yield the same amount of biomass.

The researchers co-introduced a repair template together using the gene-editing tool to direct the plant's own DNA process so that a single or two of the thousands of the gene's building blocks known as nucleotides, were accurately replaced in the targeted site.

As a result, the gene product was still fully functional and could not be inhibited by the herbicide anymore.

The lab of Altpeter, part of the groundbreaking project of CABBi to develop new oil-rich sugarcane varieties, has established research with sugarcane genome editing through the use of the TALEN gene-editing system.

However, the two recent publications are the first to succeed in demonstrating CRISPR gene-editing in sugarcane, as well as gene targeting for precision nucleotide substitution in sugarcane through the use of any genome-editing too.

According to Altpeter, now they have very efficient tools to modify sugarcane into a crop that has higher productivity or enhanced sustainability. It is essential since sugarcane is the ideal crop to fuel the developing bioeconomy.

Through conventional breeding, two types of sugarcane are crossbred for the reshuffling of genetic information that exists in each parent in the hope of improving a desirable characteristic like disease resistance.

The problem is that genes are transmitted from parents to offspring in blocks, and desirable characteristics are frequently associated with deleterious genetic material.

Meaning, scientists frequently have to do multiple rounds of backcrossing and screen thousands of plants to restore the elite background, or underlying plant characteristics, on top of improving a single trait they are trying to modify.

Precise gene-editing technologies like CRISPR-Cas9, as described in the CRISPR Therapeutics site, for one, offer a much more targeted path to improvement of crops since it avoids the reshuffling of genetic information and simply modifies interior gene versions into superior ones.

Related information about CRISP-Cas9 is shown on Horizon Discovery's YouTube video below:

Check out more news and information on CRISPR on Science Times.

« Setting the label and value size for axis in PCA plot with fviz_pca_ind in factoextra
Adverse rare events to vaccines for COVID-19: From hypersensitivity reactions to thrombosis and thrombocytopenia »