India's largest vaccine producer Serum Institute of India (SII) on Tuesday said it would continue to scale up its production of AstraZeneca's COVID-19 vaccine and start exporting to other countries by the end of the year.

In a statement that SII posted on Twitter, they said, "We would like to reiterate that we have never exported vaccines at the cost of the people of India and remain committed to do everything we can in the support of the vaccination drive in the country."

In the statement, the company has said that in January 2021, the company had a large stockpile of vaccine doses. "Our government extended support wherever possible during this period," it has said. 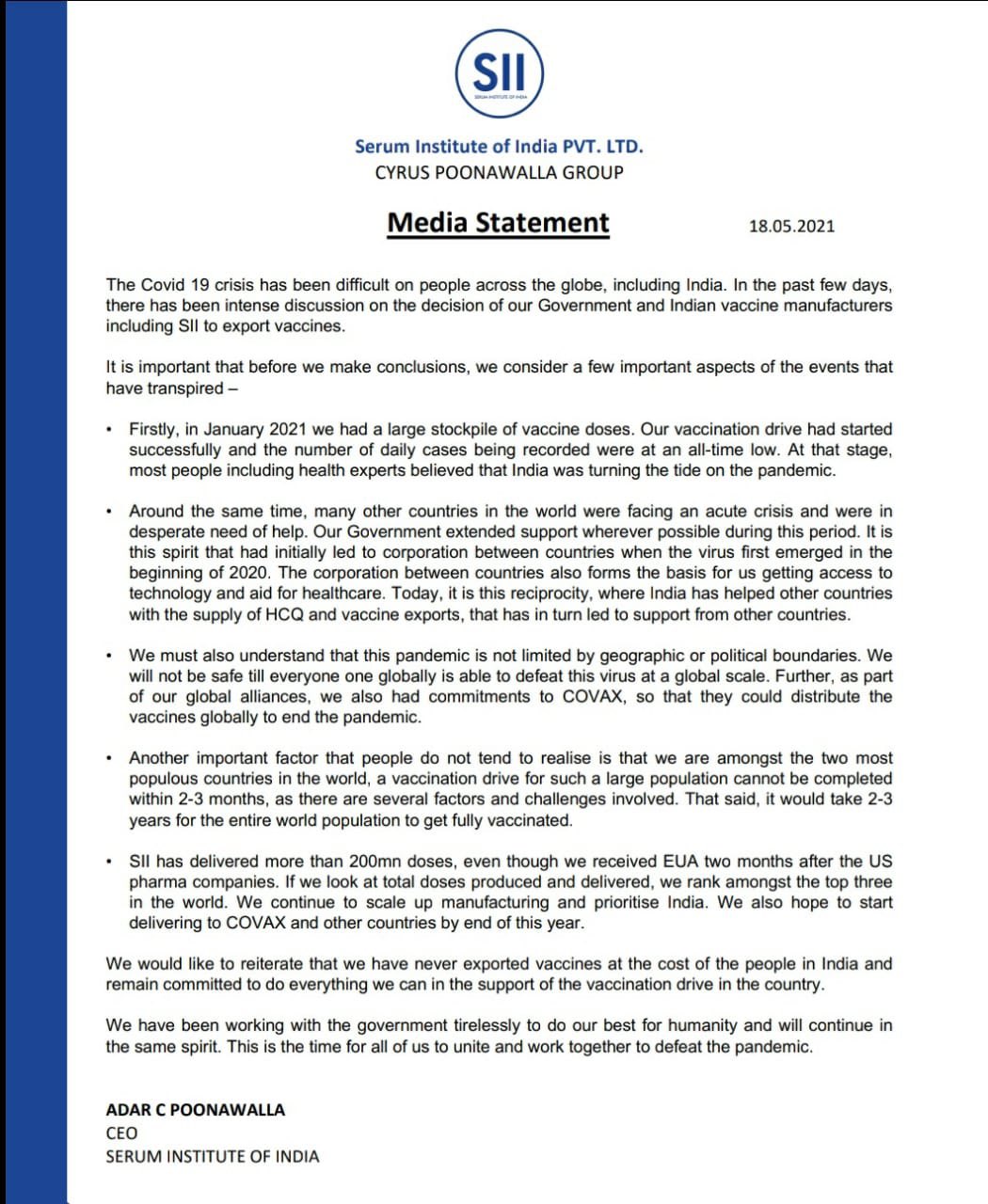 Justifying the need for a huge of doses in a large country like India, the company has said that an "important factor that people do not tend to realise is that we are amongst the two most populous countries in the world, a vaccination drive for such a large population cannot be completed within 2-3 months, as there are several factors and challenges involved."

Battling the world's biggest jump in coronavirus infections, India halted vaccine exports a month ago after donating or selling more than 66 million doses. The move has left countries including Bangladesh, Nepal, Sri Lanka, and many in Africa scrambling for alternate supplies.

The World Health Organization, which co-leads COVAX, on Monday called on vaccine makers outside India to advance supplies to the program given the shortfall from the South Asian country.