Magenta, Beam partner to explore use of antibody-based conditioning drug for gene therapies

Posted by: admin Categories: Genetics
Comments Off on Magenta, Beam partner to explore use of antibody-based conditioning drug for gene therapies 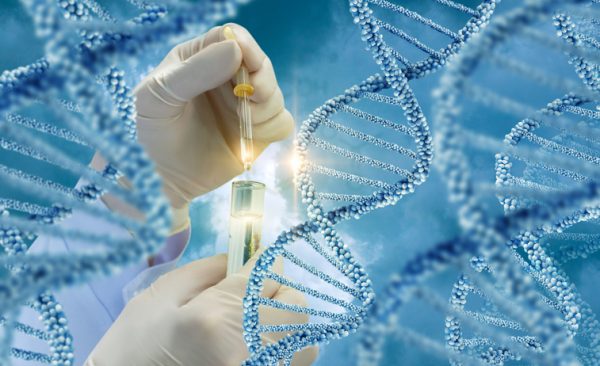 A company developing a drug to address the growing need for safe ways to condition patients receiving cell and gene therapies is partnering with a firm developing single letter-level gene editing to investigate ways to apply its approach in patients with blood disorders.

Cambridge, Massachusetts-based Magenta Therapeutics and Beam Therapeutics said Monday that they had signed a non-exclusive research and collaboration agreement centered on one of Magenta’s preclinical assets as a conditioning therapy in patients with beta-thalassemia and sickle cell disease, the antibody-drug conjugate MGTA-117. Beam is developing gene-editing therapies that can edit DNA at the single-letter level, known as base editing, as compared with CRISPR/Cas9, which works by “cutting” strands of DNA.

Shares of Magenta and Beam were mostly flat on the Nasdaq following news.

Generally, patients who are receiving cell and gene therapies must first undergo conditioning using chemotherapy or radiation, which clears out the bone marrow in order to allow the therapies to engraft, but causes significant toxicity. For example, busulfan, a chemotherapy drug commonly used for this purpose, is a carcinogen, known to cause acute myeloid leukemia.

According to Magenta’s pipeline page, MGTA-117 is still in studies designed to enable it to enter clinical trials, also known as IND-enabling studies, referring to the investigational new drug application the company would file with the Food and Drug Administration to begin testing on human subjects. The company’s lead conditioning product candidate is MGTA-145, which is in Phase I clinical development. MGTA-117 is designed to target only hematopoietic stem and progenitor cells, while leaving immune cells alone and has been shown in non-human primates to be highly selective, tolerable and effective.

“We believe patients will benefit from a more precise process to remove hematopoietic stem cells and prepare them to receive genetic medicines,” Magenta CEO Jason Gardner said in a statement. “Magenta has developed targeted [antibody-drug conjugates] as the preferred modality for our conditioning programs, and we have designed MGTA-117 specifically to optimize it for use with a genetically modified cell product delivered in a transplant setting.”

Beam’s hereditary persistence of fetal hemoglobin (HFPH)-based gene-editing therapies for beta-thalassemia and sickle cell disease are the most advanced ones in its portfolio, being currently in lead-optimization development, the phase of development that precedes IND-enabling studies. Another sickle cell disease approach known as Makassar, which enables precise correction, is in slightly earlier lead-optimization studies. Additional programs include CAR-T cell therapies for T-cell acute lymphoblastic leukemia and acute myeloid leukemia, programs for alpha-1 antitrypsin deficiency, Stargardt disease and others.

Several other companies are also developing gene therapies for beta-thalassemia and sickle cell disease. These include CRISPR Therapeutics and Vertex Pharmaceuticals, which are partnered on the development of an ex vivo gene-editing therapy, while bluebird bio’s therapy works by inserting a properly functioning version of the gene involved with the diseases into patients’ stem cells.