Crispr Therapeutics AG (NASDAQ:CRSP) President Rodger Novak sold 33,618 shares of the stock in a transaction on Tuesday, November 19th. The stock was sold at an average price of $70.00, for a total value of $2,353,260.00. Following the completion of the transaction, the president now owns 33,618 shares of the company’s stock, valued at approximately $2,353,260. The transaction was disclosed in a filing with the Securities & Exchange Commission, which is accessible through this link. 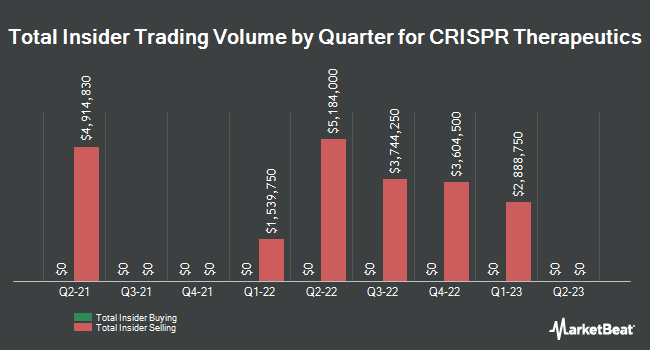 « 한국생물공학회 학술대회
A Reversal for Oncosec Medical Incorporated (NASDAQ:ONCS) Is Near. The Stock Has Decrease in Shorts »