Posted by: admin Categories: Genetics
Comments Off on Groundbreaking needle-free coronavirus vaccine is set to start trials in Australia

A needle-free coronavirus vaccine will start trials in Australia following a $3million boost from the government.

The groundbreaking DNA-based vaccine has been developed by medical experts at Sydney University.

About 150 people have signed up for human trials to test the COVID-19 drug later in the year, which is administered to patients via a thin jet of air through the skin.

Doctor Ginni Mansberg said the inoculation device, known as PharmaJet, could be more effective than a jab. 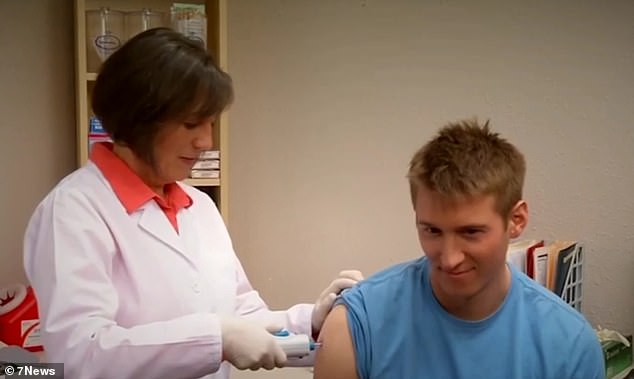 Doctor Ginni Mansberg said the inoculation device, known as PharmaJet, could be more effective than a jab (pictured)

'It goes directly into the skin, which is the body's biggest immune system organ, and we think skin-delivered vaccines have the potential to do better,' she told Sunrise.

'The whole idea is your body's going to recognise tiny amounts of DNA and build it's own antigens to stimulate your immune system.'

While the air jet system is not completely painless, it removes the risk of 'needle stick injuries' to health workers to administer the jab. 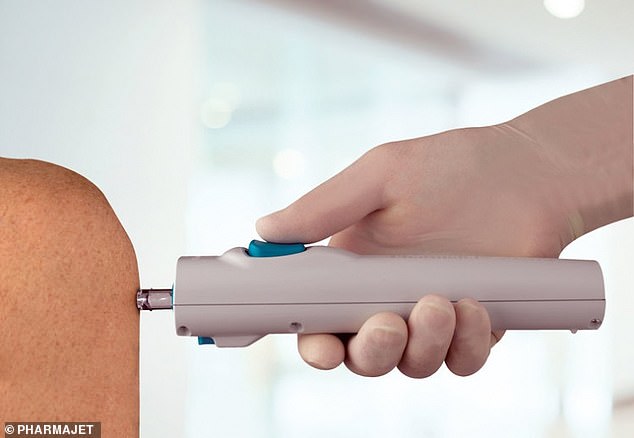 While the air jet system (pictured) is not completely painless, it removes the risk of 'needle stick injuries' to health workers to administer the jab

'Our Government continues to invest in medical research to supercharge the development of promising vaccines to save lives and protect lives,' Health Minister Greg Hunt said upon announcing the funding.

WHAT IS A DNA VACCINE?

Vaccines are traditionally made using weakened versions of a virus that are injected into the body to trigger an immune response.

In a DNA vaccine, a small amount of the the virus' genetic information is inserted into the body.

Cells can then produce a protein which is needed to trigger an immune response.

Scientists say the DNA of a virus can be replicated relatively quickly and easily.

Mr Hunt also announced on September 7 that the government signed a deal to buy a vaccine being developed at Oxford University, and another produced at the University of Queensland.

He explained both vaccines will require two injections to be effective.

'It's likely that both vaccines will require what's called a double shot, or an initial vaccination and a booster approximately a month later,' he told reporters.

He said they will likely provide immunity to coronavirus for several years.

'The best advice that we have - and it's not determined yet - is that there is likely to be multiyear protection,' he said.

'Nobody can say whether it will be lifetime.'

Researchers at the University of Queensland are in early controlled-group stages in the testing of their vaccine - known as phase one - while the University of Oxford scientists are at the more advanced phase-three stage involving 30,000 people.

If successful, the vaccines will be rolled out to Australians who want one for free. A vaccine will not be compulsory.