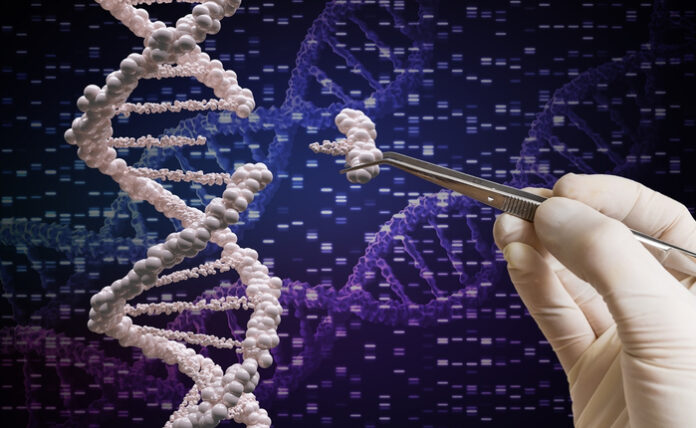 There were a lot of biotech stocks that made big moves on Thursday, but most of them were involved in the gene-editing sector in some shape or form. Many of the top players in this industry saw their stock prices rise as much as 20% over the course of the day. One well-known company, Intellia Therapeutics (NASDAQ: NTLA), provided an update for one of its experimental, albeit closely watched, gene-editing drugs. It was this news that served as a catalyst for the rest of the industry.

The update was delivered as part of Intellia’s second-quarter results. Although the company didn’t see much revenue for the quarter, that’s on-par for the course when it comes to clinical-stage biotech stocks. Instead, the only thing shareholders cared about was Intellia’s existing pipeline of drug candidates. On that front, Intellia announced it would start phase 1 trials for NTLA-5001, a drug that treats acute myeloid leukemia.

“We presented the first clinical data in history supporting precision editing of a disease-causing gene within the body following a single, systemic dose of Crispr/Cas9,” said Intellia in a statement. “These data open a new era of medicine – one that holds the potential of curing genetic disease.”

Gene-editing drugs have tremendous profit potential precisely because they treat genetic conditions that cant be treated otherwise. It’s also for this reason that so many gene-editing treatments cost a lot of money. Some treatments, like Luxturna, cost hundreds of thousands, if not millions of dollars per patient.

Another big name in the gene-editing world, CRISPR Therapeutics (NASDAQ: CRSP), also announced its own Q2 results yesterday. CRISPR confirmed that it plans to apply for a regulatory filing for CTX001, a sickle cell disease treatment, sometimes by the end of the year.

Phase 1 trials are expected to begin by the end of this year. Besides that, CRISPR reported managed to beat out analyst expectations thanks to a $900 million upfront payment from Vertex Pharmaceuticals (NASDAQ: VRTX), one of CRISPR’s business partners, as part of their involvement in developing CTX001.

Gene-editing is still a highly experimental field, with treatments all still in the early stages of clinical development. As such, the gene-editing sector operates on a “rising tide lifts all ships” mentality. Good news from one company in regards to treatment often sends the rest of the industry skyrocketing as well. That also has to do with many companies developing similar treatments for the same conditions. Sickle cell disease is one example, with there already being several treatments developed by different companies targeting the same disease.

Shares of CRISPR and Intellia were up 7.1% and 12.4% in response to the news. The rest of the industry was also reporting significant gains as well. Editas Medicines (NASDAQ: EDIT) saw a 12.34% gain over the course of the day.