Posted by: admin Categories: Genetics
Comments Off on Explained: J&J vaccine and the blood clot risk

On April 13, the US federal health regulators recommended a pause in the use of Johnson & Johnson’s Covid-19 vaccine while they investigated six reports of blood clots in women ages 18 to 48. One has died, and a second is hospitalised in critical condition.

As of April 13, 7.2 million people in the United States had received the vaccine without any other serious adverse reactions reported.

Experts have yet to determine to what extent, if any, the vaccine is responsible for the clots. But the investigation follows actions by European regulators who concluded that a vaccine made by AstraZeneca may also be the cause of a similar, extremely rare clotting disorder.

US and European public health experts have emphasised that for most people, the benefits of the Covid vaccines far outweigh the risks.

Several countries in Europe last week restricted use of the AstraZeneca-Oxford vaccine to older adults because rare cases of a blood disorder were occurring in younger people. The AstraZeneca vaccine has not been authorised in the United States.

What does this mean for people who have recently received the Johnson & Johnson vaccine?

Fewer than one in a million J&J vaccinations are now under investigation. If there is indeed a risk of blood clots from the vaccine — which has yet to be determined — that risk is extremely low. The risk of getting Covid-19 in the United States is far higher.

The US Food and Drug Administration recommends that people who have received the Johnson & Johnson vaccine within the past three weeks should contact their doctors if they experience severe headaches, abdominal pain, leg pain or shortness of breath. Doctors seeing people with those symptoms, particularly if the patients are young women, should ask if they recently received a Covid vaccination, Dr Anthony Fauci, the Biden administration’s chief science adviser, said at a news briefing on April 13. 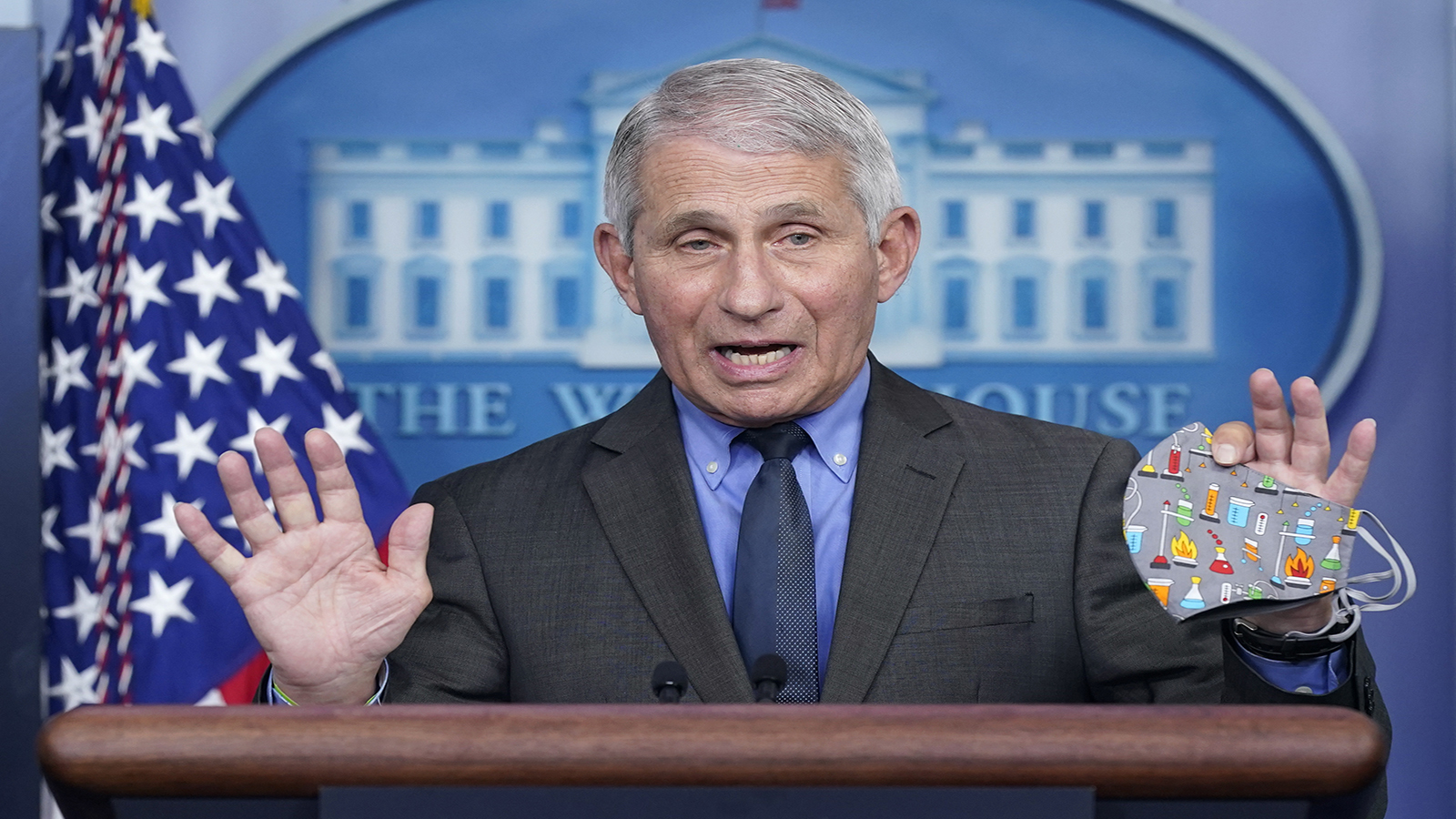 Dr Anthony Fauci says that J&J vaccine pause will likely only last 'days to weeks,' not 'weeks to months'

Dr Anthony Fauci says that J&J vaccine pause will likely only last 'days to weeks,' not 'weeks to months'

People should not be concerned about mild headaches and flu-like symptoms in the first few days after vaccination. Those are common, harmless side effects brought on by the immune system’s production of a defense against the coronavirus.

For people who received the vaccine a month or two ago, the issue being raised about clots “doesn’t mean anything,” Dr Fauci said. The six cases occurred within a “pretty tight window” of six to 13 days after people received the shot, he said.

What is a pause?

During clinical trials and after vaccines go into wide use, experts keep track of any medical problems experienced by people who receive them. If an unusually large cluster of cases turns up, regulators may decide to pause a trial or stop the use of a vaccine to investigate further.

Pauses are common, and typically the investigations reveal that the medical problems were a matter of coincidence. If the investigation reveals that a vaccine does pose a risk, regulators may write new guidance about who should or should not receive it. The pause also gives them time to advise doctors about how to recognise and treat the condition.

In this instance, the Food and Drug Administration and the Centers for Disease Control and Prevention are recommending a pause, and states have already heeded the agencies’ advice. Among businesses temporarily stopping use of the vaccine are CVS Health and Walgreens.

In a news conference on April 13, the US federal officials said that the government’s review would likely take only a matter of days. A CDC panel is expected to discuss the issue at a meeting Wednesday.

What is the problem that led to the pause?

Six women in the United States who received the Johnson & Johnson vaccine developed a rare disorder involving blood clots within about two weeks of vaccination. In those with the condition, called cerebral venous sinus thrombosis, clots form in veins that drain blood from the brain. The results are “stroke-like,” Dr Anne Schuchat of the CDC said. 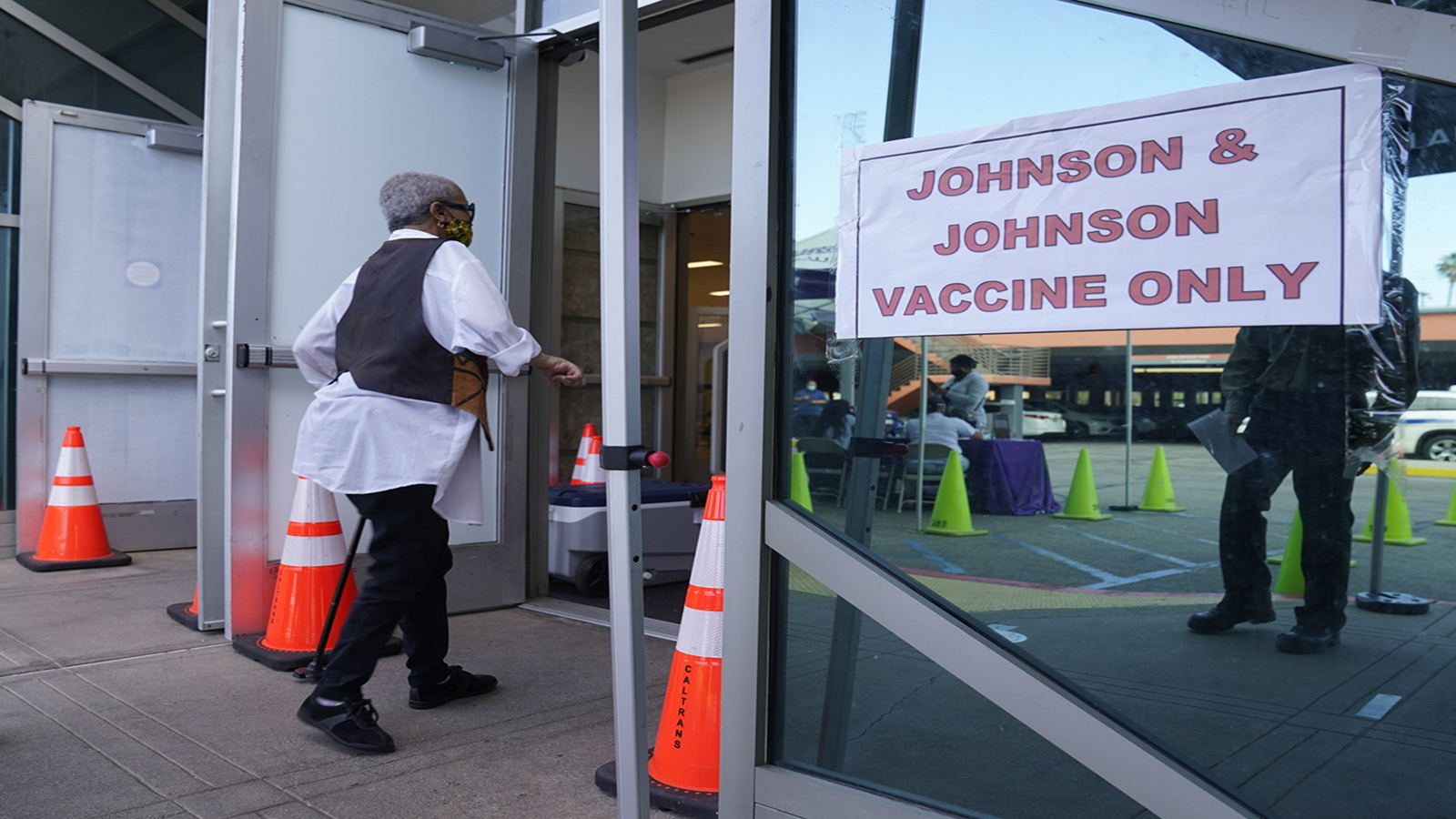 Researchers studying a very similar disorder in AstraZeneca recipients in Europe say it appears to be caused by an intense reaction to the vaccine by the immune system, which generates antibodies that activate platelets, a blood component that helps form normal clots to repair wounds. In addition to clots, abnormal bleeding occurs. European researchers have called the disorder identified there “vaccine-induced immune thrombotic thrombocytopenia.”

Dr Peter Marks of the FDA said it was the unusual combination of clotting and bleeding that set up a red flag for regulators as a possible safety signal.

So far, researchers have not found a way to predict who will develop the disorder and have not identified any underlying condition that might indicate susceptibility.

Dr Fauci said that if scientists could identify some common underlying trait in the women who developed the clots, it might help to determine who is at risk and enable regulators to establish categories of people who should not receive the J&J vaccine.

What is a blood clot?

A blood clot is a thickened, gelatinous blob of blood that can block circulation. Clots form in response to injuries and can also be caused by many illnesses, including cancer and genetic disorders, certain drugs and prolonged sitting or bed rest. Covid itself can trigger serious clotting problems. Clots that form in the legs sometimes break off and travel to the lungs or, rarely, to the brain, where they can be deadly.

How common are blood clots?

In the United States, 300,000 to 600,000 people a year develop blood clots in their lungs or in leg veins or other parts of the body, according to the CDC

Based on that data, about 1,000 to 2,000 blood clots occur in the US population every day. With several million people a day now getting vaccinated, some of those clots will occur in those receiving the shots just by coincidence, unrelated to the vaccine.

In Britain, regulators have said, roughly one in 1,000 people are affected by a blood clot in a vein every year.

But the clotting disorder of concern in the vaccine recipients is much rarer and different from typical blood clots. In addition to clotting in the brain — called cerebral venous sinus thrombosis, or CVST for short — the patients all had a notably low level of platelets, which left them prone to abnormal bleeding.

What does Johnson & Johnson say about the new cases?

On April 13, Johnson & Johnson said the company was aware of an extremely rare disorder involving people with blood clots in combination with low platelets in a small number of individuals who have received its vaccine. “In addition, we have been reviewing these cases with European health authorities,” the company said in its statement. “We have made the decision to proactively delay the rollout of our vaccine in Europe.” 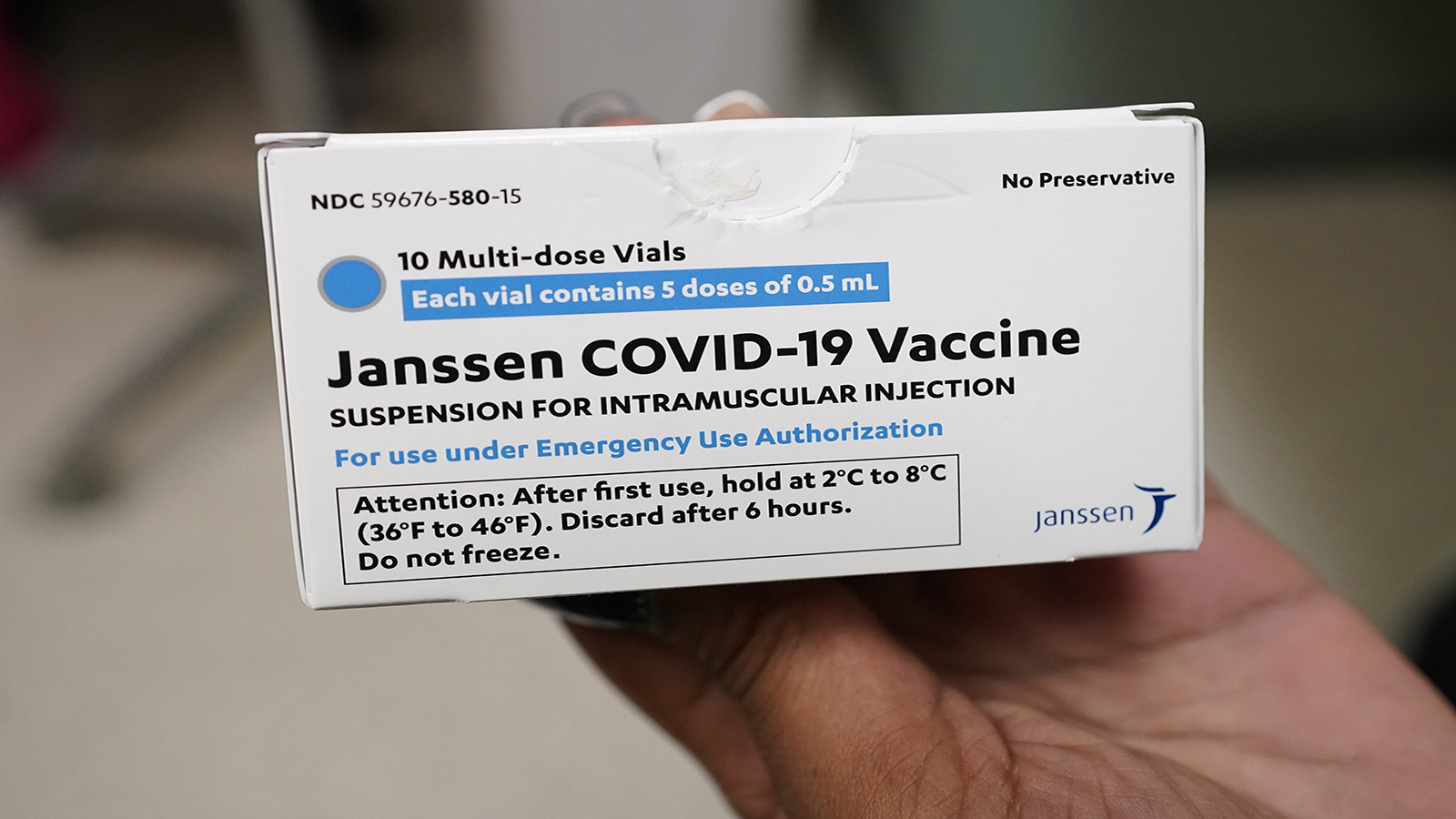 Is this the same problem linked to the AstraZeneca vaccine in Europe?

At the news conference on April 13, Dr Marks of the FDA said the cases were “very, very similar.”

Both Johnson & Johnson and AstraZeneca use adenoviruses to carry DNA into human cells to begin the process of generating immunity to the coronavirus. It is not yet known whether that technology causes the problem.

German researchers have speculated that DNA from the vaccine may set off the immune reaction in some people. But the condition is so rare that the researchers say patients likely also have some individual biological trait — as yet unknown — that predisposes them to the immune overreaction.

Last month, European regulators began investigating similar cases of cerebral venous thrombosis linked to low platelets. They concluded that the disorder was a very rare side effect of the AstraZeneca vaccine. It’s too early yet to know if Johnson & Johnson’s vaccine is responsible for the same type of rare blood clot.

What are the symptoms of the AZ-linked clotting disorder?

European regulators had recommended that recipients of the vaccine seek medical assistance for a number of possible symptoms, including swelling in the leg, persistent abdominal pain, severe and persistent headaches or blurred vision, and tiny blood spots under the skin beyond the area where the injection was given. But that set of symptoms was so vague that almost immediately, British emergency rooms experienced a surge in patients who were worried that they fit the description. 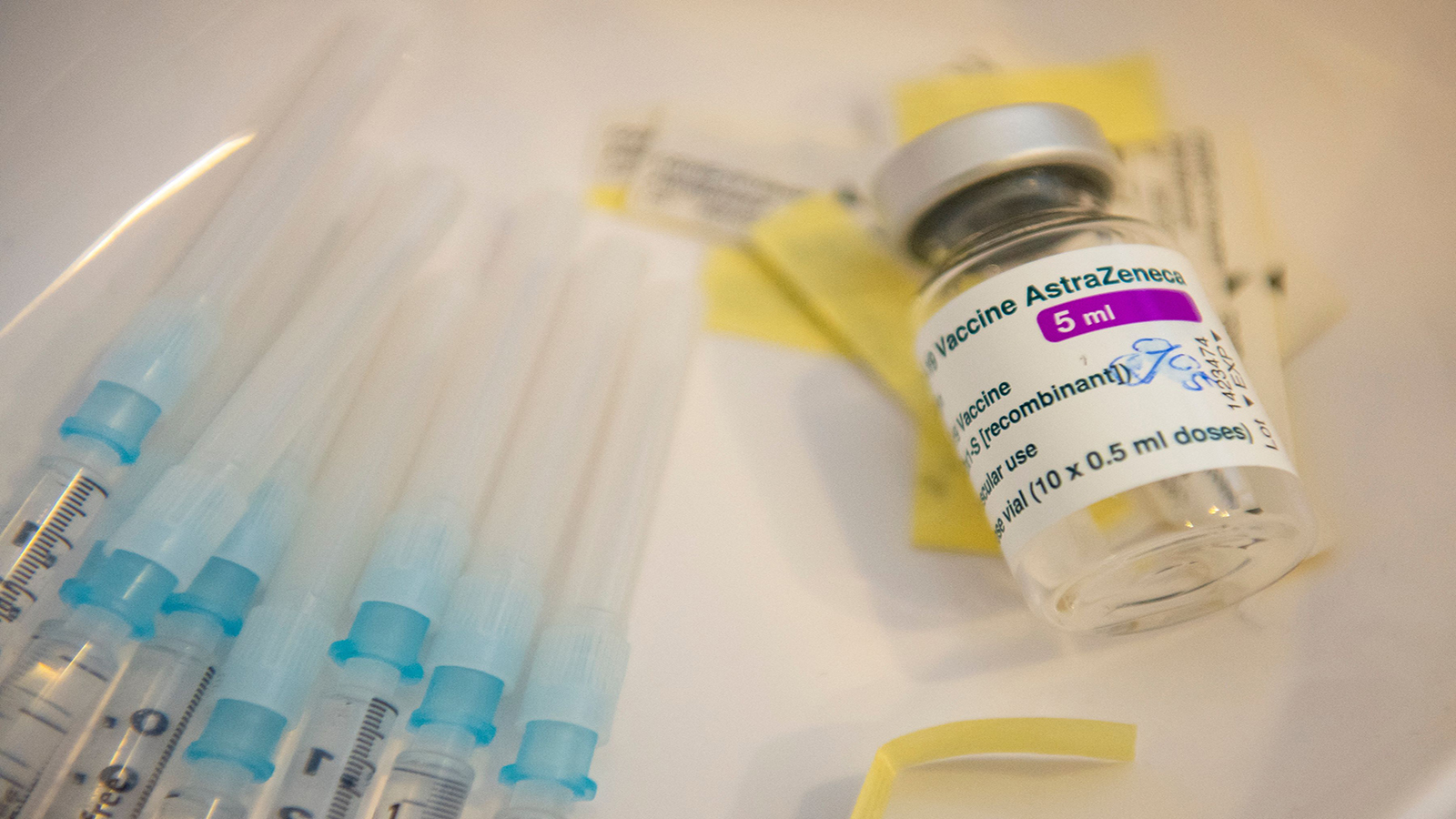 Nonetheless, German researchers say that such symptoms in vaccine recipients must be followed up. Blood tests can detect the antibodies.

Can the disorder be treated?

Doctors in Germany and Norway have treated patients with blood-thinning drugs to try to stop the growth of the clots, and with intravenous immune globulin, which can help eliminate the misguided antibodies that are causing the problem.

Researchers there and US federal health officials on April 13 advised against using a common blood thinner, heparin, and recommended choosing alternative medicines instead. The reason is that the disorder closely resembles a rare syndrome caused by heparin, and it is possible that heparin could make things worse in these patients.

German researchers have emphasised that treatment should begin as soon as possible, because the condition can worsen rapidly.

Does this risk mainly affect women?

We don’t know yet. The six cases being investigated among people who got the J&J vaccine all involve women. However, that number is so small that it’s impossible to draw firm conclusions from it.

Asked on April 13, whether use of contraceptives could be a contributing risk factor, US health officials said they did not know of any link.

In Europe, it initially appeared that women were at greater risk blood clots associated with the AstraZeneca vaccine, although some cases involved men who had received the vaccine.

On closer investigation, it turned out that more women were getting the vaccine overall in some countries, because they’re overrepresented among health care workers. British regulators now say that they don’t have evidence to say whether men or women are more likely to be affected by blood clots.

Are rare blood clots associated with the Moderna and Pfizer-BioNTech vaccines?

The FDA has not found any similar cases in people who have received the Moderna or Pfizer-BioNTech vaccines.

Lowered platelet levels, however, have been reported in small numbers of patients who received the Moderna, Pfizer-BioNTech and AstraZeneca vaccines. One recipient, a physician in Florida, died from a brain haemorrhage when his platelet levels could not be restored, and others have been hospitalised. US health officials have said that the cases are being investigated, but they have not reported the findings of those reviews and have yet to indicate that there is any link to the vaccines.