Does it make sense to compare overall array reactivities of quantile normalised data?

Posted by: admin Categories: Genetics
Comments Off on Does it make sense to compare overall array reactivities of quantile normalised data?

I have been analysing some protoarray protein arrays in R and following quantile normalisation of log2 transformed data it looks like this:

So I un transformed the data using 2^(value) and then took the mean and standard error of "ARF" vs "controls" and got the following: 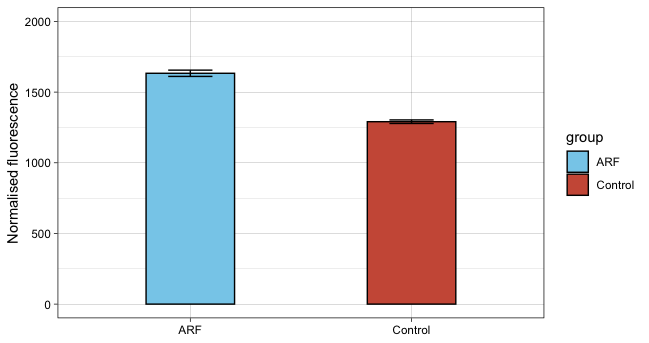 My question is, does this make sense as an analysis? Could I say that "ARF" have higher reactivates than "controls",

If so how does the quantile normalisation not mean the two groups are identical?