Honda Motor (NYSE: HMC) said that its operating profit in the quarter that ended on Dec. 31 fell 2.1% from a year ago, a better-than expected result that led the company to increase its guidance for the current fiscal year.

Honda's operating profit of 166.6 billion yen ($1.52 billion) outpaced the consensus Wall Street expectation of 149.5 billion yen as reported by Thomson Reuters, as exchange-rate shifts increased the value of the company's sales outside of Japan in yen terms.

In part because of the weaker yen, Honda increased its profit guidance for the fiscal year that will end on March 31. 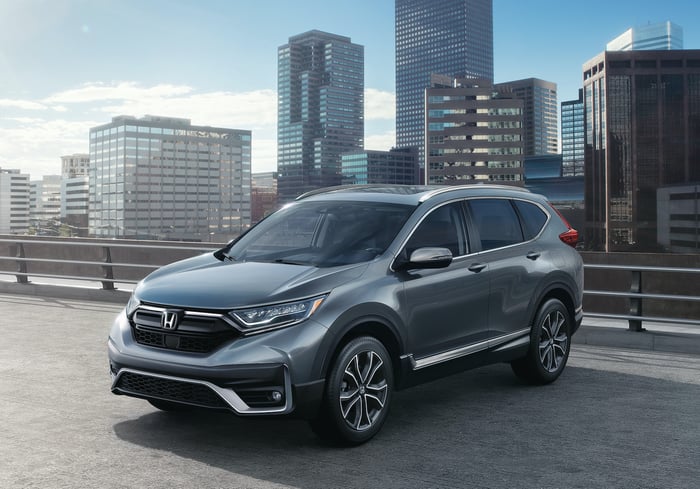 Like many Japanese companies, Honda uses a fiscal year that begins on April 1. The quarter that ended on Dec. 31, 2019, was the third quarter of Honda's 2020 fiscal year.

What happened at Honda in the quarter

All financial results in this section are shown on an "operating" basis, before interest and taxes.

Honda increased its guidance for full-year revenue and profit, saying that it now believes cost cuts and a weaker yen will offset currency headwinds and issues in India and Japan. Auto investors should now expect:

10 stocks we like better than Honda Motor
When investing geniuses David and Tom Gardner have a stock tip, it can pay to listen. After all, the newsletter they have run for over a decade, Motley Fool Stock Advisor, has tripled the market.*

David and Tom just revealed what they believe are the ten best stocks for investors to buy right now... and Honda Motor wasn't one of them! That's right -- they think these 10 stocks are even better buys.