Crispr Therapeutics Is Editing Out Its Correction

Posted by: admin Categories: Genetics
Comments Off on Crispr Therapeutics Is Editing Out Its Correction


In our last review of CRISPR Therapeutics (CRSP)  on March 23 we were bearish and recommended, "Avoid the long side of CRSP, as the charts and indicators point to the possibility of further steep losses."

CRSP declined to a new low in early May, but has strengthened into June.

Let's check on the charts again.

In this daily bar chart of CRSP, below, we can see that prices have held above the chart support in the $90 area from July to early November. CRSP has managed to rally back above the 50-day and 200-day moving average lines. The daily On-Balance-Volume (OBV) line looks like it has been bottoming in the past three to four months. The Moving Average Convergence Divergence (MACD) oscillator gave cover-shorts buy signals in March and May and is now crossing above the zero-line for an outright-buy signal.

In this weekly Japanese candlestick chart of CRSP, below, we see some bullish clues. There are a couple lower shadows in the $105-$90 area as traders rejected the lows. Prices are testing the underside of the 40-week moving average line and should soon close above it. The OBV line has been improving since March. The MACD oscillator has been narrowing and should cross to the upside in a few weeks.

In this daily Point and Figure chart of CRSP, below, we can see a potential upside price target in the $171 area. 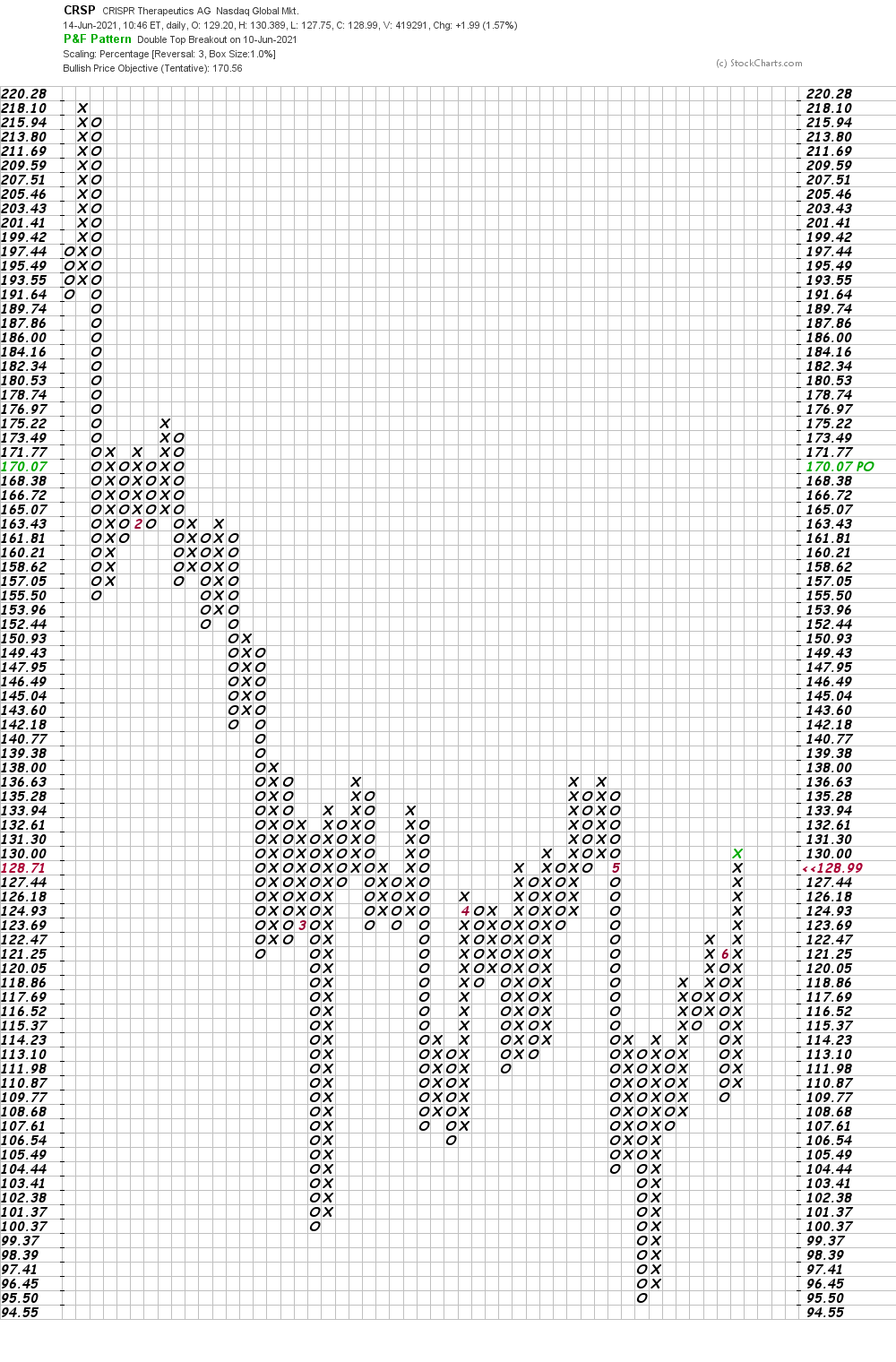 In this weekly close only Point and Figure chart of CRSP, below, we can see a price target in the $211 area.

Bottom line strategy: The correction that started back in January looks to be over, so traders could approach the long side of CRSP at current levels. Risk to $103; $171 and then $211 are our price targets for now.

Get an email alert each time I write an article for Real Money. Click the "+Follow" next to my byline to this article.