During Monday's "Lightning Round" segment of Mad Money, one caller asked Jim Cramer about the prospects for CRISPR Therapeutics (CRSP) : "A company like this isn't bought on earnings, it's bought on speculation. As long as you're OK with that, I'll bless it," responded Cramer.

Let's check out the charts of CRSP.

The On-Balance-Volume (OBV) line has been weak since early January telling us that traders of CRSP have been more aggressive sellers. The Moving Average Convergence Divergence (MACD) oscillator has been below the zero line but gave a cover shorts buy signal this month.

In this weekly bar chart of CRSP, below, we can see that prices made a large and impressive base in the $45-$30 area before rallying sharply in the past 12 months.

Prices tested the rising 40-week moving average line and could easily test it further. The weekly OBV line is in a decline and so is the MACD oscillator.

In this daily Point and Figure chart of CRSP, below, we can see an upside price target of $155 but we also see that a trade at $122.47 is likely to weaken this chart. 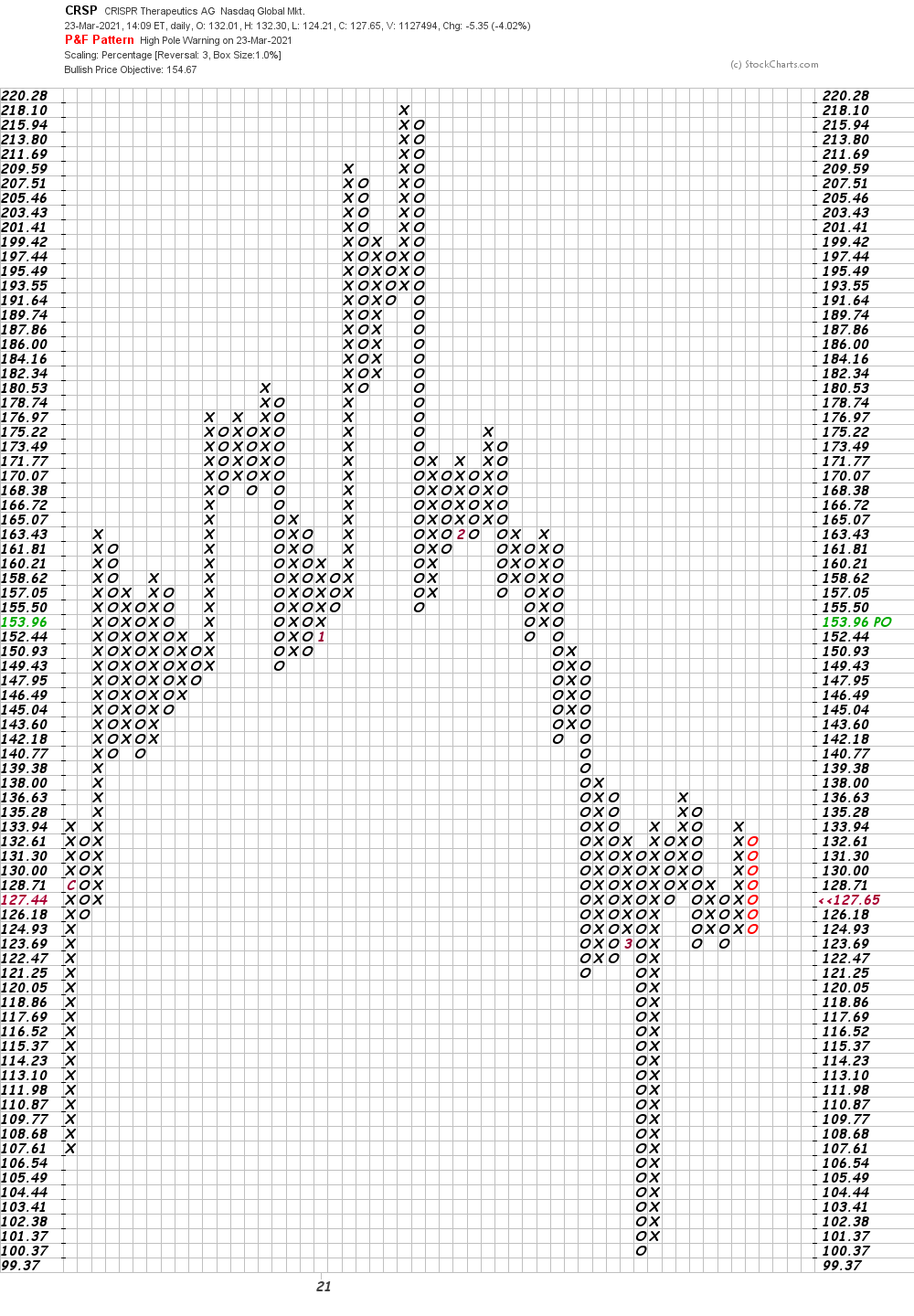 In this weekly Point and Figure chart of CRSP, below, we can see a big downside price target of around $25.

Bottom line strategy: Avoid the long side of CRSP as the charts and indicators point to the possibility of further steep losses.

Get an email alert each time I write an article for Real Money. Click the "+Follow" next to my byline to this article.

« Comment: How do we handle TPM values after converting from Ensembl to HUGO genes?
Coronavirus (COVID-19) Update: March 23, 2021 »