Posted by: admin Categories: Genetics
Comments Off on CRISPR Therapeutics AG Stock I


The stock of CRISPR Therapeutics AG (NAS:CRSP, 30-year Financials) is believed to be significantly overvalued, according to GuruFocus Value calculation. GuruFocus Value is GuruFocus' estimate of the fair value at which the stock should be traded. It is calculated based on the historical multiples that the stock has traded at, the past business growth and analyst estimates of future business performance. If the price of a stock is significantly above the GF Value Line, it is overvalued and its future return is likely to be poor. On the other hand, if it is significantly below the GF Value Line, its future return will likely be higher. At its current price of $144.33 per share and the market cap of $11.6 billion, CRISPR Therapeutics AG stock is estimated to be significantly overvalued. GF Value for CRISPR Therapeutics AG is shown in the chart below. 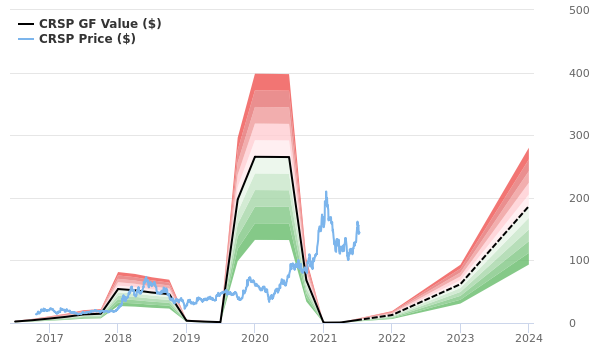 Because CRISPR Therapeutics AG is significantly overvalued, the long-term return of its stock is likely to be much lower than its future business growth. 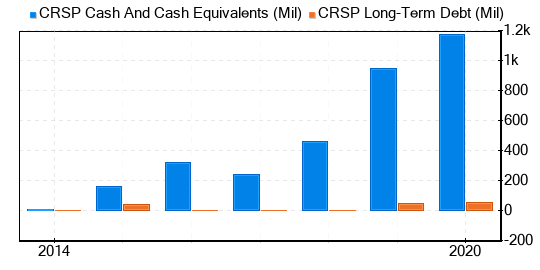 Investing in profitable companies carries less risk, especially in companies that have demonstrated consistent profitability over the long term. Typically, a company with high profit margins offers better performance potential than a company with low profit margins. CRISPR Therapeutics AG has been profitable 1 years over the past 10 years. During the past 12 months, the company had revenues of $1.1 million and loss of $5.65 a share. Its operating margin of -35912.08% in the bottom 10% of the companies in Biotechnology industry. Overall, GuruFocus ranks CRISPR Therapeutics AG’s profitability as poor. This is the revenue and net income of CRISPR Therapeutics AG over the past years: 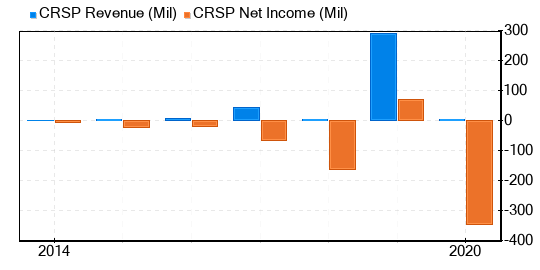 Growth is probably the most important factor in the valuation of a company. GuruFocus research has found that growth is closely correlated with the long term performance of a company’s stock. The faster a company is growing, the more likely it is to be creating value for shareholders, especially if the growth is profitable. The 3-year average annual revenue growth rate of CRISPR Therapeutics AG is -77.9%, which ranks worse than 89% of the companies in Biotechnology industry. The 3-year average EBITDA growth rate is -50.4%, which ranks in the bottom 10% of the companies in Biotechnology industry. 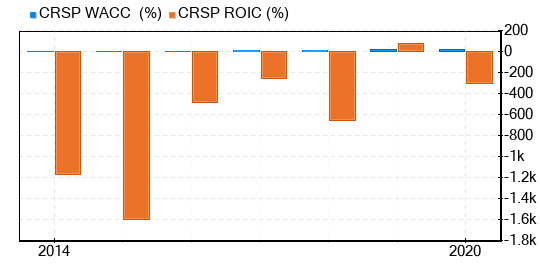 In summary, the stock of CRISPR Therapeutics AG (NAS:CRSP, 30-year Financials) is estimated to be significantly overvalued. The company's financial condition is fair and its profitability is poor. Its growth ranks in the bottom 10% of the companies in Biotechnology industry. To learn more about CRISPR Therapeutics AG stock, you can check out its 30-year Financials here.

To find out the high quality companies that may deliever above average returns, please check out GuruFocus High Quality Low Capex Screener.