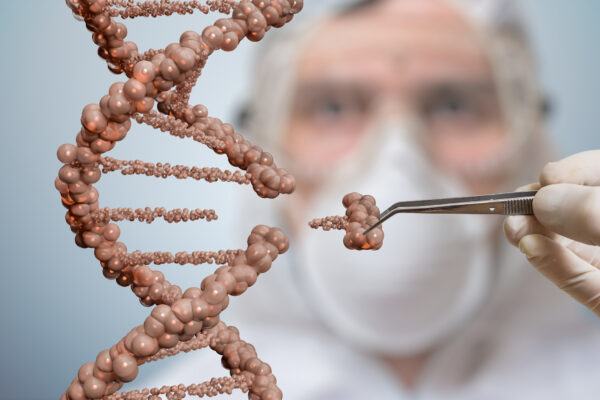 The method of cutting DNA in order to rewrite the genetic code has netted two if its pioneers a Nobel Prize.

The Royal Swedish Academy of Sciences announced Wednesday that it had awarded the Nobel Prize for chemistry to University of California Berkeley researcher Jennifer Doudna and Max Planck Institute researcher Emmanuelle Charpentier, both of whom have played a significant role in the discovery of CRISPR/Cas9 gene-editing technology.

Charpentier discovered the mechanism behind CRISPR/Cas9 while she was studying the bacteria Streptococcus pyogenes and found a molecule called tracrRNA, which functions as part of the bacteria’s immune system by cutting viruses’ DNA in order to neutralize them. After publishing her initial research in 2011, she began a partnership with Doudna, a biochemist with expertise in RNA. Through experimentation, they found it was possible to control the DNA-cutting mechanism.

“There is enormous power in this genetic tool, which affects us all,” Claes Gustafsson, chair of the Nobel Committee for Chemistry, said in a statement. “It has not only revolutionized basic science, but also resulted in innovative crops and will lead to groundbreaking new medical treatments.”

Since those early experiments, numerous companies have sprung up seeking to apply CRISPR/Cas9 and gene-editing technologies derived from it to medicine, particularly in the creation of gene and cell therapies. Another pioneer of CRISPR/Cas9 is Feng Zhang, a scientist at The Broad Institute of MIT and Harvard University, though he was not included in the award.

Major players in the area include Intellia Therapeutics and Caribou Biosciences, both co-founded by Doudna, as well as other startups she has co-founded like Mammoth Biosciences and Scribe Therapeutics. Charpentier, meanwhile, is a co-founder of CRISPR Therapeutics, which has a gene therapy using the technology, CTX001, in the clinic for beta-thalassemia, under a partnership with Vertex Pharmaceuticals. Zhang has likewise been active in starting new companies to explore the potential of CRISPR/Cas9, notably Beam Therapeutics, which takes the technology a step further through base editing. That enables gene editing at the single-letter level rather than having to cut out entire strands of DNA.

However, Berkeley and The Broad have been embroiled in a lawsuit over ownership of the technology. Last month, the Patent Trial and Appeal Board ruled that The Broad has “priority” in the patents it has been granted for using CRISPR in eukaryotic cells, while Doudna and Charpentier’s team got credit for inventing a critical component of the technology.