Posted by: admin Categories: Genetics
Comments Off on Cellranger Reanalyze NO barcode rank plot in web_summary.html

I have a question regarding running cellranger count on the data, I get the following warning after running it:

Then, as suggested I run cellranger reanalyze using the following command to get 900 cells:

When I check web_summry.html it doesn't include the summary of the data or any plots in the "summary tab", it's just a blank page with trivial information. I have tried another number of for the force cells (600), but it didn't help. (I originally got about 1200 cells when running cellarnger count in the web_symmary.html output)

Could anyone give me a clue if I'm doing anything wrong? Do you have any recommendations to get the barcode rank plot and summary information in my web_summary.html? 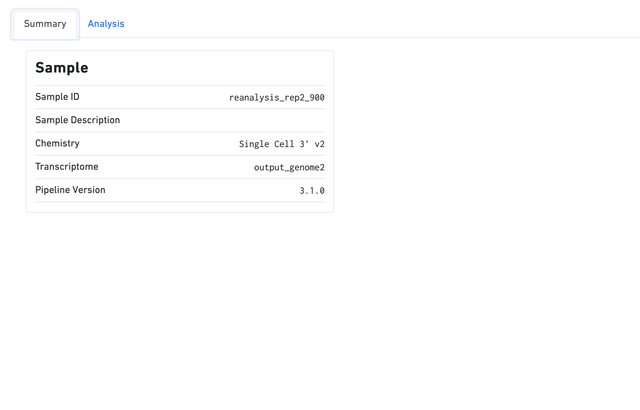 I appreciate it!
Thanks a lot!