Can Vertex Pharmaceuticals Recover From Its Latest Setback?

Posted by: admin Categories: Genetics
Comments Off on Can Vertex Pharmaceuticals Recover From Its Latest Setback?


Everyone who was already nervous about the road ahead of Vertex Pharmaceuticals (NASDAQ:VRTX) got another reason to worry recently. On Jun. 10, 2021, the company told investors its second attempt at treating a rare lung disease didn't perform much better than the first time around. Without any internally discovered drugs in late-stage testing, the company's going to be heavily reliant on revenue from a limited population of cystic fibrosis patients.

Shares of this biotech stock have been hammered lately even though a partnership with CRISPR Therapeutics (NASDAQ:CRSP) could produce an important new revenue stream in the foreseeable future. Can shares of Vertex Pharmaceuticals recover or are this biotech stock's best days already behind it? 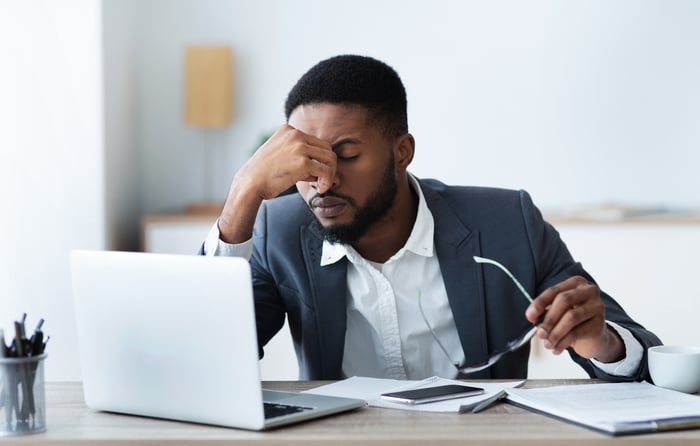 Vertex Pharmaceuticals has almost singlehandedly turned cystic fibrosis into a treatable condition for roughly 90% of people who inherit this life-threatening disorder. This year, the company expects sales of its highly successful line of cystic fibrosis treatments to reach $6.8 billion, which is less than 10% higher than last year.

Without any competitive threats on the horizon, the company's immense cash flows will most likely continue into the foreseeable future. Now that the vast majority of the small population of cystic fibrosis patients are already taking Trikafta and other treatments from Vertex, there just isn't a lot of room for growth ahead.

While the company's internal pipeline has been sputtering, CTX001, from collaboration partner CRISPR Therapeutics continues to impress. This is an experimental gene therapy that allows patients to produce fetal hemoglobin, which is especially useful if you suffer from sickle cell disease or beta-thalassemia.

The partners recently reported follow-up data from a clinical trial with CTX001 that began over two years ago. So far all 15 patients with transfusion-dependent beta-thalassemia and more than three months of observation are have been able to go about their lives without any blood transfusions. Also, all seven severe sickle cell disease patients remain free from painful vaso-occlusive crises.

Durability is a key feature for CTX001 because it's intended to work forever following a single administration and so far it's succeeding on this front. Unfortunately for Vertex Pharmaceuticals, the economics surrounding gene therapies present a challenge that none of the biotech's peers have found a solution for yet. Even if Vertex charges more than $1 million for each patient that receives CTX001, the addressable patient population might be too small to push the company's big needle forward at a pace that satisfies investors.

At recent prices, you can scoop up shares of Vertex for around 18.1 times expected earnings. That would be extremely low if Vertex were still growing cystic fibrosis sales by leaps and bounds, but this is a company expecting a 10% gain on the top-line this year.

Shares of Vertex aren't going to recover their recent losses overnight, but this company's position in cystic fibrosis appears safe from any competitive threats for the foreseeable future. With steady cash flows from highly successful products, patient investors can reasonably expect this stock to slowly recover from recent losses and provide a positive return down the road.