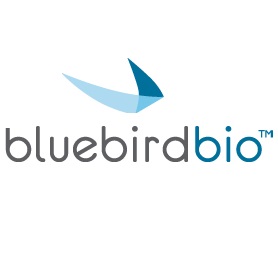 bluebird bio has reported new data on its LentiGlobin gene therapy for sickle cell disease that it says puts it on track for first regulatory filings in the second half of next year.

The new data – reported at the European Haematology Association (EHA) virtual congress – comes from an ongoing phase 1/2 trial of LentiGlobin, which is designed to add functional copies of a modified form of the β-globin gene, which does not work as it should in sickle cell patients, into haematopoietic stem cells.

When patients have copies of the functional gene, their red blood cells can produce anti-sickling haemoglobin which decreases the amount of the faulty sickled haemoglobin.

The results of HGB-206 show that LentiGlobin achieved a near complete elimination of vaso-occlusive crises (VOCs) and acute chest syndrome (ACS) in adolescents and adults with sickle cell, with a 99.5% reduction in the annualised rate in 14 patients with a documented history of attacks.

Patients were followed for up to two years, so the data provides an indication that LentiGlobin may be able to provide a durable treatment effect. That’s also backed up by an increased proportion of anti-sickling form of haemoglobin (HbAT87Q) from 44% of total haemoglobin at six months to more than 50% among patients treated 24 months previously.

bluebird now says it will press ahead with regulatory filings based on the best performing dosing regimen in the study (group C), using reduction in VOCs and ACS as a primary endpoint.

There was one reported death among patients treated with the therapy, but this was thought to be related to underlying cardiovascular disease that was exacerbated by asthma and sickle cell, rather than the gene therapy.

The gene therapy was approved last year as Zynteglo for beta thalassaemia, another rare blood disorder.

“As a treating physician of sickle cell for over 10 years, the excruciating pain crises that my patients suffer from is one of the most challenging and frustrating aspects of this disease,” said presenting study author Julie Kanter of the University of Alabama at Birmingham.

“The promising results of this study which show patients have an almost complete elimination of VOCs and ACS, suggest LentiGlobin…has real potential to provide a significant impact for people living with sickle cell disease.”

Analysts at EvaluatePharma have suggested LentiGlobin could become a $1.3bn product in 2026, with sales split roughly half and half between use in sickle cell and thalassaemia.

The market for sickle cell diseases has transformed in the last couple of years, with regulatory approvals for Global Blood Therapeutics’ Oxbryta (voxelotor) and Novartis’ anti-P-selectin antibody Adakveo (crizanlizumab), ending a drought in new therapies for the disease.

On the gene therapy front, bluebird may face competition from Vertex and CRISPR Therapeutics, who recently penned a deal for the development of up to six gene therapies, including candidates for SCD and other haemoglobinopathies.