5 myths about the COVID-19 vaccine

Posted by: admin Categories: Genetics
Comments Off on 5 myths about the COVID-19 vaccine 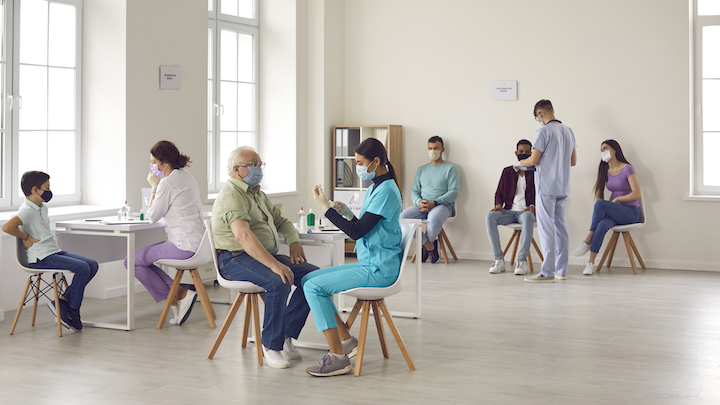 There has been much misinformation shared about the COVID-19 vaccines. As health-care professionals, we should be well informed and should pass on evidence-based facts related to the vaccines. I hope this information provides a resource to help dispel the many myths that we’re hearing.

MYTH: This vaccine was created too quickly, so safety must have been compromised.

FACT: The speed that enabled this vaccine to be in use in less than one year is due to several factors.

MYTH: The mRNA vaccine can change or enter your DNA.

FACT: mRNA cannot alter your DNA. It can only enter your cells, not your DNA. It then instructs your DNA to make the spike protein of the coronavirus that your body recognizes as foreign and develops immunity against. After that the mRNA dissolves.

MYTH: This is new technology so it may not be safe.

FACT: mRNA technology has been around for more than 10 years. It was unable to be used in a vaccine because when it was being developed for zika, SARS, and MERS, those viruses disappeared and clinical trials could not be completed. Ultimately there was no need for vaccines against those viruses.

MYTH: This vaccine could cause infertility in women.

FACT: The placenta has a protein with a short sequence of amino acids (the building blocks of all proteins) in common with the spike protein of coronavirus. It is said that this could lead to antibodies in the spike protein attacking the placenta. Many proteins have common amino acid sequences, and this sequence is so short it is meaningless. Additionally, nearly 45,000 pregnant women have been infected with COVID-19, causing antibody development to the spike protein, and they have had no greater miscarriage rates than women not infected with COVID-19. However, the COVID-19 infection has led to pregnancy complications in some women, including higher risk of preterm delivery, preeclampsia, ICU admission, and death. Over 10,000 pregnant women have been vaccinated with no adverse consequences.

MYTH: There are many side effects to these vaccines.

FACT: These vaccines have had no more side effects than most vaccines. They include a day or two of a sore arm, fatigue or malaise, possible fever, and other mild symptoms. These symptoms are not of infection, but of an active immune response, which is a good thing. A few cases of Bell’s palsy (temporary facial paralysis) have been reported. It is unclear if this is related, but it has all been resolved quickly. There are isolated cases of anaphylaxis (severe allergic reaction), possibly related to a preservative/adjuvant called polyethylene glycol (PEG), which is used to make the vaccine more stable and have a better response. PEG is commonly used in toothpaste, shampoo, and bowel preparations. These reactions are rare and easily treated with an EpiPen. There are no known long-term adverse events related to the vaccine. However, there are many reported cases of lingering symptoms (long haulers) from infection with COVID-19, which is a much greater risk than the vaccine.

This virus will likely be with us for our lifetimes. The symptoms of the virus range from none, to mild flu-like symptoms, to hospitalization, and even death. Some symptoms can last from weeks to indefinitely. Eighty percent of all patients who have recovered from COVID-19 have at least one lingering symptom that lasts for weeks or months. The long-term side effects are unknown but are likely very consequential for some. Many viral infections result in post-viral syndromes. For example, herpes simplex can result in lifetime recurring oral and genital lesions. Will COVID-19 lead to any post-viral syndromes? This is not known, but it seems very likely due to the lingering symptoms from acute infection. We may not know for years.

The risk of the vaccination is a sore arm, fatigue, headache, and other mild flu-like symptoms. All reported cases of Bell’s palsy recovered. Anaphylactic reactions are less than five per million doses. There is currently one death from immune thrombocytopenia that is potentially linked to the vaccination. It is an extreme immune response that leads to decreased platelet formation that is usually treatable. Sadly, the 56-year-old victim did not respond to treatment and died of a hemorrhagic stroke. It is unclear what if any role the vaccine had in the development of ITP, but the person’s immune response to the vaccine could have been the trigger.

There are also reports of people dying from a variety of causes within days or weeks of getting the vaccination. With the vaccine being given to more than 35 million people—many of them in their 70s, 80s, and 90s—and an average of 8,000 deaths per day in the US from all causes, of course some people will die in proximity to being vaccinated. This does not mean the vaccine and deaths are linked. We do not know of any long-term potential effects from the vaccines because they are new. But over 130 million doses have been given worldwide since the clinical trials began, and close to a year later we are seeing no problems. Clearly the known risk of infection far outweighs the perceived risks of vaccination.

These vaccines are likely the safest, most tested, and scrutinized vaccines ever developed because multiple pharmaceutical companies are working on them and sharing information. Clinical testing of the vaccines was the same as for all vaccines in the past. There is no risk of the vaccine altering your DNA. There is no risk of it causing COVID-19. It has minimal and typical side effects. It is far more effective than most vaccines (94%-95% effective versus 40%-50% effective for influenza vaccines).

It is estimated that more than 70% of the population must be vaccinated (or infected) to achieve herd immunity and stop the rapid spread of infection. With variants becoming more prevalent, it is essential to increase vaccination quickly to minimize spread. Please get your vaccine and urge your patients and communities to do so as soon as they are eligible!

THOMAS PAUMIER, DDS, maintains a private practice in Canton, Ohio, and is on the faculty of the Cleveland Clinic Mercy Hospital GPR. He was a coauthor of the ADA clinical practice guidelines on antibiotic prophylaxis for prosthetic joint patients and appropriate antibiotic use for endodontic infections. Dr. Paumier was the 2019 recipient of the ADA Evidence-based Clinical Practice award. He was a member of the ADA practice recovery task force during the COVID-19 pandemic.