Posted by: admin Categories: Genetics
Comments Off on 3 Things About CRISPR Therapeutics That Smart Investors Know


Many biotech companies have been formed hoping to be first to market with CRISPR gene-editing therapies. CRISPR Therapeutics (NASDAQ: CRSP) and its development partner Vertex Pharmaceuticals (NASDAQ: VRTX) are leading the way with the CTX001 therapy for treating sickle cell disease (SCD) and transfusion-dependent beta thalassemia (TDT).

These blood disorders are particularly good targets for CRISPR techniques, as blood stem cells can be readily harvested, edited, and reintroduced into patients. On June 11, CRISPR Therapeutics and Vertex held a joint press conference highlighting CTX001 results, which showed that patients in a 22-person phase 1/2 clinical trial are having a "consistent and sustained response to treatment." 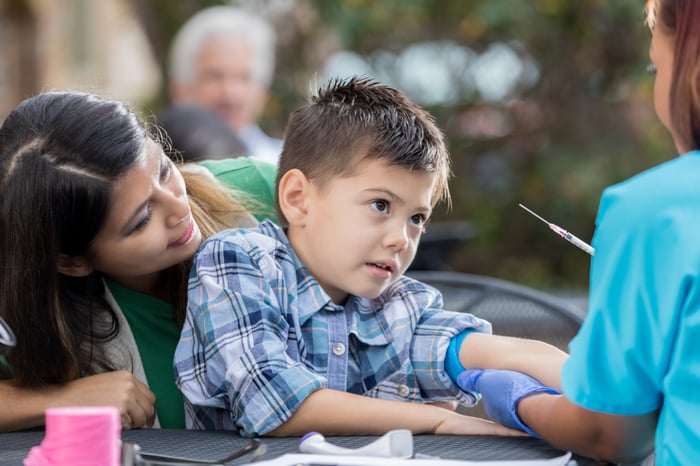 A big vote of confidence from Vertex

In the lead-up to the latest clinical trial update, CRISPR and Vertex announced they had amended their collaboration agreement for worldwide development, manufacturing, and commercialization of CTX001. CRISPR Therapeutics received a $900 million up-front payment, with the potential for an additional $200 million milestone payment upon regulatory approval of CTX001. In return, Vertex increased its share of future profits from 50% to 60%.

This new arrangement is a win-win for both companies. CRISPR Therapeutics gets up-front money and can turn its attention to other opportunities in the pipeline. Vertex gets a bigger slice of the profit pie, which will be an important next step in diversifying beyond its core cystic fibrosis (CF) franchise. The change also positions Vertex as the clear leader for global deployment. Vertex has extensive global experience and commercialization infrastructure, which should result in a quicker path to revenue for both companies.

Can cost concerns be resolved?

CTX001 is likely to be very expensive, with some estimates of the cost being $2 million per patient for SCD. After regulatory approval is obtained, the next big step will be agreeing on reimbursement from government payers and private health plans.

Vertex has significant previous experience in this area based on its CF therapies, considered to be the priciest of their kind at $300,000 per year. The deliberations will balance the potential to offset ongoing healthcare costs against a one-time therapy, but will likely be contentious, given widespread concerns about the cost of new therapies. Beyond economics, the relief from human suffering and death caused by these diseases will hopefully carry some weight in the process. With this conversation, CRISPR and Vertex will be laying the groundwork for the many gene-editing therapies yet to go through the reimbursement process.

Where does CRISPR Therapeutics go from here?

CRISPR will report quarterly earnings in a few weeks. Investors should keep an eye on three areas for signs that management is fulfilling its long-term potential:

Investors should look for continued results indicating CTX001 is safe, effective, predictable, and durable. These attributes will be important for approval, and for demonstrating superiority over other treatment alternatives, such as gene replacement.

2. New developments in the targets and pipeline

Investors should look for progress in CRISPR Therapeutics' immuno-oncology platform. Three CRISPR-edited CAR-T therapies, referred to as CTX110, CTX120, and CTX130, are under development. CRISPR recently announced a collaboration with Nkarta (NASDAQ: NKTX) that bears watching, with plans to use T cells and NK ("natural killer") cells to fight cancer.

Investors should look for collaborations with other biotech companies that can help solve problems in CRISPR delivery, which remains a big challenge. This is especially problematic in trying to edit brain cells, heart cells, and muscle cells.

Delivering on the mission

CRISPR Therapeutics' mission is "developing transformative gene-based medicines for serious human diseases." The company is on the path to doing just that with CTX001. Nonetheless, the path to market is long and difficult for any new biotech company, much less one that represents an entirely new class of medicine.

CRISPR shares are down 42% from their 52-week high, despite the cash influx and positive clinical-trial results. The share price may go even lower as investors struggle to understand the profit picture over the next few quarters (and years).

In the meantime, CRISPR is taking its namesake gene-editing technology from the research laboratory to patients needing life-changing therapies. Investors should continue to keep their eye on CTX001 progress with Vertex, new development targets, and additional collaborations for signs management is executing against the potential.

If you're a long-term buy-and-hold investor with a tolerance for some uncertainty, CRISPR Therapeutics may be a great addition to your portfolio.

10 stocks we like better than CRISPR Therapeutics
When our award-winning analyst team has a stock tip, it can pay to listen. After all, the newsletter they have run for over a decade, Motley Fool Stock Advisor, has tripled the market.*

They just revealed what they believe are the ten best stocks for investors to buy right now... and CRISPR Therapeutics wasn't one of them! That's right -- they think these 10 stocks are even better buys.