3 High-Growth Stocks That Can Soar

Posted by: admin Categories: Genetics
Comments Off on 3 High-Growth Stocks That Can Soar


While it's true that from an investing standpoint "slow and steady" wins the race, that doesn't mean you should avoid the many high-growth opportunities on the market right now. As investors look forward to a new year, a number of companies are poised to gain significantly in 2020 and beyond.

These come in all shapes and sizes, from large-cap to small-cap stocks, and every industry has its own high-growth candidates to look out for. If you're struggling to find ideas, however, here are three stocks that are on the cusp of seeing significant growth. 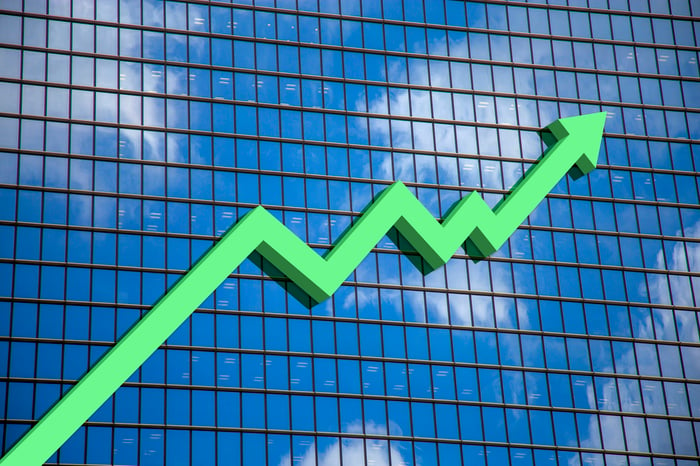 If you know anything about the gene editing sector, you know that it's one of the most promising areas in the biotech world today. Many different genetic disorders that otherwise would have been impossible to treat are now viable markets for these companies.

CTX001, a drug that treats sickle-cell disease and transfusion-dependent beta-thalassemia, has seen positive results so far; it completely reversed key symptoms in the initial group of patients who were tested with the treatment. CRISPR's second most promising drug, CTX110, is an immunology CAR-T (chimeric antigen receptor T-cell) treatment. In essence, this means that immune cells are extracted from a patient, retrained, and later reintroduced into the body. CRISPR's own CAR-T treatment is expected to be cheaper than other CAR-T therapies being offered by other companies, such as Novartis and Gilead, which can cost as much as $475,000 per year per patient.

Investors are already excited about the company despite the early stage of CRISPR's drug candidates, with shares almost doubling over the past couple of months. Although the company still has a long way to go before its drugs can seek Food and Drug Administration (FDA) approval, there's plenty of room for the stock to grow if its clinical results continue to do well.

For the past few months, investors have kept a close eye on Amarin (NASDAQ:AMRN) and its fish-oil derivative drug, Vascepa. The treatment has been used to help reduce levels of "bad" LDL (low-density lipoprotein) cholesterol in the body; it's been endorsed by major health organizations due to its effectiveness and its lack of severe side effects.

Since then, Amarin submitted Vascepa to the FDA for expanded approval in treating patients at high risk of heart attack and stroke; it officially received the go-ahead from the agency earlier this month.

There are 38 million Americans currently taking statins (drugs such as Lipitor and Lescol that reduce cholesterol levels in the blood) to manage their risk of heart attack and stroke. However, between 4 million and 8 million adults are statin-intolerant, while another 40 million adults who have high LDL cholesterol levels don't take statins, likely due to some of the potential side effects (such as vomiting, muscle pains, and difficulty sleeping). Even among the 38 million people who already take statins, 12 million still have high levels of LDL cholesterol and would benefit from taking a secondary, supplementary treatment.

That's precisely where Vascepa comes in. As it's the only non-statin therapy approved by the FDA, millions of patients are expected to give the fish-oil-based drug a try. Coupling this with the lack of significant side effects from taking Vascepa, it's easy to see why so many investors and analysts think Amarin has a major blockbuster on its hands.

The biggest company on this list, with a market cap of $56.3 billion, Vertex Pharmaceuticals (NASDAQ:VRTX) has a bright financial future ahead. The company's main selling point is its triple-drug combo, Trikafta, which received approval as a treatment for patients with cystic fibrosis. A genetic disorder which affects the glands responsible for producing sweat and music, cystic fibrosis often leads to a build-up of mucus in the lungs, but also the pancreatic ducts, and intestines. This mucus build-up impairs organ function, causing infection, and shortening the life expectancy of patients diagnosed with the disease. At present, there are no other cystic fibrosis drugs on the market, with only AbbVie working on its own drug combo, still in early clinical testing.

Even putting aside the company's monopoly in the cystic fibrosis market, Vertex has a lot of other things going for it. Earlier this year, the company announced it was acquiring the well-known stem-cell researcher Semma Therapeutics for $950 million, buying the rights to its promising Type 1 diabetes drug candidate in the process. While the fruits of this acquisition won't appear for some time, buying Semma could prove to be extremely lucrative should the treatment pan out.

While Vertex isn't a gene editing company per se, it has invested heavily in partnerships with companies in this field. CRISPR Therapeutics has partnered with Vertex, working together to develop CRISPR's CTX001 drug for sickle cell disease and beta-thalassemia.

The overall picture for Vertex looks extremely positive. Its dominance in the cystic fibrosis market alone makes the stock poised for growth and a worthy investment. When coupled with its exposure in other high-growth markets, such as Type 1 diabetes and gene editing, the potential upside for Vertex is staggering.