2 Monster Young Biotech Stocks to Add to Your Watchlist

Posted by: admin Categories: Genetics
Comments Off on 2 Monster Young Biotech Stocks to Add to Your Watchlist


Monster biotech stocks are few and far between. Drug development is a high risk playing field, and many companies struggle to replicate their successes even if they get a single product approved for commercialization. Other companies seem to have highly promising projects, but never manage to deliver on their promises. For investors, it's quite challenging to identify the biotech stocks of the future when they're in the early stages.

The two companies I'll be discussing today are relatively young businesses. But they have deeply compelling projects that aim to cure or fully mitigate a handful of different medical conditions that were once considered intractable. Both have demonstrated excellent progress so far, not to mention financial strength. It'll take them some time to proceed with clinical trials and eventually pull through for shareholders, but when they do, the rewards could be enormous. 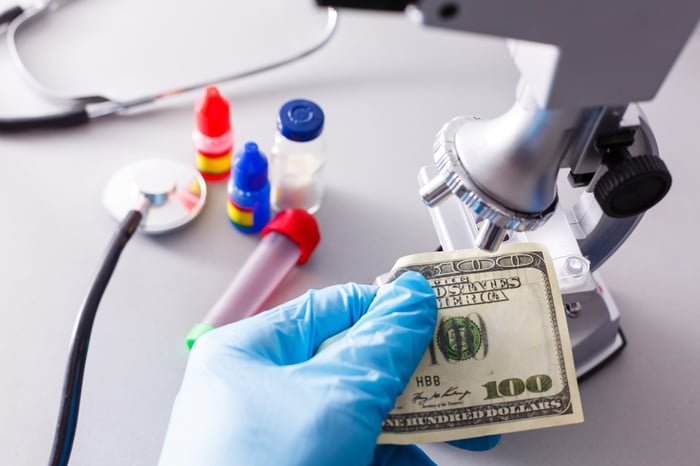 1. Arrowhead is using collaborations to pave the way for broader success

Arrowhead Pharmaceuticals (NASDAQ:ARWR) is developing drugs for rare diseases using its gene silencing therapeutics platform. Arrowhead's most advanced drug candidates are in phase 2 of clinical trials, and could treat diseases like alpha-1 liver disease and dyslipidemia. The stock has soundly beaten the market this year, and it's well-positioned to continue to grow.

In terms of its monster stock potential, Arrowhead is off to a great start. It has barely any debt, a handful of promising projects, and better cash flow than many other biotechs of its size. If the company's late-stage pipeline comes to fruition, it could be both profitable and well-diversified in as few as three years.

Thanks to its drug development collaborations with Johnson & Johnson and Amgen, Arrowhead has trailing revenues of $123.65 million. Plus, it only spends around $35 million per quarter. So the company only loses about $67 million per year, which is okay for now, considering its $287 million in the bank. At the same time, Arrowhead is planning to expand its pipeline to include projects in respiratory disease this year, including COVID-19. In total, Arrowhead has been powering forward on all cylinders while expanding its scope, and it's still quite close to being profitable despite lacking any of its own individual sales revenue.

This is great news for investors, as it's feasible for the company to initiate new collaborations and become profitable in the short term while finishing off its late-stage pipeline projects. Once its current crop of liver disease projects advances to phase 3, expect Arrowhead's stock price to explode in anticipation of approval and commercialization. In the meantime, keep an eye out for announcements of additional drug development partnerships, as they're key to keeping Arrowhead's engine of innovation in full swing.

CRISPR Therapeutics' (NASDAQ:CRSP) primary claim to fame is its game-changing gene editing platform. CRISPR is currently engaged in five clinical-stage programs, three of which are in oncology and two of which are in blood disorders, including sickle cell disease (SCD). So far, the company's most advanced projects appear to be highly effective for patients in trials. CRISPR hopes that in the future it may be able to make curative therapies for certain genetic disorders, rather than treatment therapies alone.

While this sounds exciting, it isn't even the company's most lucrative ambition. CRISPR's golden goose will be its "off-the-shelf" immunotherapy platform. Right now, producing some immunotherapies involves a lengthy manufacturing process that requires a patient's cells to be isolated, modified in a lab, then reinfused to the body. CRISPR aims to make immunotherapies that can be manufactured at an industrial scale, without taking any samples from patients. If it succeeds, these mass-produced immunotherapies will drive down manufacturing costs by a significant amount.

The company has plenty of time to work toward this goal. CRISPR is profitable, though its margin of 6.77% is quite thin. This may change as the company seeks additional drug development collaborations with its current partners, like Vertex Pharmaceuticals. It has very little debt, $945.07 million in cash, and trailing free cash flow of $75.56 million. Like Arrowhead, CRISPR Therapeutics is under no pressure to push its pipeline projects out the door to avoid a cash crunch. It may be several years before CRISPR has a product on the market to call its own, but in the meantime, it's free to continue expanding and advancing its pipeline. Thus, it's close to the perfect monster biotech stock: growing, consolidating, and preparing for a big payoff in the future.