A state board on Wednesday suspended the license of a Wisconsin pharmacist accused of ruining more than 500 doses of COVID-19 vaccine because he believed in apocalyptic conspiracy theories and thought the drug would mutate people's DNA.

Steven Brandenburg, 46, was working at Advocate Aurora Health in Grafton, about 20 miles north of Milwaukee, when he was arrested last month following an investigation into the 57 spoiled vials of the Moderna vaccine.

He has not been criminally charged. A status conference in the case is scheduled for Tuesday.

The Wisconsin Pharmacy Examining Board said in its order that Brandenburg cannot practice pharmacy while the suspension is in place. 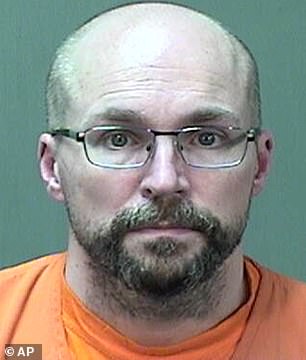 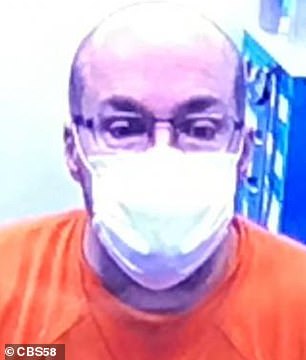 Steven Brandenburg, 46, is accused of spoiling 57 vials of the Moderna COVID-19 vaccine, which officials say contained enough doses to inoculate more than 500 people 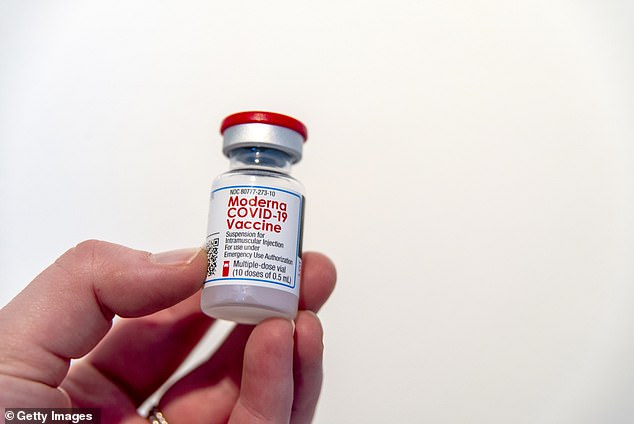 The Moderna vaccine (seen in this January 5, 2020, file photo at a clinic in Livingston, Montana) is viable for 12 hours outside refrigeration, so workers used the vaccine to inoculate 57 people before discarding the rest

It said Brandenburg agreed to the action 'in order to focus' on possible charges against him.

Brandenburg's attorney, Jason Baltz, did not immediately respond to a phone message left Wednesday evening by The Associated Press.

A detective wrote in a probable cause statement that Brandenburg, 46, is an admitted conspiracy theorist and that he told investigators he intentionally tried to ruin the vaccine because it could hurt people by changing their DNA.

Misinformation around the COVID-19 vaccines has surged online with false claims circulating on the vaccines' ingredients and possible side effects.

One of the earliest false claims suggested that the vaccines could alter DNA.

The Pfizer and BioNTech vaccine as well as the Moderna vaccine rely on messenger RNA or mRNA, which is a fairly new technology used in vaccines that experts have been working on for years.

MRNA vaccines help train the immune system to identify the spike protein on the surface of the coronavirus and create an immune response.

Experts have said there is no truth to the claims that the vaccines can genetically modify humans.

Brandenburg's wife of eight years filed for divorce in June. The couple has two small children. 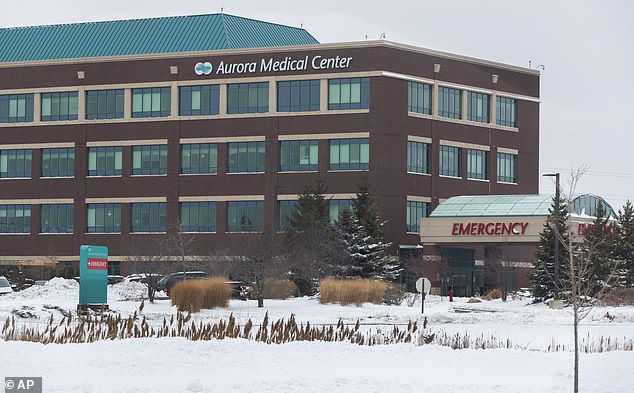 Brandenburg has since been fired from Advocate Aurora Health in Grafton, 20 miles north of Milwaukee, after the spoiled vials were discovered last week

According to an affidavit his wife filed on December 30, the same day Brandenburg was arrested in the vaccine tampering, he stopped off at her house on December 6 and dropped off a water purifier and two 30-day supplies of food, telling her that the world was 'crashing down' and she was in denial.

He said the government was planning cyberattacks and was going to shut down the power grid.

She added that he was storing food in bulk along with guns in rental units and she no longer felt safe around him.

Bahr has said Brandenburg admitted that he deliberately removed the vials from refrigeration at the Grafton medical center overnight on December 24 into December 25, returned them, then left them out again on the night of December 25 into Saturday.

A pharmacy technician discovered the vials outside the refrigerator on December 26.

Bahr said Brandenburg initially said he had removed the vials to access other items in the refrigerator and had inadvertently failed to put them back.

The Moderna vaccine is viable for 12 hours outside refrigeration, so workers used the vaccine to inoculate 57 people before discarding the rest.

Bahr said the doses people received on December 26 are all but useless.

But Ozaukee County district attorney Adam Gerol said during a virtual court hearing last week that the vials were actually retained and Moderna would need to test the doses to make sure they were ineffective before he can file charges. 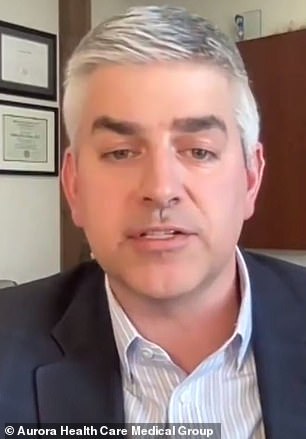 Dr. Jeff Bahr, president of Aurora Health Care Medical Group in Wisconsin, revealed that Brandenburg Brandenburg admitted that he deliberately removed the vials from refrigeration at the Grafton medical center

Brandenburg's attorney, Jason Baltz, did not speak on the merits of the case during the hearing.

Gerol held off on filing any charges, saying he still needs to determine whether Brandenburg actually destroyed the doses.

Judge Paul Malloy ordered Brandenburg to be released on a $10,000 signature bond, surrender his firearms, not work in health care and have no contact with Aurora employees.

A court commissioner last week found that Brandenburg's children were in imminent danger and temporarily prohibited them from staying with him.

He was arrested on suspicion of reckless endangerment, altering a prescription drug and criminal damage to property.

Charges are still pending and the FBI and FDA are also investigating.

Those who received the vaccine from the tampered vials have been notified and the company is working with Moderna and the FDA on a strategy to properly vaccinate those individuals.

Officials have said there should be no negative effects from receiving the vaccines that were rendered ineffective.

'Moderna reassured us there are no safety concerns with administering a vaccine that has been out of the fridge too long. We will partner with them and the FDA to figure out a strategy on the future vaccination of the affected 57 individuals,' Bahr said.

There is also 'no evidence' Brandenburg tampered with the vaccine in any other way other than removing it from the fridge, Bahr said.