POLITICS OF COVID-19 AND MANDATORY VACCINATION

Posted by: admin Categories: Electroporation
Comments Off on POLITICS OF COVID-19 AND MANDATORY VACCINATION 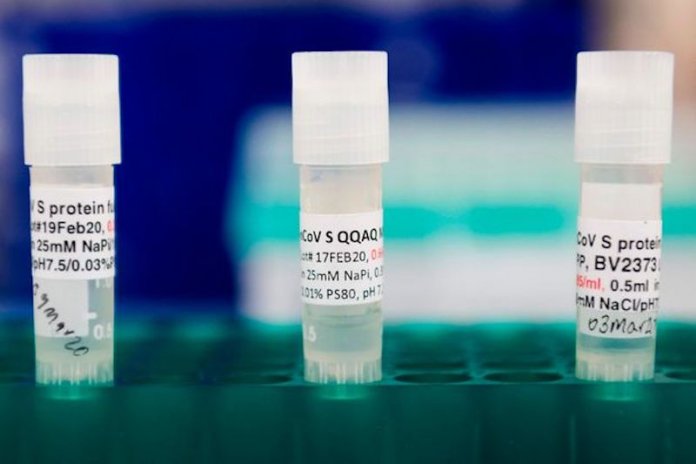 Mandatory vaccination is neither justifiable nor acceptable, argue Tony Akinyemi and Niyi Oginni

The proposed Control of Infectious Diseases Act 2020 meant to update the nation’s laws appropriately and safeguard the lives and well-being of all Nigerians have a number of areas in the Bill that violently infringe on the clear provisions of the Nigerian constitution in the areas of human rights and civil liberties and portend grave dangers to our physical, mental, and spiritual health.

Although there are several editorial lapses in the bill, we will like to focus on the two major issues of serious concerns to us. These are (one) several instances of summary abrogation of human rights, dignity and civil liberties; and (two) the issue of mandatory vaccination with the possibility of chip-implants being employed in the areas of vaccine delivery, certification, and surveillance.

Section 6(1) and (2), section 13(1), section 13(4) and section 70 of the bill vested so much power on the Director General of the Nigeria Centre for Disease Control and Prevention (NCDC) that infringe on the fundamental rights and civil liberties of anyone suspected of having been “in contact of an infectious disease”, a judgment for which he cannot be personally held liable even if it was wrong.

As for private properties and assemblies, the bill empowers the Director-General of the NCDC to summarily declare “any premises” an isolation area (section 15(1). Similarly, if “in his opinion” any building (for example a Church) is deemed overcrowded, “so as to expose the occupants to” any of 35 listed infectious diseases (including malaria), they could be asked to disperse with immediate effect (section 16(1)) failure of which a police officer can thereafter come “without warrant” and use “such force as may be necessary” to close the building, and worse still, the owner/occupier will be required to settle the expenses incurred in the exercise (section 16(4)).

All these provisions not only grossly flout several provisions of the Nigerian Constitution (Chapter 4 of the 1999 Constitution as amended), they also violate with impunity the requirements and protocols stated in the NCDC’s own charter (Sections 9, 21, and 22 of the NCDC Act 2018) and in the International Health Regulations (Section 9.1, IHR, 2005) to which Nigeria is a signatory.

Although the Bill does not specifically mention Chip Implants, in our assessment, based on widely available information, there are a number of avenues where chip implants can be smuggled in under the guise of controlling of infectious diseases in Nigeria, if it is passed as presented.

A chip implant, as it is very well established both in scholarly and popular literature, can quickly lead to the absolute abrogation of human rights as the implantee is literally turned into a cybernetic-organism (a.k.a. cyborg); which is a fanciful name for a zombie. The mind of whoever receives the implant becomes totally controlled by the owner of the technology, resulting in an enslavement that is worse than hypnotism or drug-dependence.

Sadly, we perceive that this is the ultimate aim of this bill, which is evidently being pushed by foreign elements under the cover of the COVID-19 pandemic. Health, however, is way beyond just having a body free of COVID-19 virus! It is a state of complete physical, mental and emotional well-being.

We are demanding amendments in four related key areas of the bill, to block loopholes that can facilitate the introduction of chip-implants into the bodies of Nigerians. These are the areas of Vaccine delivery, Certification of vaccination, and Surveillance which are all associated with Mandatory vaccination.

Mandatory vaccination is neither justifiable nor acceptable. Sections 46(1) and 47(1) of the bill makes it mandatory for every child and adult in Nigeria respectively to be vaccinated against the diseases set out in the Fourth Schedule while Section 30(1) requires “Every person on an international voyage whether leaving or arriving in Nigeria” to produce valid international certificates of vaccination or other prophylaxis to a Port Health Officer (1b).

Our strong objection to these provisions are predicated on well-known issues of Safety and Efficacy of vaccines especially when administered to the general population indiscriminately, not taking individual genetic and physiological constitutions into consideration.

On safety: the safety record of mass-deployed vaccine is so appalling that vaccine manufacturers bluntly insist they cannot be liable for adverse outcomes resulting from their use! Known adverse health issues that have been associated with vaccines include autism, neurodevelopmental disabilities, learning and behavioural problems, immunological disorders including autoimmune disease, allergies, asthma and ectopic conditions, gastrointestinal and reproductive disorders, among others.

In view of the foregoing, it is only fair that any bill that would contemplate mandatory vaccination must also, at the very least, provide compensation for adverse health impacts. Since vaccine manufacturers have never accepted to do this, any government forcing people to be mandatorily vaccinated must be ready to pay compensation for victims of adverse effects resulting from such vaccination. And if vaccination would at all be considered as mandatory for all Nigerians, then it should not be vaccines which are already proscribed in the countries of origin or in the home countries of the “philanthropic” donors! We can cite two examples with far-reaching health implications in this regard: The mRNA/DNA (nucleic acid) vaccine is an emerging product that has never been approved for use on humans before.

Unlike a conventional vaccine in which a weakened virus is administered to a subject, and antibodies are produced as a result; in mRNA/DNA vaccines, it is the genetic materials of a virus that are directly administered and forced into the nucleus of the human cell. In its essence, this is genetic engineering could result in genetically-modified human beings with vast implications both for human health and ethics. Their trial use in veterinary studies has proven to be disastrous and a moratorium has been placed on their use in humans.

Yet, of the 83 vaccines listed by the WHO as candidate vaccines in the pipeline for COVID-19 (as at as at 23rd April, 2020), 20 (including two of the leading candidates – Moderna and Inovio) are nucleic acid vaccines. The second relevant example is the continued use of thimerosal-containing vaccines (TCVs) in Nigeria, whereas the product has been proscribed in the western nations for over 20 years. The problem is that thimerosal is 49.6% ethyl mercury which is toxic to the human body.

In September 2019, a new technology for certifying vaccines was unveiled, and announced as ready for deployment in the year 2020, hence the name ID2020. Described as a “program to leverage immunization as an opportunity to establish digital identity,” the chip-based product leaves a “fake-proof” digital certification under the skin of anyone who has obtained some vaccination. We perceive that the main aim of Section 30 (1) and (2) is to coerce everyone travelling to receive the so-called Fake-Proof implanted chip certification and demand that this be expunged from the bill.

It has been adequately established in open scholarly literature that the way to “modern vaccine delivery systems” is via nanochip implants. And as described above, the ID2020 project in particular offers to combine the chip implants seamlessly with “fake-proof” digital certification. To forestall the impending mass implantation of enslaving nanochips in Nigerians under the cover of vaccination therefore, it is necessary that the provision empowering the DG NCDC to specify “the way” the vaccination is to be administered must also specifically exclude chip-implants as a mandatory or favoured mode of vaccine delivery in Nigeria.

In conclusion, we believe as do millions of Nigerians, that the COVID-19 pandemic is a money -making initiative of some globalist new world order advocates seeking to usher in another season of colonization and enslavement of Africa, with Nigeria being a prime target. We call on all patriotic citizens of Nigeria irrespective of religious or ethnic backgrounds to join us in this effort to prevail on our representatives in government to do the right thing; and give Nigeria a chance to fulfill her God-given destiny.
Akinyemi, Oginni, AFD wrote on behalf of a Coalition of 60 Christian Professional groups in Nigeria