Liver cancer, Is surgery the only option?

Posted by: admin Categories: Electroporation
Comments Off on Liver cancer, Is surgery the only option? 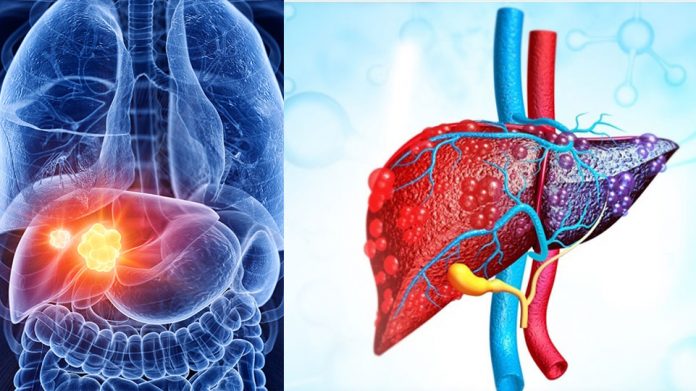 Liver cancer is the fourth leading cause of cancer-related death, with a three times increase in the occurrence of new cases during the past 40 years. It generally carries a poor prognosis. Surgical resection – removing the cancerous portion of the liver – is considered the best hope for a cure. Unfortunately, most patients do not qualify for surgery due to extensive tumor burden, the presence of extra-hepatic spread, or the extent of underlying liver disease. Liver transplantations are available for a small number of patients, but organ supply is limited, and tumor progression during the prolonged waiting period results in a high dropout rate.

Interventional radiology allows medicine and technology to combine forces and come up with revolutionary minimally invasive non-surgical anticancer treatments, which are described briefly below.

This treatment is used to treat smaller tumors of less than 3 cm size. Interventional radiologists or oncologists insert a small, needle-like probe directly into the tumor using live image (CT/USG) guidance to identify its precise location. Radiofrequency energy is then delivered through the probe which generates heat and destroys the liver tumor. 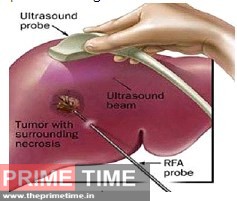 Microwave ablative therapy:
Under CT/USG guidance, a specially designed microwave probe is directly inserted into the tumor and the abnormal tissue is killed by heat generated around the probe. The advent of microwave ablation has resulted in greater ablation zones, decreased patient pain, and fewer detrimental treatment effects on adjacent blood vessels.

Trans-arterial chemoembolization (TACE) utilizing a chemotherapeutic agent mixed with oil is the recommended first-line therapy in intermediate-stage disease. During this procedure, interventional radiologists employ live image guidance to advance a small tube, called a micro-catheter, through a tiny hole in the patient’s groin or wrist until it reaches the blood vessel that supplies the liver tumor. Once in place, the micro-catheter is used to deliver high doses of chemotherapy to the exact location of the tumor following which the flow of blood through the artery is blocked for a short time so the chemotherapy stays in the tumor longer. Blocking the blood supply to the tumor also destroys cancer cells.
In addition to being used as a primary treatment for HCC, chemoembolization may be used to slow tumor growth for people who are on the waiting list for liver transplantation. 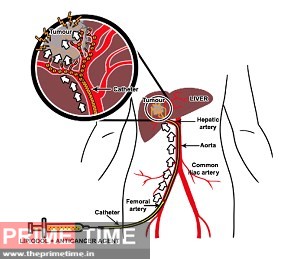 Trans-arterial radioembolization (TARE)
Radioembolization with yttrium-90 loaded beads is an alternative transarterial treatment option in patients with intermediate-stage HCC. During this procedure, once the microcatheter is selectively advanced into the artery supplying the liver tumor, radioactive material is injected into the tumor. Radioembolization has been shown to have similar treatment efficacy and safety profile when compared to chemoembolization.
One of the enormous benefits of minimally invasive interventional radiology treatment is its reduction in side effects, compared to systemic chemotherapy or conventional radiation. These precision interventional treatments are so well-tolerated that they are mostly outpatient procedures without the need for general anesthesia. For interventional treatments, occasional side effects might include fatigue, flu-like symptoms, and inflammation due to a rise in liver enzymes. But those side effects tend to pass quickly, within one to two weeks after treatment. Patients can quickly return to normal daily life.