An Overview of the SARS-CoV-2 Vaccines

Posted by: admin Categories: Electroporation
Comments Off on An Overview of the SARS-CoV-2 Vaccines


Following the publishing of the genetic sequence of the severe acute respiratory syndrome virus 2 (SARS-CoV-2) virus in January 2020 pharmaceutical companies around the world have been racing to develop a safe and effective vaccine, with many reaching clinical trials in record time. 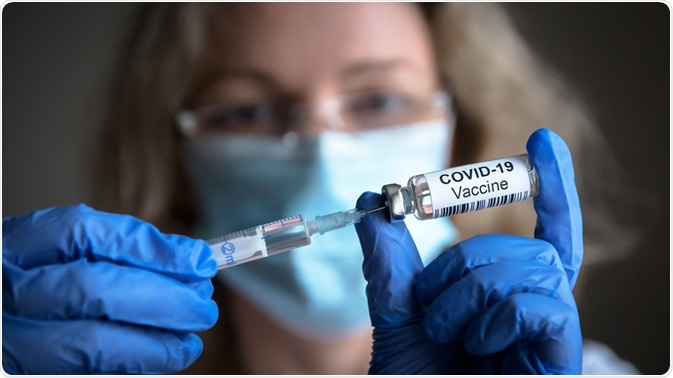 In comparison, 22 months had elapsed following the outbreak of MERS-CoV in 2012 before an approved vaccine was available. The method of action and constituents of any particular vaccine may vary wildly, just as the viruses they protect against target different cells and take differing routes to infection.

SARS-CoV-2 has been well reported to induce a range of immune responses in patients, with some remaining non-symptomatic while others just as heavily infected are in need of hospitalization, and this variability makes the development of a long-lasting vaccine that will guarantee immunity throughout the whole population highly challenging.

SARS-CoV-2 binds to the angiotensin converting enzyme 2 (ACE2) receptor, which is expressed in many tissues and organs throughout the body, particularly in the lungs, gut, and brain. The wide presentation of the ACE2 receptor is in part the reason for the highly variable symptoms of COVID-19.

T-cells are responsible for immune memory and the generation of high-affinity antibodies, and SARS-CoV-2 infected patients tend to show elevated antibody levels for significant periods post-infection.

Unlike most other vaccines that are either inactivated (consist of virus particles that have no disease-producing capacity) or attenuated (made less harmful or virulent), many of the vaccines approved for use against COVID-19 so far are nanotechnology-based.

Two of the earliest companies to announce a successful vaccine were Moderna and Pfizer-BioNTech, both of which utilize lipid nanoparticles to encapsulate a mRNA payload. The mRNA encodes for the production of an antigen known to be specific to SARS-CoV-2, allowing the machinery of the cell to produce the antigen to which the body will then develop immunity.

The use of a lipid nanoparticle carrier can potentially provide several benefits, including the possibility of direct cytoplasmic delivery and increased specificity towards antigen-presenting cells. The full details of each formulation are yet to be released, though the Pfizer-BioNTech lipid nanoparticle is known to be slightly cationic, which could potentially aid in cell internalization due to the slight negative charge of the cell membrane.

Both the Moderna and Pfizer-BioNTech vaccines use mRNA that encodes for the spike protein of SARS-CoV-2, the protein that would bind with the ACE2 receptor.  The spike protein consists of two subunits, the first of which is responsible for the initial binding with ACE2 while the second promotes viral fusion.

The Moderna vaccine, mRNA-1273, specifically encodes for the pre-fusion form of the protein and is largely intact besides two amino-acid substitutions at positions 986 and 987 that help to keep the protein stable in this pre-fusion state. The surrounding lipid nanoparticle is composed of four lipids, the exact structure of which is yet to be announced. However, previously developed lipid-nanoparticle based vaccines from Moderna contain 1,2-distearoyl-sn-glycero-3-phosphocholine, cholesterol, and polyethylene glycol-lipid, which may also be the case here.

The mRNA utilized by the Pfizer-BioNTech vaccine (BNT162) encodes for the receptor binding domain of the spike protein only, found on the first subunit of the protein. The mRNA has been modified to incorporate 1-methylpseudouridine, which aids in reducing the immunogenicity of the mRNA and increases translation rate, most likely through improved stability of the molecule, although this has yet to be entirely elucidated.

Again, the exact formulation of the lipid nanoparticle carrier has not been published, though past papers from the company indicate it could contain phosphatidylcholine, cholesterol, and polyethylene glycol-lipid.

The vaccination technology employed by these companies has not yet before been approved following initial clinical trials for any other disease, though in this case the comparatively quick development time and urgency of the situation have brought this technology to the fore.

Since the vaccine itself does not carry the antigen there is little chance of neutralization in the serum, and repeated booster regimens are less prohibitive. Since RNA replicates in the cytoplasm it does not need to be localized to the nucleus, like DNA. However, DNA vaccines generally offer more long-term replication and are less likely to require additional boosts. In light of this, several other companies have instead been working towards a DNA-based viral vector vaccine. 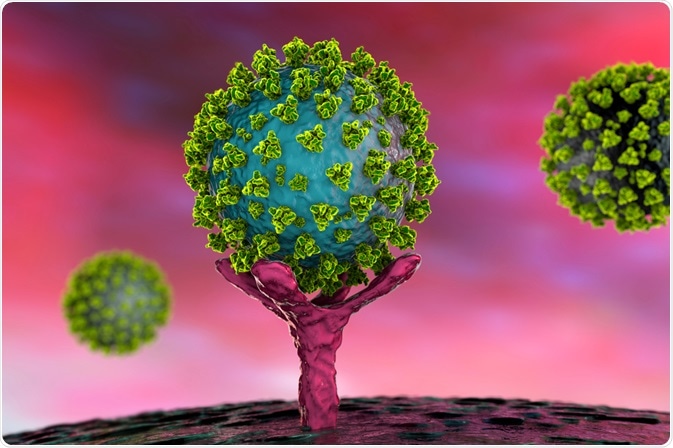 Adenoviruses are simple non-enveloped viruses that contain a linear double-stranded DNA genome, and are responsible for a variety of diseases including the common cold. Adenovirus vectors are used in vaccines to express foreign antigens and thus stimulate an immune response, achieved by replacing sections of DNA within the adenovirus.

Adenoviral DNA does not integrate into the genome of the host, and is not replicated during cell division. Since the adenovirus is sourced from a family of common viruses including the common cold, many patients have already developed neutralizing antibodies, leading to the use of adenoviruses that had originally evolved to infect other species, and to which humans do not have immunity.

The Oxford-AstraZeneca vaccine (ChAdOx1) utilizes an adenovirus vector derived from the chimpanzee, incorporating genetic sequences that instruct cellular machinery to produce the full length spike protein of SARS-CoV-2. Some changes were made to the genetic sequence that would prevent replication and improve translation, specifically by deletion of E1 and E3 and incorporation of a tissue plasminogen activator leader sequence.

The Chinese vaccine company CanSino took a similar approach, though used an adenovirus native to humans that is often employed as a vaccine vector: adenovirus type 5. The company noted that around half of their early participants had pre-existing immunity towards adenovirus type 5, compared to only 1 in 98 patients for the chimpanzee sourced Oxford-AstraZeneca vaccine.

Both vaccines demonstrated some adverse effects in early clinical trials, including mild to moderate pain, fatigue, and headache, with the Oxford-AstraZeneca vaccine being co-administered with anti-inflammatory drug acetaminophen as a precaution that seemed to lessen these problems.

Dozens of additional companies are working towards creating a safe and reliable vaccine, some utilizing the technologies described above, while others rely on more classical attenuated or inactivated virus vaccine platforms. However, the latter are rarely suitable for use with immunocompromised individuals, making it less than ideal for the protection of those most vulnerable.

Each of the three vaccines discussed in detail here, BNT162 (Pfizer-BioNTech), mRNA-1273 (Moderna), and ChAdOx1 (Oxford-AstraZeneca), have been found to possess an acceptable safety profile across phase I, II, and III clinical trials, having now been administered to many thousands of patients from across the globe. They all report a high degree of efficacy, stated to be as high as 95% depending on the age group, sex, ethnicity, infection status, and dosing regimen.