Posted by: admin Categories: Covid19
Comments Off on Madhya Pradesh Step Up Surveillance After Omicron Cases In Neighbouring States 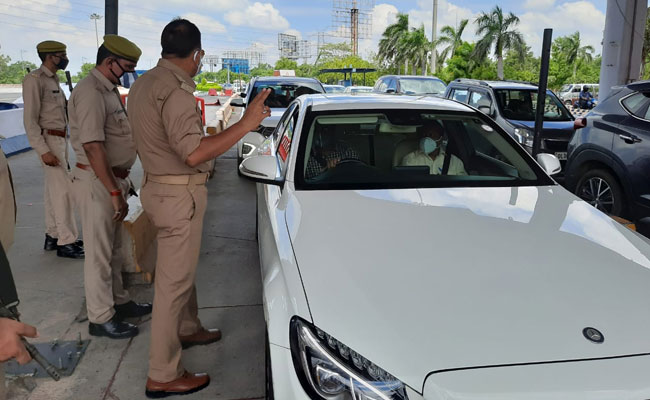 The Madhya Pradesh government has increased the watch at the state's borders. (Representational image)

The Madhya Pradesh government has increased the watch at the state's borders and is taking various precautionary measures in the wake of cases of the Omicron variant of COVID-19 found in neighbouring states, MP Home Minister Narottam Mishra said on Monday.

Talking to reporters in Bhopal, Mr Mishra also said 17 new COVID-19 cases have been found in MP during the past 24 hours, including six in Indore and eight in the state capital Bhopal.

Madhya Pradesh shares its border with five states, and the Omicron variant of COVID-19 has been detected in three of them - Maharashtra, Rajasthan and Gujarat.

So far, there has been no case of the new COVID-19 variant in MP.

“Following cases of Omicron in neighbouring states, we are increasing the watch at Madhya Pradesh borders and taking precautions with utmost concern,” said Mishra, who is the state government's spokesman.

He appealed to the people to be careful, and said the MP government was making efforts to prevent the third wave of COVID-19 in the state.

“All necessary steps have been taken, resources are arranged and all the requirements will be fulfilled to prevent the third wave. The state has more than required medical oxygen and an adequate number of plants of the life-saving gas have been started,” the minister said.

There is adequate availability of hospital beds, Intensive Care Units (ICUs) and medicines like Remdesivir, he said.

The number of COVID-19 vaccine doses administered in the state crossed the nine crore-mark on Sunday evening.

The state has an eligible population of 5.59 crore for taking the COVID-19 vaccine. PTI ADU

« Nancy Kerrigan To Skate In Holiday Ice Show On Long Island
Risk for Recurrent Venous Thromboembolism and Bleeding With Apixaban Compared With Rivaroxaban: An Analysis of Real-World Data »