Posted by: admin
Comments Off on Reduce stress and anxiety 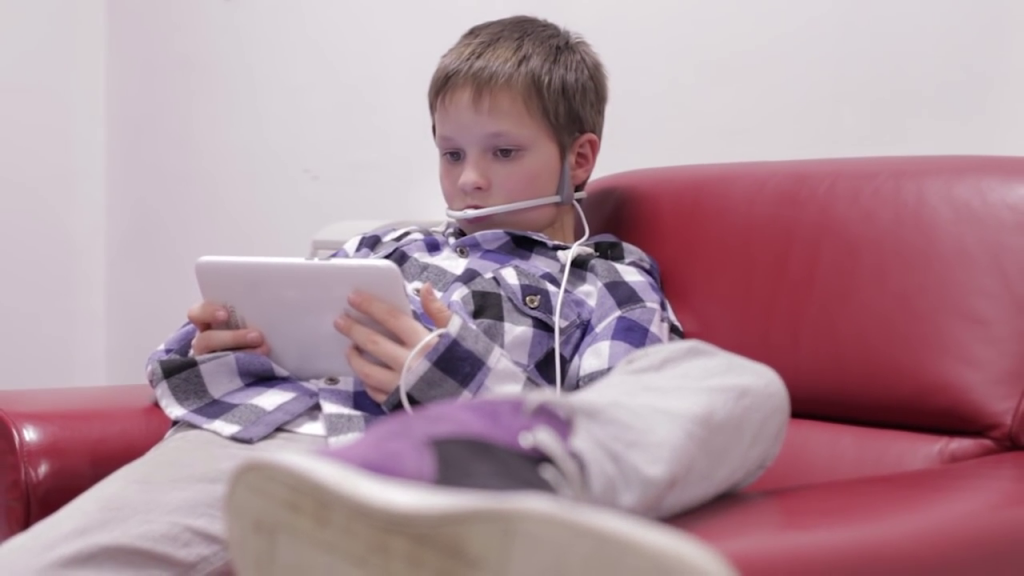 Did you know that human beings respond to stress by inhaling and holding air? It results in a so called "Fight or Flight" response which raises sympathetic activity of autonomous nervous system. It increases heart rate and starts secretion of various stress hormones, therefore digestion slows down and the activity of cognitive functions is increased. Exhalation through pursed lips is opposite in its effect, it's called a "Rest and Digest" response.

Exhalation through pursed lips is longer and more efficient than exhalation only through nose, consequently the body relaxes more, peripheral vascular blood flow occurs due to the release of nitric oxide and the heart slows down. It looks like a sigh of relief. Lack of such an exhalation in everyday behaviour imposes a lasting impact in the form of high blood pressure and disturbed digestion that may even lead to stomach ulcers.

By playing breathing exercises we teach kids to recondition a stress response from inhaling to an exhaling breathing pattern which increases parasympathetic activity of nervous system. It results in a relaxed, calm and healthy behavior. Try it, imagine any visual image that makes you anxious and simultaneously exhale. Your brain now conditions this visual stimulus with the parasympathetic tone that is being induced by neurons in the brainstem. The next time you are confronted with this visual stimulus, your brain will trigger the parasympathetic tone as it was conditioned by the above experiment consequently slowing heart, relaxing muscles and promoting digestion. If you reverse this experiment, imagine the same visual and try inhaling simultaneously you would condition a sympathetic arousal similar to a Fight and Flight response and if repeated it would escalate towards a panic attack.

Did you know? Breathing is the only way to control your heart consciously. Each inhalation accelerates the heart while each exhalation slows it down. This phenomena is usually observed as "Heart Rate Variability" and is commonly explained as "Respiratory Sinus Arrhythmia".   Exhalation through pursed lips prolongs the exhalation and so it reduces heart rate, reduces blood pressure, increases heart rate variability and increases "Vagal tone".