Asthma is a condition caused by inflammation in the airways (called bronchi) that lead to the lungs. This inflammation causes airways to tighten and narrow, which blocks air from flowing freely into the lungs, making it hard to breathe.

Breathing games promote exhalation against resistance of pursed lips. It creates positive expiratory-end pressure (PEEP) which opens the airways making it easier to breathe. Additionally it slows down breathing which provides a calming effect. This method of breathing has many advantages especially to asthmatics. Some of them are listed below:

In an asthma attack, less air reaches the lungs as the bronchi get inflamed and secrete excess mucus which makes the body work harder to breathe.

Pursed-lip breathing makes breathing more effective as it reduces the effort required to breathe by enhancing the use of the diaphragm and the intercostal muscles instead of chest and neck muscles.

Did you know that human beings respond to stress by inhaling and holding air inside them..?

It results in a so called Fight or flight response which raises sympathetic activity of autonomous nervous system. It increases heart rate and cardiac ejection force and so it raises blood pressure. Additionally secretion of stress hormones starts (cortisol, glucagon, catecholamines, antidiuretic hormone), therefore digestion slows down and the activity of cognitive functions is increased.

…and they release air when they feel relieved?

Exhalation through pursed lips is a sign of relief.

What Can Be Done?

Asthma attacks can be managed by proper breathing exercises. When kids are experiencing an asthma attack they feel stressed and they find it harder to slow their breathing. Breathing games teach kids to slow down their breathing instinctively and thus cope with asthma more easily.

Did you know? Pursed lip breathing is recommended to asthma patients worldwide. It is the only breathing exercise to be today included in all Asthma Action Plans, learn more at  American Asthma Association. 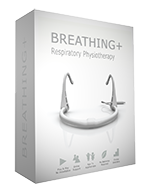